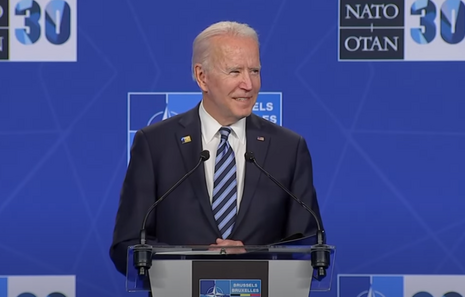 A newly released poll by the Trafalgar Group — in partnership with Convention of States Action — revealed that a bipartisan 39 percent plurality of Americans held Biden as “most responsible for rising inflation.” The demographics within the poll of 1,073 likely voters were very telling: 39.3 percent of respondents were Democrat, while only 35.6 percent were Republican, and 25.1 percent were “Non-Partisan/Other.” So much for The Hill’s recent attempt to spin concerns of inflation as a “Republicans have pounced” story.

But that’s not all. Excluding those who said “don’t know,” Biden actually came in second among exclusively Democratic respondents pinning blame for rising inflation with 21.5 percent. Former President Donald Trump came in first place for blame among Democrats with 27.3 percent. In addition, a sizable plurality (35.5 percent) of respondents identified as “No Party/Other” blamed Biden for inflation. 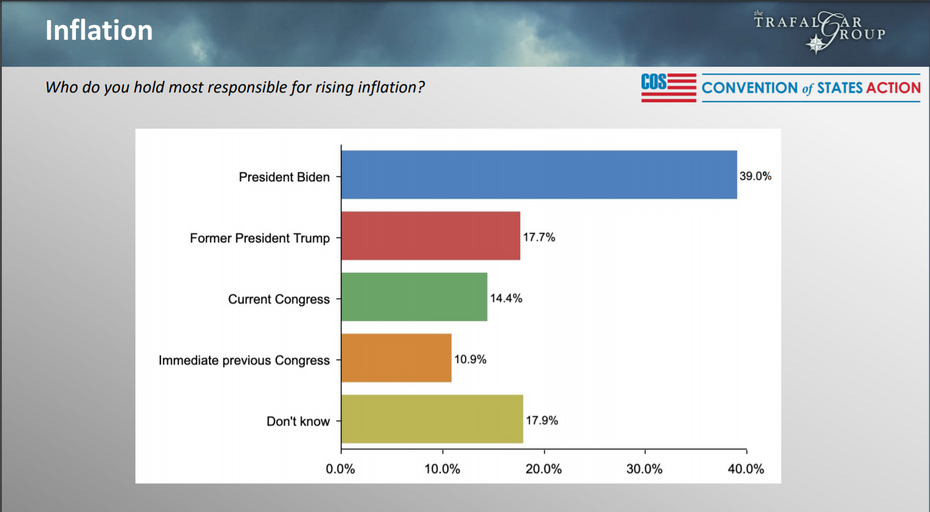 Convention of States Action President Mark Meckler blamed Democratic leadership in Washington for being fixated only on issues that cater to the cadres of D.C. elitists.

On a wide range of issues that hit home for and impact everyday Americans—from the border, to COVID-19 policy, to inflation—current leadership in Washington is not only getting it wrong, they’re focused on issues that only DC elites care about. And DC doesn’t pay the price, we do. 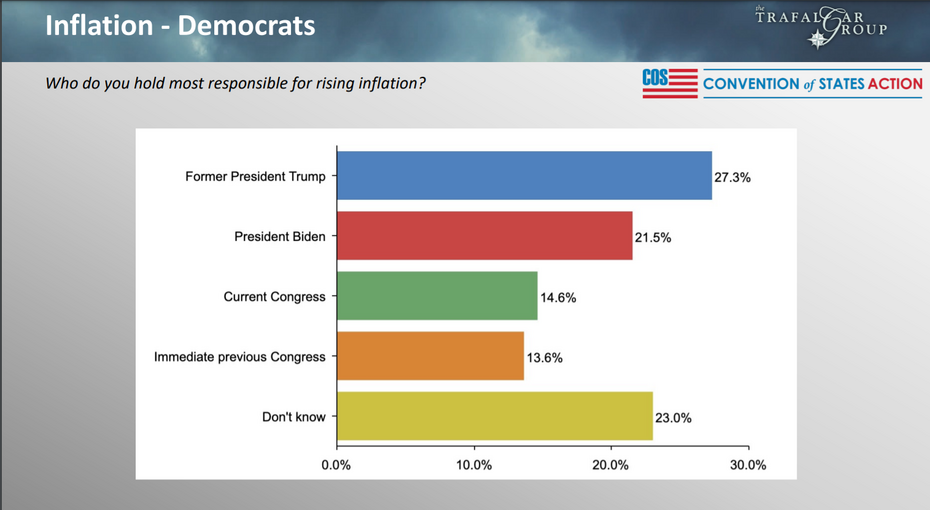 The media, however, have only seemed concerned with trying to insulate Biden from any bad economic news that could throw a wrench into his agenda.

MSNBC host Chris Hayes recently mocked consumer concerns over inflation by making it just about the price of food at Chipotle during the June 10 edition of All In. Hayes tried to make concerns about inflation an exclusively Republican issue in his mockery:

The Republican Party has found the Achilles’ heel of the Biden economy, expensive burritos.

Recently, ABC’s Good Morning America, CBS This Morning and NBC’s Today all ignored the Bureau of Labor Statistics report on the Consumer Price Index (CPI) during their June 10 broadcasts. The report revealed that consumer prices had skyrocketed a whopping 5 percent in May on a year-over-year basis. It was “the biggest surge in inflation in nearly 13 years,” The Wall Street Journal reported. 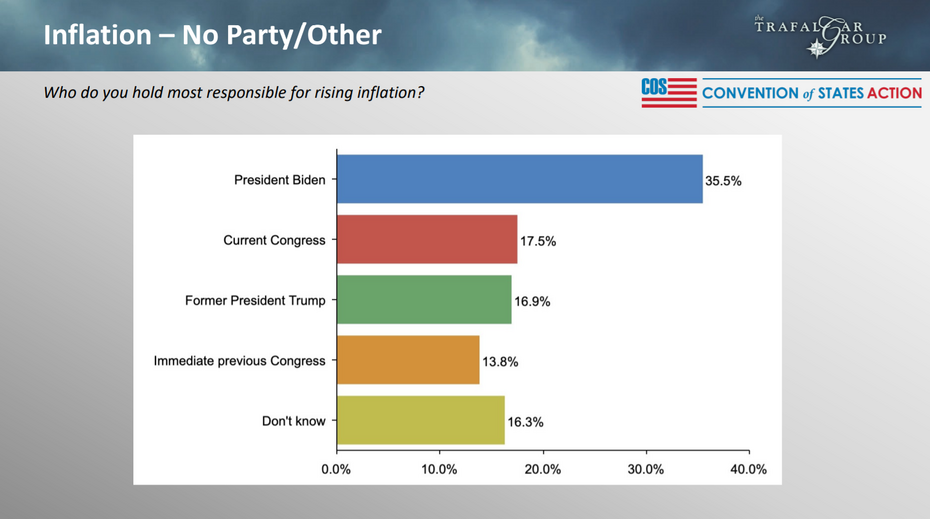 It’s a wonder how the media will spin the recent breaking news that producer price inflation surged in May by 6.6 percent on an annual basis, the “most on record,” according to Fox Business.