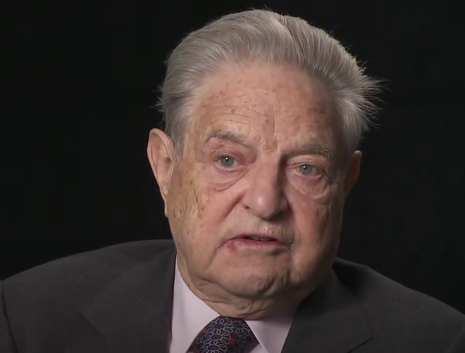 Liberal billionaire George Soros signed an open letter in 2019 calling on 2020 presidential candidates to adopt the infamous “wealth tax” on the rich. But he reportedly paid no federal income tax three years in a row.

Soros-funded outlet ProPublica published a report exposing how “Soros paid no federal income tax three years in a row.” A Soros spokesman reportedly told ProPublica: “‘Between 2016 and 2018 George Soros lost money on his investments, therefore he did not owe federal income taxes in those years. Mr. Soros has long supported higher taxes for wealthy Americans.’” But as The Dan Bongino Show’s Matt Palumbo noted, “the performance of Soros Fund Management, the fund responsible for Soros’ massive wealth, gained 5% in 2016, 8.9% in 2017, and 0.9% in 2018. Where exactly is the loss that they’re speaking of?”  [Emphasis added.]

Soros signed an open letter in 2019 calling on presidential candidates to adopt a wealth tax on the top one-tenth of one percent. The letter reeked of left-wing propaganda: “Those of us in the richest 1/10 of the richest 1% should be proud to pay a bit more of our fortune forward to America’s future. We’ll be fine — taking on this tax is the least we can do to strengthen the country we love.” In essence, it appeared Soros was being hypocritical.

Reading the text of the 2019 open letter further underscored the amount of hypocrisy in Soros’s push for a wealth tax, while he paid reportedly nothing in federal income tax for three years straight:

The concept of a wealth tax isn’t new: Millions of middle-income Americans already pay a wealth tax each year in the form of property taxes on their primary form of wealth — their home. The kind of moderate tax on the richest 1/10 of 1% that we support just asks us to pay a small wealth tax on the primary source of our wealth as well.