When liberal donor George Soros and several other liberal billionaires called for a wealth tax, the media swooned. 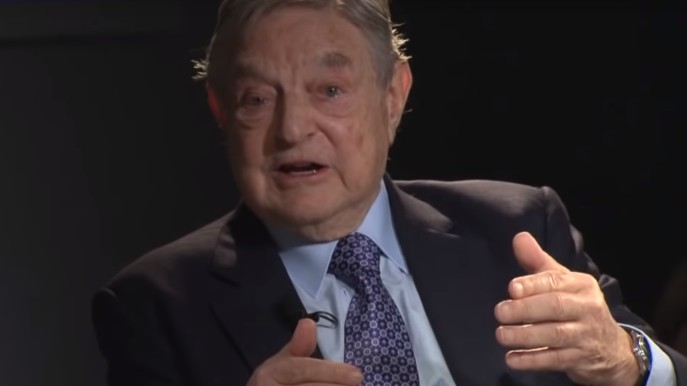 Soros, Facebook co-founder Chris Hughes, heiress Abigail Disney and 15 others wrote an open letter calling on presidential candidates to adopt a wealth tax on the top 1/10 of 1 percent.

Vanity Fair was thrilled on June 24, publishing a supportive, hyperbolic account of the “zillionaires’” letter declaring: “Conscience-Stricken Billionaires Beg 2020 Candidates: Take Our Money.” Nevermind criticism that a wealth tax is unconstitutional, the reaction from Vanity Fair, The New York Times and CNN stories avoided tough questions and criticism. Bloomberg breezed over the fact that “some” unnamed people say it would be too difficult to impose, or unconstitutional.

Stories that read like press releases are public relations, not journalism.

That uncritical treatment was predictable given the media’s history of complaining about wealth and inequality. Rather than question the premise, or motives or find counterarguments, Vanity Fair, the Times and some other outlets repeated or promoted the letter as is — without challenge.

The letter opined, “Those of us in the richest 1/10 of the richest 1% should be proud to pay a bit more of our fortune forward to America’s future. We’ll be fine — taking on this tax is the least we can do to strengthen the country we love.”

They can pay more without the government imposing a wealth tax. No one is standing in their way.

The New York Times and CNN the letter’s arguments for a wealth tax (along with including a few supporting citations of their own) without criticism.

Yet, satisfying constitutional requirements for a wealth tax would be extremely difficult according to scholars and media including The Baltimore Sun and Wall Street Journal.

As The Baltimore Sun concluded on April 9, 2019, “[I]f a tax is a direct tax, the Constitution requires that it be apportioned among the states on the basis of population, regardless of how the tax base is spread across the country.”

“The amount that would have to be collected from two states with equal populations would have to be the same, even if one of the states is wealthy and the other poor. That would be crazy, and, as a result — or so one hopes — Congress wouldn’t enact such a tax,” the Sun continued.

Bloomberg’s wire story about the elite handful of liberal billionaires demanding a wealth tax only included a quasi-critique from anonymous Democrats who warned “it would be difficult to objectively assess the value of wealth like artwork and jewels or illiquid assets. There are also concerns that such a tax is unconstitutional because the federal government is prohibited from taxing property, only income.”

Bloomberg undercut that admission with the comeback "that's a lazy argument," from one of the letter's signers.

Well before Soros, Disney and others called for a wealth tax, candidates like Sen. Elizabeth Warren (D-Mass) did. Responding to her proposal, The Wall Street Journal warned it would be unconstitutional.

On January 25, the Journal noted, “The 16th Amendment authorizes Congress to tax ‘incomes, from whatever source derived.’ It does not give Congress the power to tax balance sheets as well.”