Bloomberg News blew away the left’s hypocritical outrage about conservative “dark money” by tying President Joe Biden to precisely that kind of campaign funding — after the election, of course. 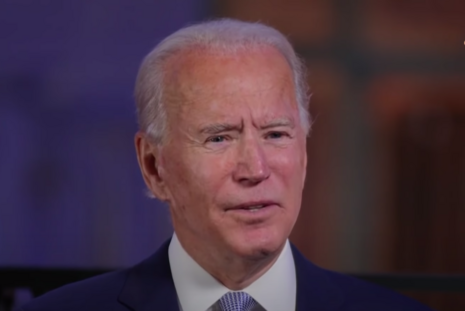 The liberal outlet admitted in a new report that Biden “benefited from a record-breaking amount of donations from anonymous donors to outside groups backing him.” Bloomberg News assessed that this meant the “public will never have a full accounting of who helped him win the White House.” But here’s the kicker: Biden’s campaign was backed by “$145 million in so-called dark money donations, a type of fundraising Democrats have decried for years.” By contrast, this amount dwarfed “the $28.4 million [in “dark money”] spent on behalf of his rival, former President Donald Trump.” In essence, Biden “dark money” beat Trump "dark money" by a whopping $116.6 million. [Emphasis added.]

Bloomberg News pinpointed the radical leftist group Priorities USA Action Fund as the “super political action committee that Biden designated as his preferred vehicle for outside spending.” The group “used $26 million in funds originally donated to its nonprofit arm, called Priorities USA, to back Biden.”

The George Soros-funded Priorities USA Action had been bombarding TV throughout the 2020 electoral cycle with disgusting anti-Trump ads, accumulating tens of thousands of seconds of airtime.

Bloomberg’s report is pretty damning, given how Biden himself had lambasted the use of “dark money” on Jan. 21, 2020 in a tweet: 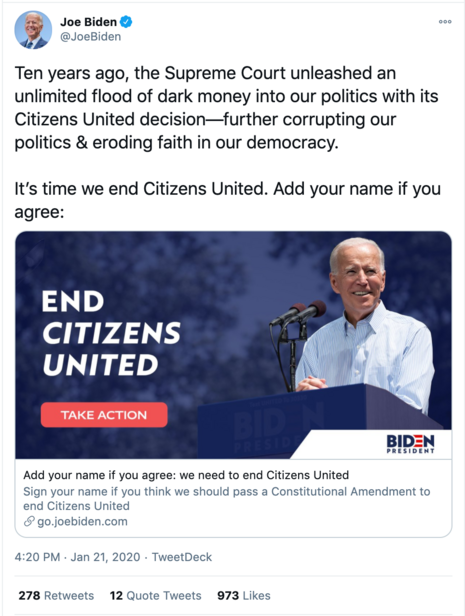 It’s a wonder what anti-dark money crusader Sen. Sheldon Whitehouse (D-RI) has to say about Biden’s connections to “dark money.”

Bloomberg News summarized why Biden’s “dark money” boost has made Democrats out to be blatantly two-faced on the matter:

Democrats [like Whitehouse] have said they want to ban dark money as uniquely corrupting, since it allows supporters to quietly back a candidate without scrutiny. Yet in their effort to defeat Trump in 2020, they embraced it.

Rules for thee but not for me?