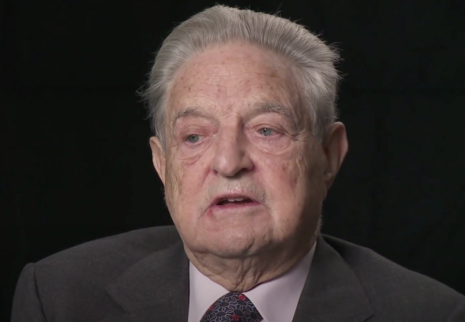 Federal Election Commission (FEC) records show that the Soros super PAC — Democracy PAC — gave at least $2,545,454.55 to the radical group Planned Parenthood Votes (PPV). The group, which is associated with Planned Parenthood, “makes contributions to candidates who support abortion,” according to Influence Watch. The group, to date, had bled through $10,863,121 in total expenditures on federal elections during the 2020 cycle. This means that Democracy PAC’s funding accounted for 23 percent of PPV's entire 2020 electoral cycle spending on federal elections.

Soros had launched Democracy PAC in 2019 with an initial $5.1 million in funding, which suggested that he was “poised to spend heavily in the 2020 elections,” Politico reported. The PAC has since received millions in funding from another one of Soros’s groups: Fund for Policy Reform.

But there was another pro-abortion political group that also received a hefty sum of cash from the Soros PAC. The radical NARAL Freedom Fund also received $1 million from Democracy PAC in March. The group had run a disgusting anti-Trump abortion attack ad in early 2020 to influence voters. The ad featured “young women accusing the President and his allies of putting ‘ideology over science,'” National Public Radio (NPR) reported April 15.

At the time, the Soros PAC was NARAL Freedom Fund’s only reported source of income, according to the group’s April Quarterly report.

Soros was not the only liberal billionaire to get in on the baby-killing funding.

The owner of Bloomberg News Michael Bloomberg also gave a whopping $4 million to PPV in the 2020 cycle.

Both Soros and Bloomberg spending millions to promote the slaughter of the unborn aligns with President-elect Joe Biden’s anti-life agenda to roll back Trump rules on abortion.

Susan B. Anthony List President Marjorie Dannenfelser referred to Biden’s abortion plans as “extreme.” Specifically, Dannenfelser stated that a “Biden-Harris administration could convert every post office and pharmacy into a virtual abortion center—a longtime goal of the abortion industry, which prioritizes profits over health and safety.” She continued: “The threat to unborn children and their mothers is staggering.”