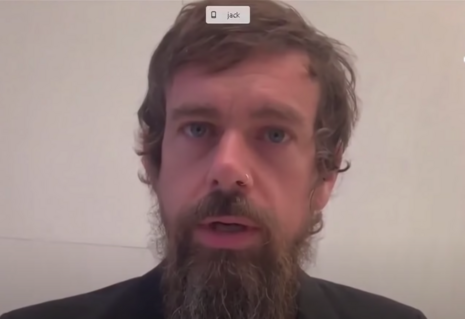 A recent study found that Facebook employees/PACs and Twitter employees contributed over 90% of their contributions of $200 or more to Democrats. Twitter employees, in particular, have since increased their donation disparity in favor of Democrats to almost 100 percent.

Open Secrets records show that for “all federal candidates,” donations of $200 or more from Twitter employees have gone 99.33 percent to Democrats ($574,601) and — wait for it — only 0.67 percent ($3,897) to Republicans. The top recipient, Democratic presidential nominee Joe Biden, received a lion’s share of $157,051, or a whopping 27 percent of Twitter donations to “all federal candidates” ($578,498). Perhaps this explains why Twitter was so keen on censoring multiple Trump tweets yesterday as the election was entering its second day of chaos.

A report from yesterday also found that Twitter was censoring at least six top conservative verified accounts while the election was underway, including the president and his campaign. Others that were censored included The Daily Wire writer Matt Walsh, actor James Woods, Judicial Watch President Tom Fitton and Turning Point USA co-founder Charlie Kirk.

If that wasn't bad enough, during the election, multiple Twitter employees were melting down over the possibility of a potential Biden loss.

The Global Director of Culture and Community at Twitter, God-is Rivera, tweeted when polls were closing: “I’ll never get over it. Time after time this country cuts its nose to spite its face and will obstruct evolution, growth, and even it’s own well-being to uphold the destructive caste system this country was built on. It’s shameful.”

When some media outlets began calling the state of Florida for Trump, Twitter engineering manager Amro Mousa tweeted: “I’m just gonna come out and say it: Florida does not deserve Disney World.”

When the Trump campaign declared victory in the state of South Carolina on Twitter, the platform put a warning label that read: “Official sources may not have called the race when this was Tweeted.”

The National Pulse Editor-in-Chief Raheem Kassam tweeted today that his own publication was allegedly being censored by the platform:

Twitter has restricted @TheNatPulse. as millions flock to read our live blog. None of these stories are ‘misleading,’ nor false, and voting is now over. Twitter is restricting access to verified information from accredited journalists about the massive fraud out there.

After the Hunter Biden bombshell was dropped by the New York Post, a 219-year-old newspaper, Twitter locked the publication out of its account for 17 days. The Post was unlocked October 30. Twitter even locked the White House Press Secretary Kayleigh McEnany, the Trump Campaign, and even the House Judiciary (a part of the United States government) for sharing the Post story.