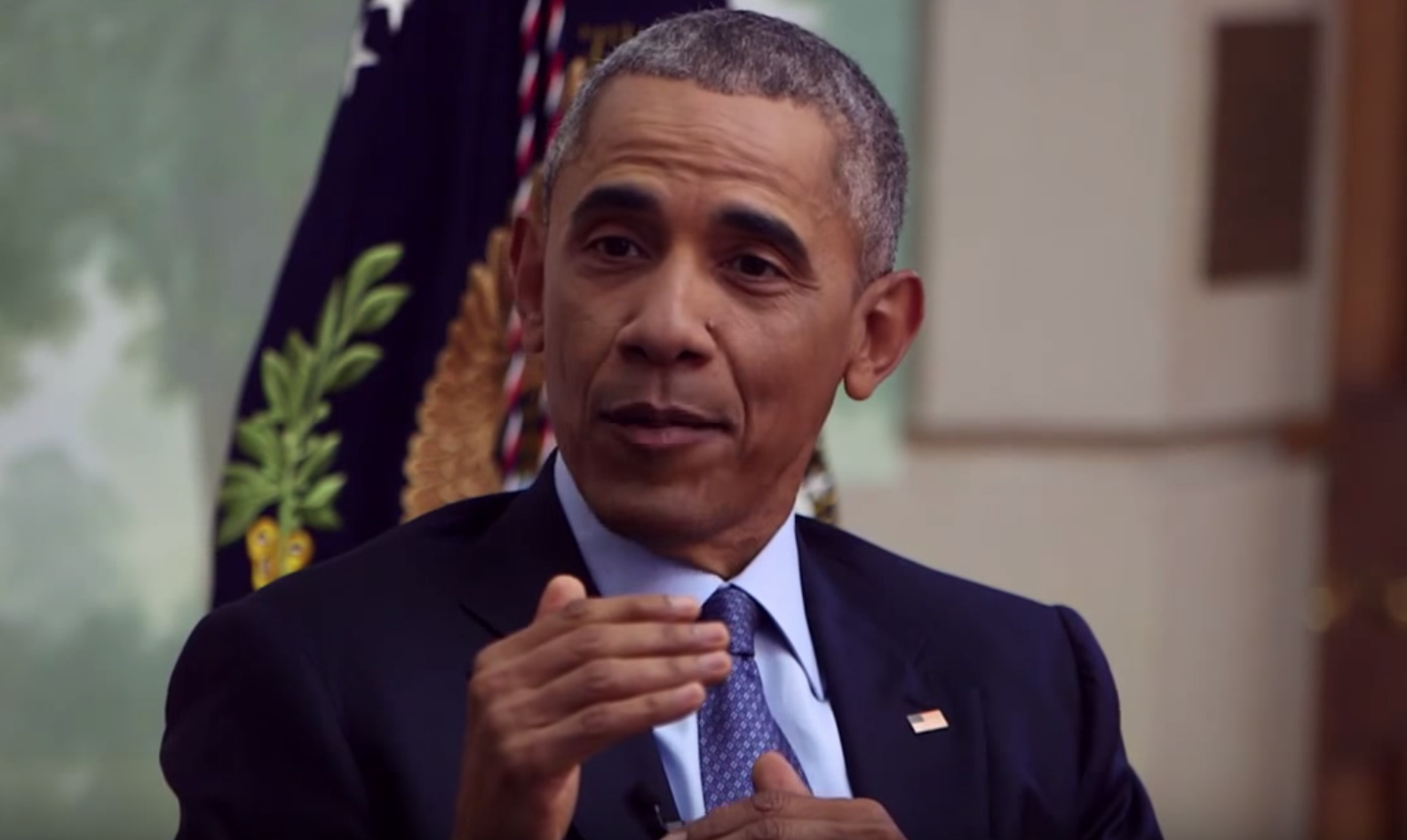 CNN, USA Today and The Washington Post all pushed liberal spin stories elevating Obama’s tweet, which took two veiled shots at the Trump administration. One alleged the administration’s denial "of warnings of a pandemic." Obama’s other shot bleated about the consequences of “climate denial” over Trump's decision to roll back his auto emission standards.

Obama’s tweet stated: “We've seen all too terribly the consequences of those who denied warnings of a pandemic. We can't afford any more consequences of climate denial. All of us, especially young people, have to demand better of our government at every level and vote this fall.” [Emphasis added.] 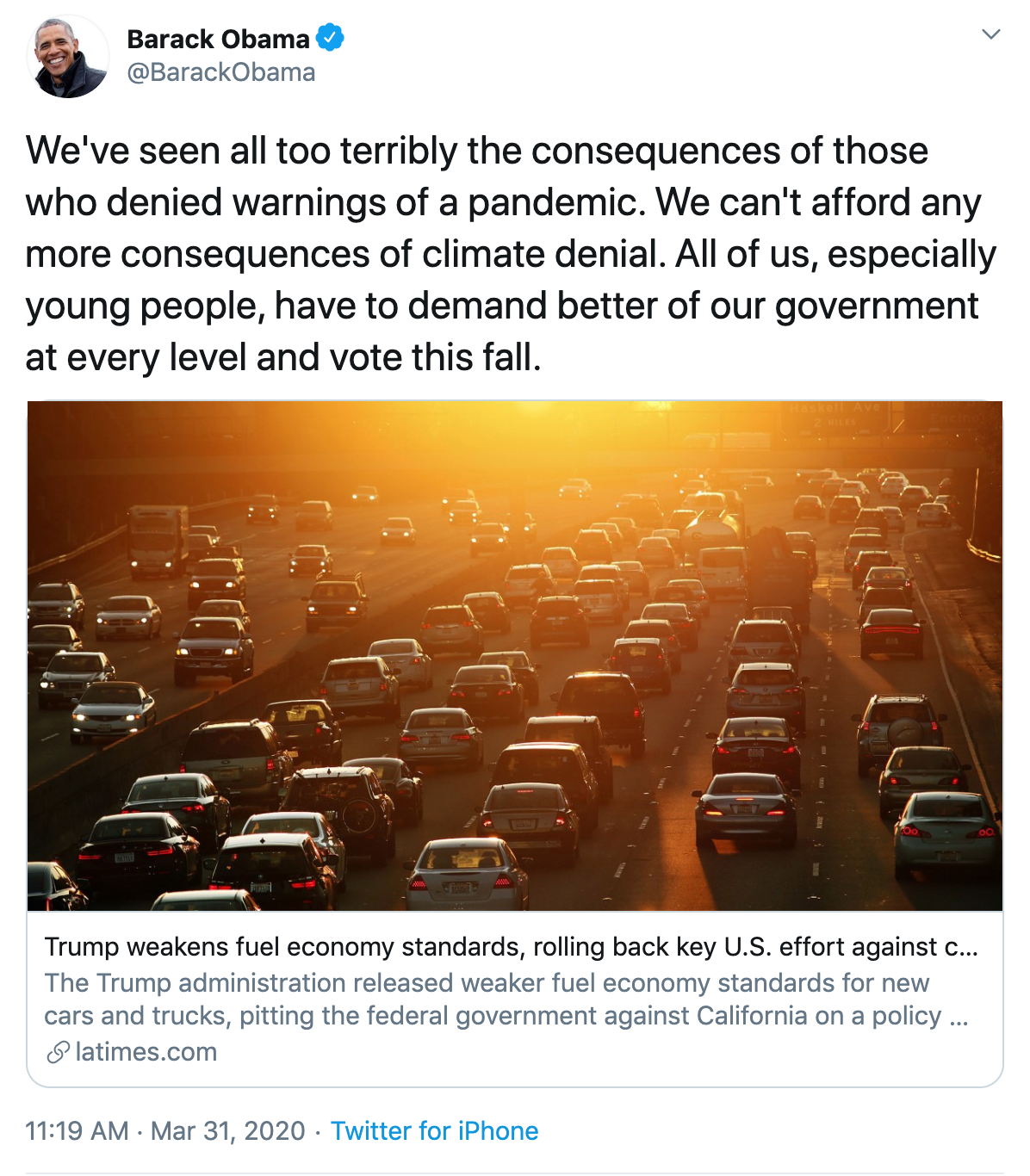 The Post’s story was arguably the worst. The Post attempted to downplay the ridiculousness of Obama’s tweet by headlining their story: “‘A tricky balance’: Obama seeks to inform and reassure the public on coronavirus while avoiding confrontation with Trump.”

The outlet’s lead paragraphs read like something that would come straight out of Obama’s public relations office:

“For weeks, former president Barack Obama has chosen not to respond to the taunts as President Trump seeks to deflect responsibility for the widespread coronavirus outbreak in the United States by shifting some blame to his predecessor. But on Tuesday, Obama appeared to fight back,” [emphasis added].

CNN’s story, headlined “Obama slams rollback of vehicle emission standards in rare rebuke of Trump,” bloviated that “The comment is notable as the former President seldom publicly criticizes his successor, who has focused on undoing his legacy -- particularly his environmental and climate policies.”

USA Today’s story, headlined “Barack Obama takes veiled swipe at Donald Trump's handling of coronavirus pandemic.” The outlet puffed that “Former President Barack Obama appeared to take a swipe at President Donald Trump's initial skepticism of the coronavirus pandemic, a rare rebuff for a president who tends not to weigh in on the work of other presidents.”

The paper continued to follow Obama’s lead and proceeded to denigrate Trump: “The Trump administration has faced sharp criticism for its handling of the coronavirus outbreak, which has crippled the U.S. economy and claimed more than 3,100 lives as of Tuesday. “ It continued: "Trump initially sought to downplay the pandemic and suggested opening up the economy by Easter, or April 12, as recently as last week." [Emphasis added.]

Interesting that the outlets seemed to paint the former president as being hesitant to rip his predecessor. PBS captured a 2018 video of Obama lambasting Trump:

Also, nowhere did the stories listed above mention the recent Gallup poll that showed 60 percent of Americans support the president’s handling of the coronavirus, showing that the majority of the public is at odds with its former president, at least on that point.

Proof-positive the media will continue to ram their eco-extremist politics down the American people’s throats amidst a pandemic.