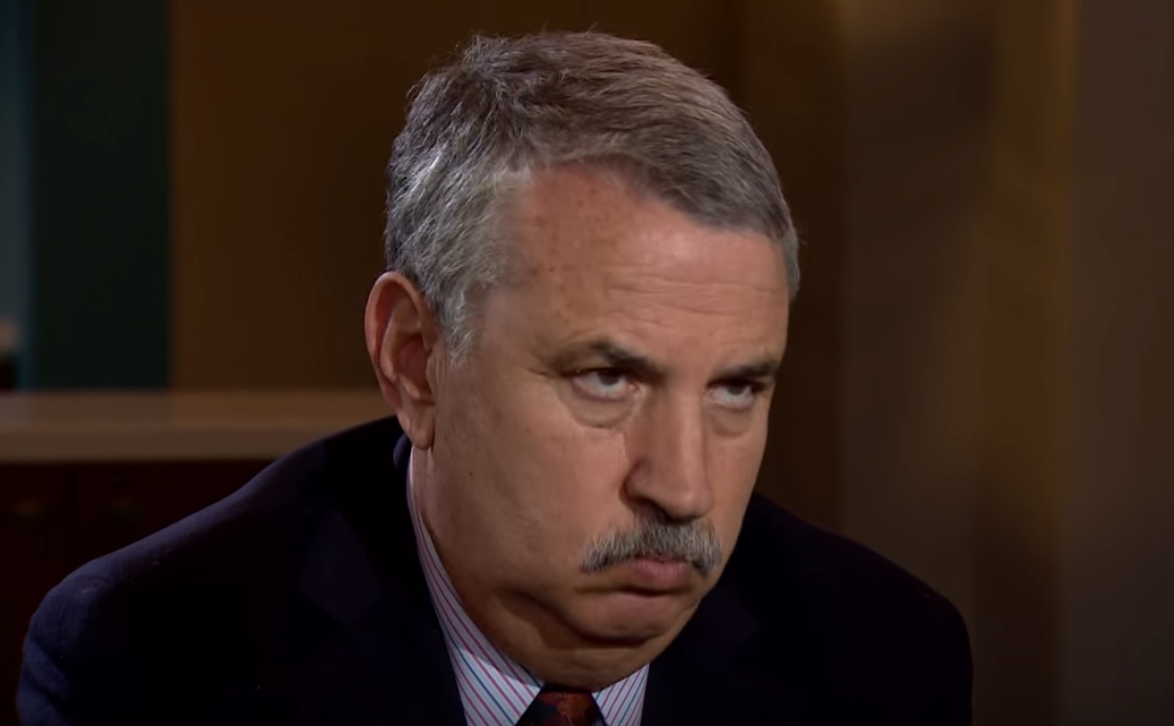 Friedman was determined to get Democrats not to nominate Sanders: “Please, Democrats, don’t tell me you need Sanders’s big, ill-thought-through, revolutionary grand schemes to get inspired and mobilized for this election.” [Emphasis added.]

Friedman noted that the best way to defeat “illiberal populism” (vis-a-vis Trump) is “through broad, inclusive electoral strategies that pragmatically address the economic and social concerns of voters, including those who had previously voted for the populist [Trump].” [Emphasis added].

Has he seen the recent jobs report?

After citing a number of erroneous examples of “inclusive electoral strategies” like “hitting Trump hard on the environment, but not focusing just on ‘climate change,’” Friedman stated that he “was glad to see candidates with this kind of message.” Friedman cited candidates Mayor Pete Buttigieg (D), Sen. Amy Klobuchar (D-MN) and Bloomberg as examples.

Friedman characterized Bloomberg as having “the right stuff — a moderate progressive with a heart of gold but the toughness of a rattlesnake.” [Emphasis added]. 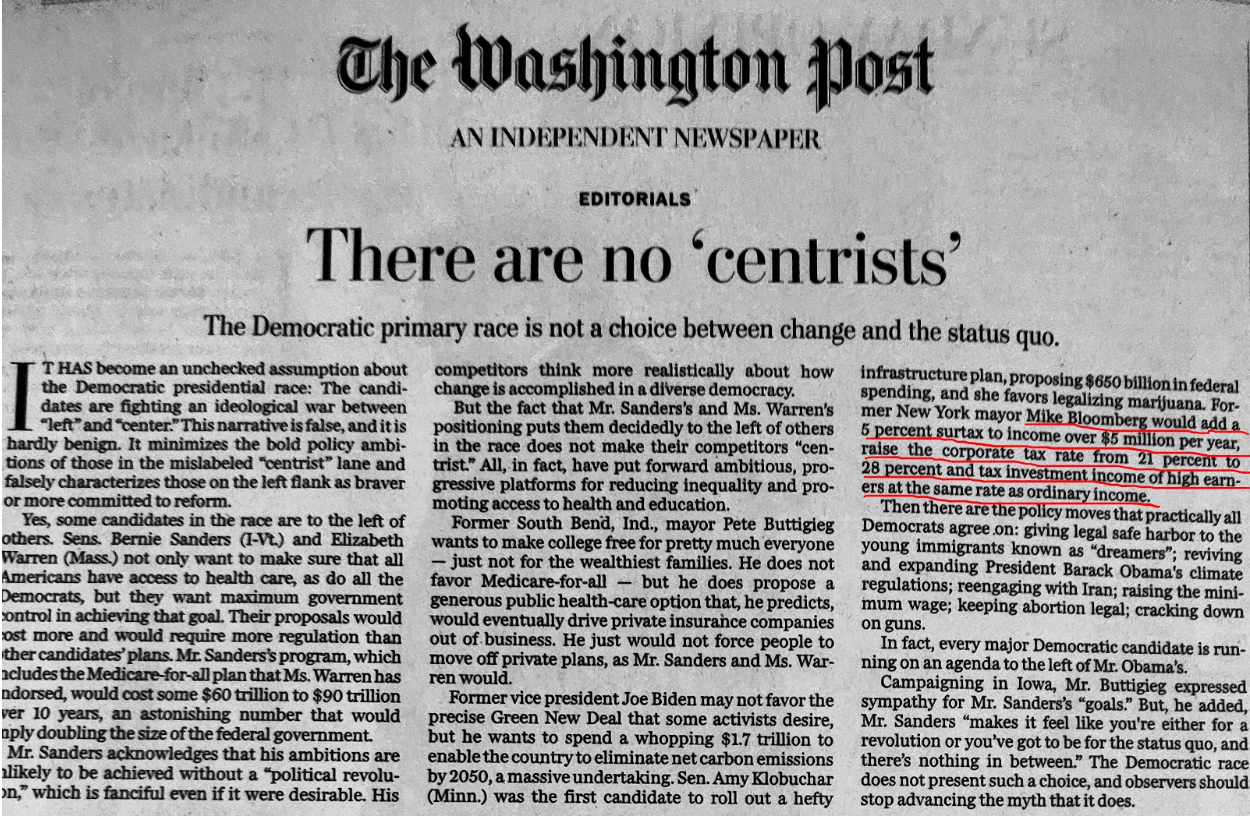 He must have missed The Washington Post Editorial Board’s revealing February 9 editorial headlined “There are no ‘centrists’” among the Democrat candidates. And Bloomberg was no exception: “Former New York mayor Mike Bloomberg would add a 5 percent surtax to income over $5 million per year, raise the corporate tax rate from 21 percent to 28 percent and tax investment income of high earners at the same rate as ordinary income.”

Friedman stated that “[Bloomberg’s] team has for years used social networks to promote progressive issues to centrist and conservative audiences.” [Emphasis added.] Since when is support for abortion — let alone Planned Parenthood — or gun control appealing to “conservative audiences”?

Friedman said he believes Bloomberg is the best candidate to defeat President Donald Trump, of whom he said was Russia and China’s “chump.” Friedman also stated: “Never before have we had a president so utterly lacking in personal integrity.” [Emphasis added.]

Funny that the same Friedman who once wrote in 2009 that “money in politics” was one of the things that “fracture our public space and paralyze our ability to forge optimal solutions,” is now shilling for a candidate who’s willing to pour $2 billion into politics.