The Godfather of the left George Soros was recognized as Inside Philanthropy’s “philanthropist of the year.” Is that because of his history of bankrolling leftist causes? 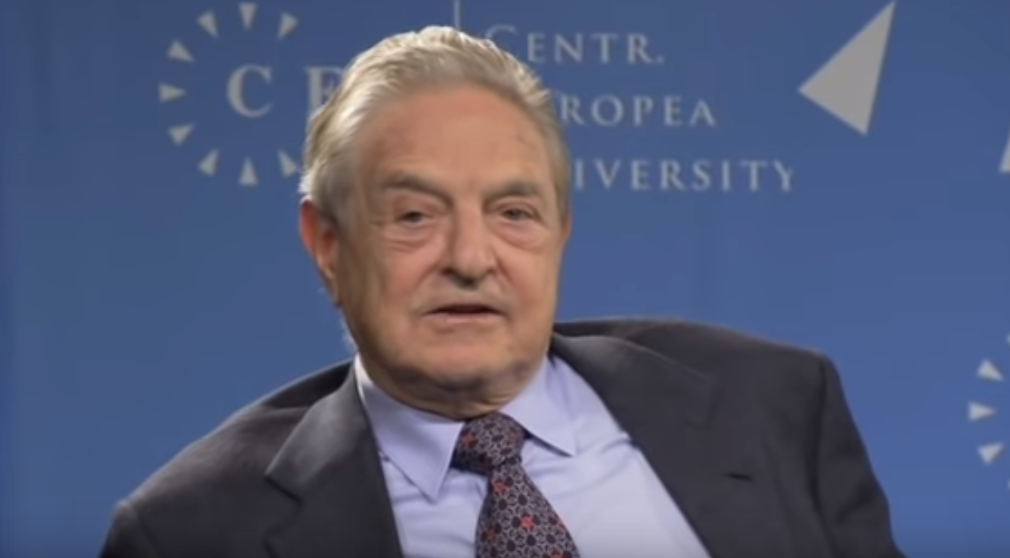 The liberal publication recognized Soros during its Inside Philanthropy’s Philanthropist of the Year Awards (IPPYs), lavishing propaganda-based praise on the billionaire: “[N]o donor is doing more to push back against the rising tide of authoritarianism worldwide.” They must have forgotten that Soros is currently supporting Big Government causes in the U.S. such as gun-control and a wealth-tax.

Inside Philanthropy recognized Soros’ son Alexander Soros, another major liberal donor, as “Most Intriguing Heir.” This seems to assume the younger Soros is kind of a crown-prince to his father’s left-wing philanthropic empire.

The irony of such praise for the Soros family is that the founder and editor of Inside Philanthropy, David Callahan, was a senior fellow and co-founder of Demos, a Soros-funded group.

Demos is “a New York City-based left-wing public policy advocacy group founded in 2000 that ‘advocates a staunchly liberal agenda,’ according to Influence Watch. Demos was given at least $11,107,500 collectively through Soros’ Open Society Network and his Soros Fund Charitable Foundation between 2003-2017, according to Foundation Directory data. 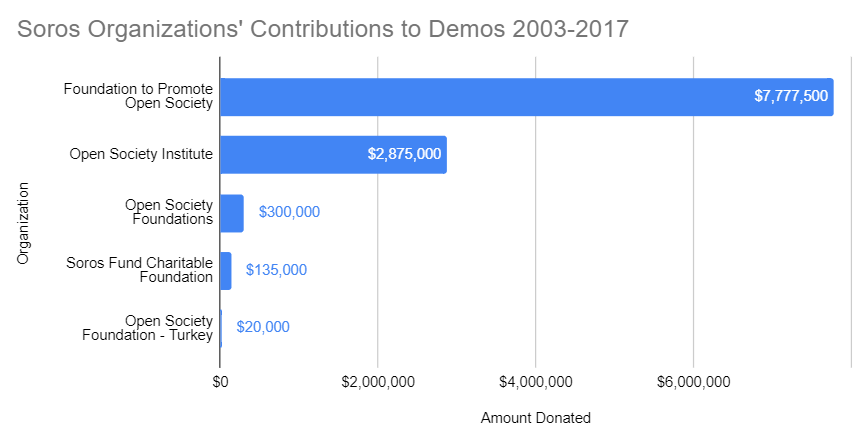 Barron’s Magazine summarized Jan. 3, that Soros’ recognition was due to his “fight for academic freedom” in Central Europe, particularly in regard to Central European University, which he founded.

Barron’s promoted CEU without providing context to its radical left-wing history. It fawned that it “offered thousands of students from eastern Europe the opportunity to study U.S.-accredited graduate degree programs in a free academic climate.”

Neither Inside Philanthropy nor Barron’s bothered to mention that CEU is dedicated to teach students Soros’ own personal, bizarre leftist philosophy on “open society.”

A 2012 MRC Special Report noted that CEU received specific donations for some of the most liberal courses and programs: “One course at CEU incorporated lessons of the Occupy movement and the teacher proudly described how the movement combined feminism, environmentalism, social justice, and the labor movement all under one roof.”

A video on the CEU YouTube channel showed Tamara Steger, then-Doctoral Program Director for the Environmental Sciences and Policy at CEU, in front of a class with a slide that said “How to OCCUPY peoples’ heads with your message … .” Earlier in the video, she praised the left-wing Occupy movement for talking about issues that “really mattered.” 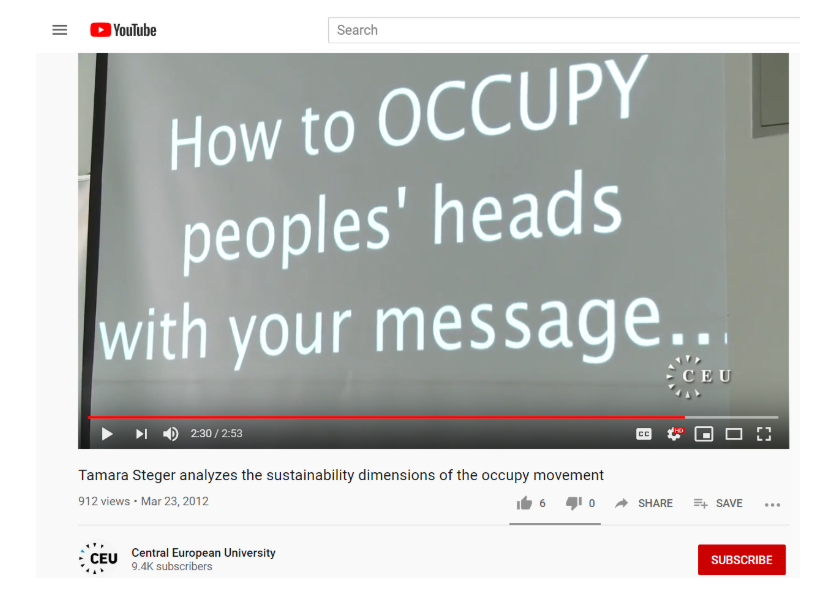 Other “liberal causes” Soros has bankrolled have included spending at least $400 Million to Manipulate Higher Education, plus at least half a billion dollars underwriting other major liberal initiatives – “pro-abortion, pro-euthanasia, pro-gay marriage, pro-drug legalization, pro-union, pro-government-funded media and even attacks against the concept of free elections and voting for judges.”

In October 2019, Soros told the New York Times that “The arc of history doesn’t follow its own course. It needs to be bent,’ he said. ‘I am really engaged in trying to bend it in the right direction.’” Inside Philanthropy seems content with celebrating that egotistical vision.