The liberal media-dubbed “patrician populist” Tom Steyer, who once decried “‘the corporate stranglehold on democracy,’” has continued to spend millions on liberal causes this election cycle. 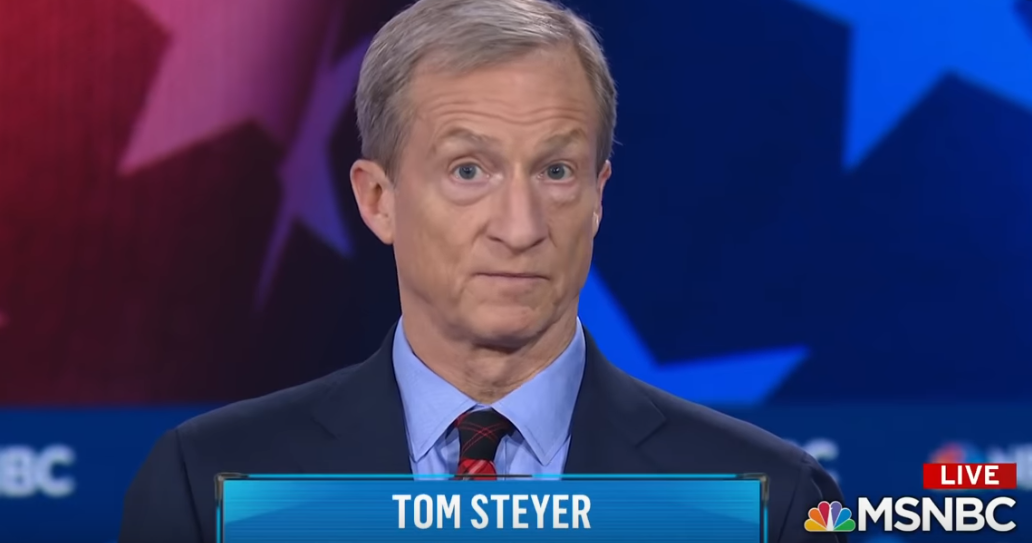 Steyer is the top federal contributor to outside groups, according to data from Open Secrets. In total, he contributed $23,987,925 to liberal causes in the 2020 election cycle, now having outspent 15 of the top conservative donors combined ($23,460,327). 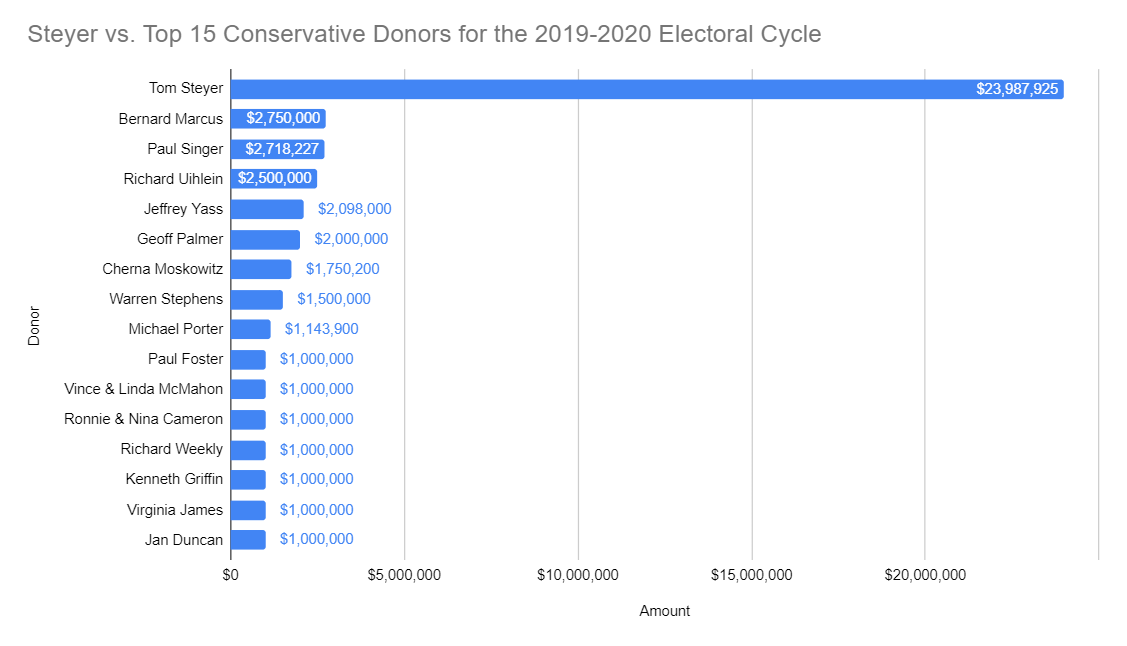 The runners-up in the current funding race, liberal mega-donors George Soros and Donald Sussman, have donated $6,285,000 and $6,050,000 respectively so far. They are second and third in overall contributions, and still, each less than one-third of the amount Steyer spent to support liberal causes.

That gives top liberal funders a $29,243,203 edge over conservative donors.

All of Steyer’s spending has gone exclusively to leftwing groups NextGen Climate Action and Need to Impeach, two organizations he founded in the recent past. He has contributed $13,552,039 to NextGen and $10,435,886 to Need to Impeach respectively so far this cycle.

The Wall Street Journal reported July 27, that NextGen America specifically had “received the vast majority of Mr. Steyer’s $300 million in federal political spending,” since its founding in 2013. NextGen has since contributed money and advertised for “candidates who want to address climate change,” and also worked “to build youth voter turnout,” The Journal noted.

Steyer also spent $120 million building Need to Impeach in 2018 to push pro-impeachment Democrats who supported ousting President Donald Trump. He also gave $239 million to liberals and Democrats in the past three election cycles and was listed as the top individual contributor for the 2014 and 2016 cycles.