So much for transparency. 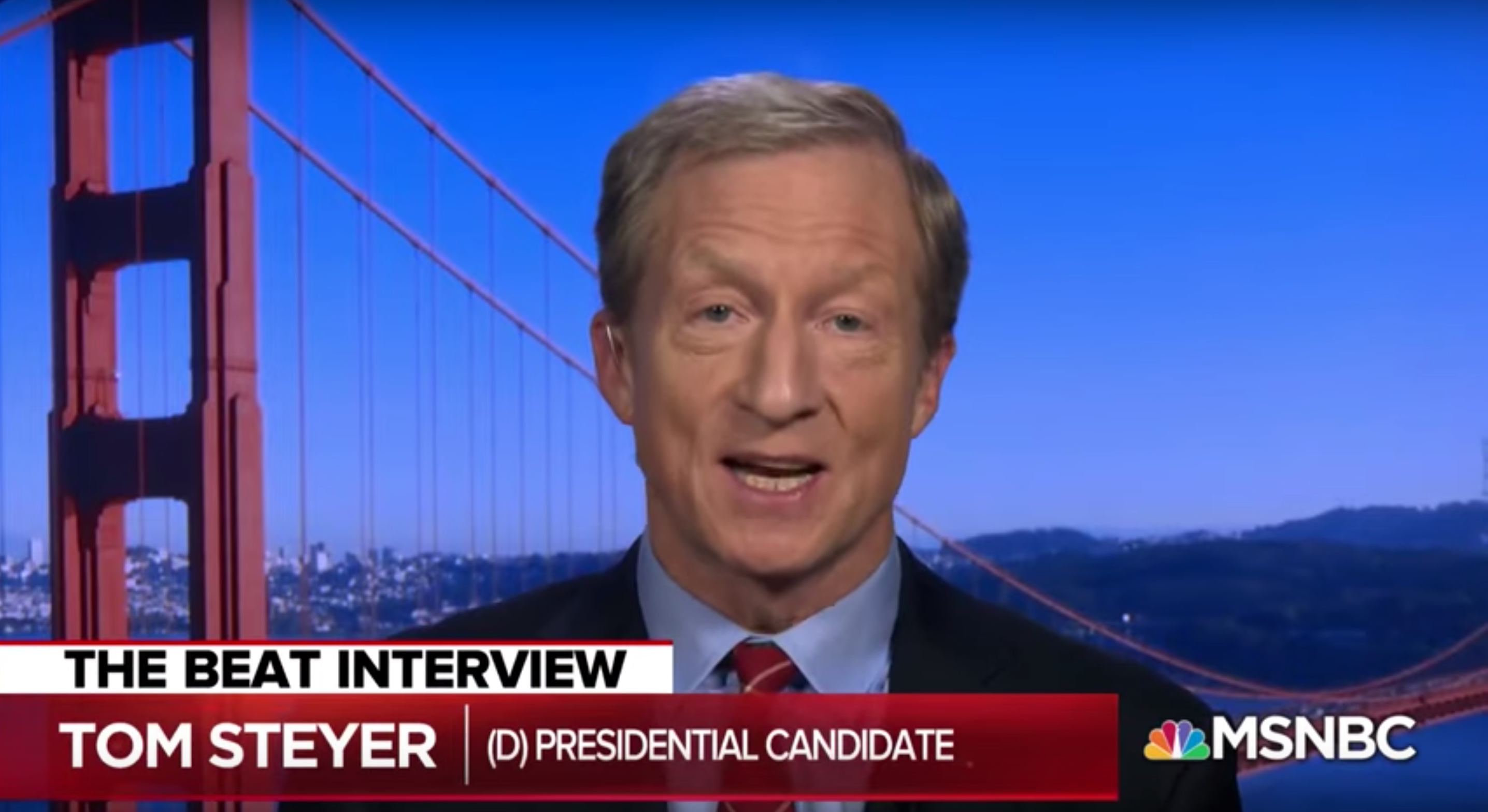 Liberal billionaire Tom Steyer claims he has a commitment to transparency. But the 2020 Democratic presidential candidate told the government he could not disclose hundreds of millions of dollars worth of assets.

After his filing with the U.S. Office of Government Ethics, The Daily Beast reporter Lachlan Markay reported that Steyer “declined to go into detail about significant segments of his investment portfolio, citing confidentiality agreements.”

Markay found that the assets Steyer did not disclose were worth between $370 million and $742 million, but could actually be higher than that since holdings in two hedge funds and two private equity funds were at least $50 million (but did not list an upper range). Specifically, Steyer “declined to fully detail his holdings in 43 different investment vehicles, including hedge funds managed by Farallon Capital Management,” he noted.

In August, Steyer bragged about his “transparency” for releasing 2,600 pages of his tax returns, but omitted plenty, according to the Los Angeles Times. That story said the omissions made it impossible to know if Steyer had actually divested from fossil fuels as he has long claimed to have done. article.

Just as LAT had reported, Markay wrote that withholding details about so many investments “obscures from public view significant information about his vast personal wealth, including information that would verify his claims that he has purged his portfolio of assets that conflict with his image as a strident environmentalist.”

He acknowledged that “Steyer’s arrangement appears kosher legally,” because “Federal law allows political candidates to shield such specifics from public view if the asset at issue ‘is considered confidential as a result of a privileged [legal] relationship.’” However, Markay indicated the filing was likely to be scrutinized by the government for the missing disclosures.