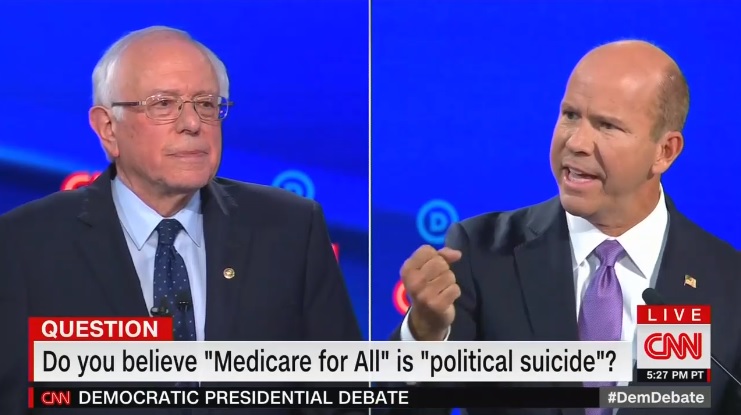 Surprisingly, the liberal Washington Post admitted August 8 that Medicare-for-all could shut down rural hospitals, reducing access and care for their regions. Healthcare policy reporter Paige Winfield Cunningham said the fate of rural hospitals had become a “top point of contention” in the debate around Medicare-for-all, with critics warning that such hospitals could be “jeopardized.”

Cunningham recalled Rep. John Delaney (D-MD) challenging Sanders on how much money Medicare-for-all would save for hospitals during the second round of Democratic primary debates. Delaney said Sanders’ math on Medicare rates was “wrong,” and warned that “many hospitals in this country,” especially rural ones, would close due to lower rates.

In fact, Delaney also wrote a Post op-ed in June decrying Medicare-for-all as “political suicide” for Democrats on the campaign trail.

According to Cunningham, some hospitals would be hurt by a Medicare-for-all scheme, and that’s led to a divide between hospitals with endowments and those in “underserved rural areas.”

“Medicare pays hospitals only 87 cents on the dollar of their estimated average costs, while private payers pay hospitals a hefty 145 cents,” she wrote. And the disparity is widening.

In other words, “hospitals increasingly rely on the revenue from caring for patients with employer-sponsored or individual market coverage — coverage that would be eliminated under Medicare-for-all.”

She noted that rural hospitals were “already in trouble” and have been on the decline since 2010 because they serve more Medicaid patients.

“Out of 7,000 areas with health professional shortages in the United States, about 60 percent are in rural areas,” Cunningham wrote.

She cited a Navigant study which estimated “up to 55 percent of rural hospitals could be at high risk of closing” if a new public option paying Medicare rates was offered to patients.