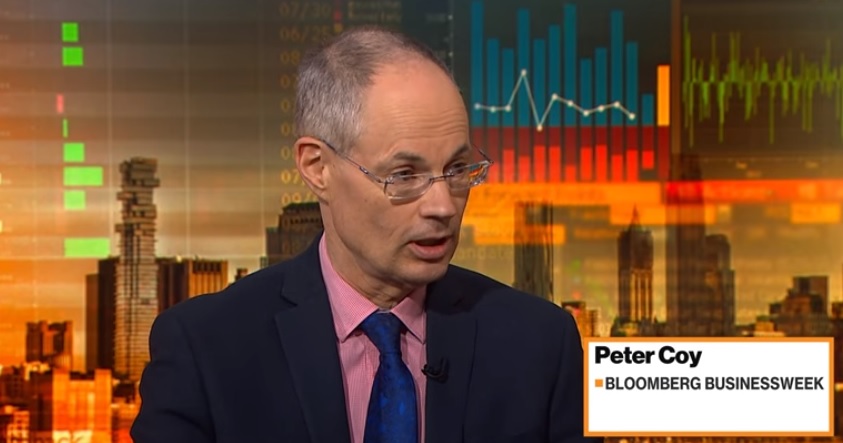 The current economic expansion could “make history” if it lasts through July, but Bloomberg BusinessWeek pooh-poohed its 10th anniversary saying “no one’s partying” in the June 10 issue.

Economics editor Peter Coy complained that the period of economic growth that began in June 2019 has been “blasé,” “nothing to brag about,” and said “the hallmark of this expansion has been underperformance.”

The experts Coy mentioned or quoted were stacked 3 to 1 on the side of economic pessimism. In addition to turning to liberal economists complaining about the state of the economy, and attacking the Trump-led tax cuts, Coy omitted the conservative criticism throughout the Obama years that his policies led to the weakest recovery from a recession since WWII.

According to Summers, such an economic state is characterized by “chronically weak demand” and weak growth that can be resolved merely by “extreme fiscal and monetary stimulus.” Coy failed to disclose that Summers had previously served as President Bill Clinton’s Secretary of the Treasury and Obama’s Director of the National Economic Council. Obama even considered nominating him to be Chair of the Federal Reserve in 2013, according to USA Today.

The BusinessWeek story criticized the GOP for rejecting “Obama’s requests for continued fiscal stimulus” but accepting Trump’s tax cuts in 2017, claiming the cuts were “tilted toward the rich” and didn’t help the economy. He also claimed businesses “haven’t stepped up investment significantly.”

Coy even tried to downplay the historically low unemployment, which was at 3.6 percent as of May.

Referring to the lowest rate since December 1969, Coy said, “there’s less than meets the eye.” He complained that people who have stopped looking for work or are employed in part-time positions are not counted in the widely known measure of unemployment, yet that has been the case for many years (but is rarely complained about by the media during a liberal presidency).

Dartmouth College economist David Blanchflower complained that the U.S. is still “a long way from full employment,” in spite of the low unemployment rate which has helped bring in people who have a harder time finding work. Coy didn’t mention Blanchflower is a contributor to the left-wing Guardian newspaper.

Despite low unemployment, Summers pushed his “stagnation” views to BusinessWeek, fretting that workers were anxious about asking for a raise for fear of losing their jobs.

Chief economist of Bank of America Michelle Meyer also added to the overriding pessimism of the BusinessWeek story. She described the 10-year economic expansion as “the recovery of fits and starts,” and suggested that the economy was “in the late stages of the [business] cycle.”

Chairman of the Council of Economic Advisers under Trump until recently Kevin Hassett provided the only optimistic view of the economy in the story. Unlike with Summers, the story made his connection to Trump clear.

Hassett said that Trump’s tax cuts had lifted capital spending “onto a higher track,” and credited his administration’s economic policies for maintaining “a high pace of job growth.”