Even liberal newsrooms have to grapple with economic realities, as Vox Media may be learning.

The left-wing outlet pursued unionization, even as digital media outlets were financially struggling. NiemanLab reported that Vox Media employees staged a walkout on May 29, in protest over wage issues such as “guaranteed annual raises,” “better severance,” and “revenue sharing on derivative works.”

The staff at Vox announced it would unionize in late 2017. NeimanLab writer Joshua Benton claimed that was Vox Media’s “full-time hiring peak,” when it had 102 full-time job openings and only two “part-time, contract or freelance” openings. 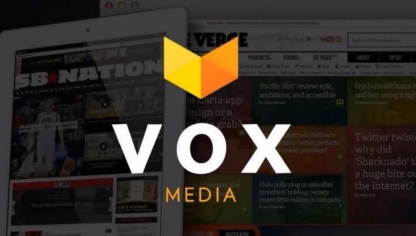 That appeared to have shifted dramatically by May 29, 2019, when the company listed 57 full-time openings and 25 as part-time or contract. The earlier 51:1 ratio had become almost a 2:1 ratio by the walkout, Benton reported.

On May 31, Vox Media’s publisher disputed the numbers, telling NeimanLab it “made no changes to our hiring plans” since the union formed.

One of the economic realities liberal journalists don’t like to accept is that unionized employees are generally much more expensive than non-union employees. So if a company or industry is already struggling, there are choices to be made.

The digital media industry isn’t faring much better now than in 2017.

Benton said Vox “isn’t operating in a vacuum” and described the industry’s general outlook “as markedly worse today than it was 18 months ago.”

He acknowledged Vox Media “might well have been” planning to shift its labor force even if the union hadn’t formed, but added that it is a “common way for a company to respond to labor organizing.”

Yes. Because union labor costs companies more money. Of course, Benton didn’t spell that out. He only alluded to the higher cost of unions by saying some people would interpret the news as “a union shooting itself in the foot by incentivizing its employer to shift toward less secure jobs.”

The journalists at Vox promoted unionization all along. Vox reporter Shirin Ghaffary observed how 2018 was “a bumpy year for digital media publishers,” in a December 2018 article.

Her argument was that unions would “try to cushion the blow” of changes like downsizing, restructuring or worse. She cited unionizing efforts at digital media including Vice, Gizmodo Media Group and her own company, Vox.

However, she admitted that when Mic was sold to Bustle, “the company was short on cash,” so its union members could bargain for “only so much financial compensation.” But that didn’t stop her from promoting Vox’s unionization efforts, or Gizmodo’s.