Mui highlighted Sanders' idea to install a 0.5% tax on stock trades, a 0.1% tax on bond trades, and a 0.005% tax on derivatives and said Sanders claimed it "could raise enough money to pay for free college and bring down student debt." 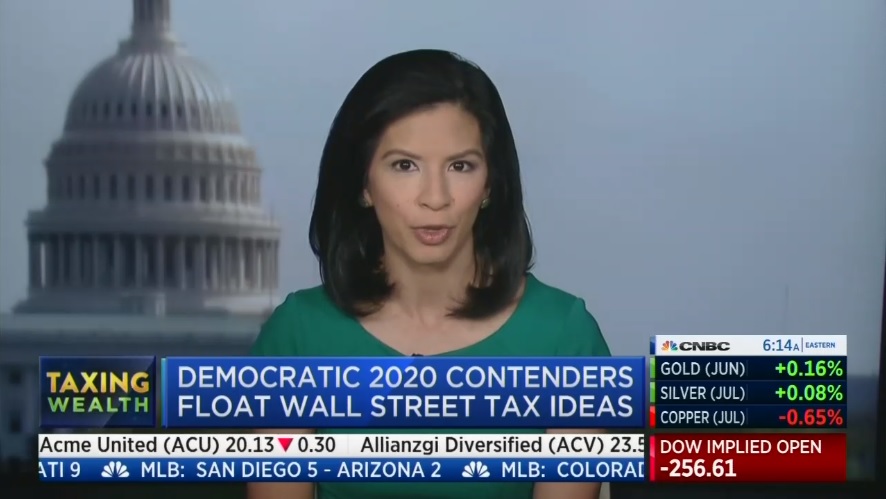 According to Mui, while Sanders' idea would've been viewed as "far-fetched" in the 2016 campaign, it has "become more mainstream heading into 2020." Of course, that's "mainstream" for the left.

But Squawk Box co-anchor Andrew Ross Sorkin, who often takes a liberal stance on issues, didn't appear to like the idea.

"I just don't love the idea of having a certain tax to pay for a certain thing, especially when they're unrelated items. I think money is fungible and you have to decide how much you need and how much services you want to provide," Sorkin said. "I just think it's a strange thing to go from one that's unrelated to this."

Co-anchor Joe Kernen definitely wasn't having any of it and criticized the tendency for politicians to always seek more money and then to spend it.

"Nobody is talking about tackling entitlements, the spending that we can't afford already or the trillion-dollar deficits or the 22-23 trillion [debt] we already have. It's all about we need more money and we're going to add all these new things," Kernen noted.

Sorkin asked Mui questions, including whether advocates of these plans could "describe exactly how they want to tax Wall Street build mechanisms." Mui said they would essentially be fees on various forms of trade but described the impact on investor behavior as "TBD." Co-anchor Becky Quick also noted there could be "unintended consequences" if transaction taxes were adopted.