Liberal Foundations Behind State of the Union Fact-Checking 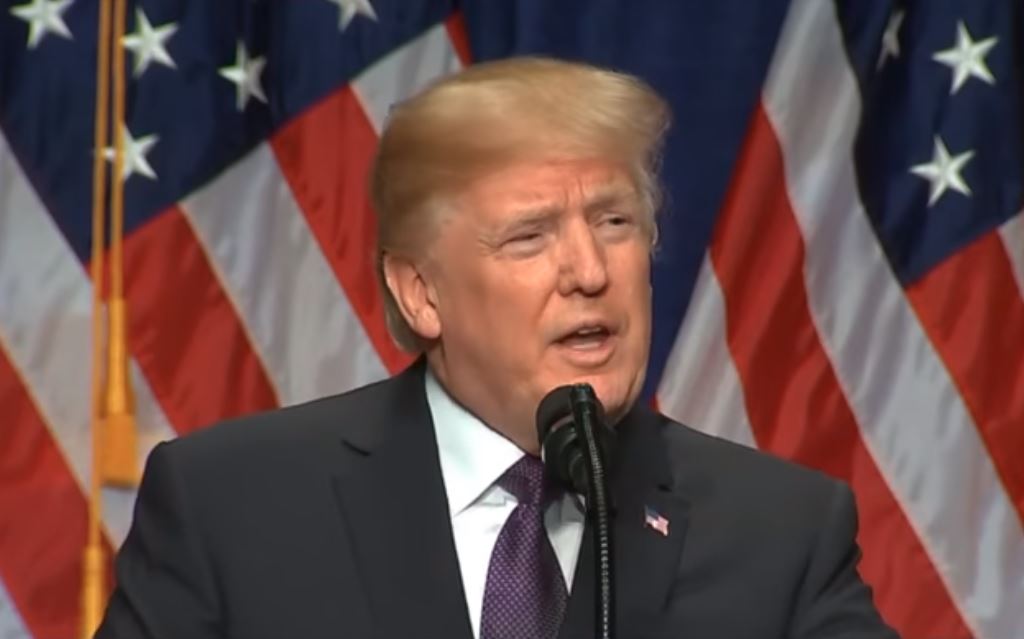 This year, liberals are not content to wait until after President Donald Trump’s State of the Union speech to resist. Instead, the liberal-funded Duke University Reporters’ Lab will be testing a fact-checking app that will allow fact-checkers from Politifact, The Washington Post and FactCheck.org to post fact-checks in real time.

The app, called FactStream, is part of a larger two-year fact-checking project called the Duke Tech & Check Cooperative, launched in September, 2017. It was funded by $1.2 million from the John S. and James L. Knight Foundation, the Facebook Journalism Project and the Craig Newmark Foundation, founded by the creator of Craigslist.

The Knight Foundation and the Craig Newmark Foundation have given millions of dollars to multiple liberal journalism groups including ProPublica, while the Facebook Journalism Project has partnered with fact-checking groups that lean left.

FactStream “will display relevant fact-checks on mobile devices during a live event,” the Reporters’ Lab announced Jan. 16. The State of the Union test will rely on fact-checkers manually posting their own previous fact-checks to the platform “when they hear a claim they’ve checked before.”

The Fact-checkers posting to the app will be from PolitiFact, The Washington Post and FactCheck.org, the Reporters’ Lab announced on Jan. 26.

The idea behind fact checking efforts is good: everyone would do well to think more critically about what they read and hear. But the practice of fact-checking is more complex.

In the case of FactStream, its three backers are known for their connections to liberal journalism. 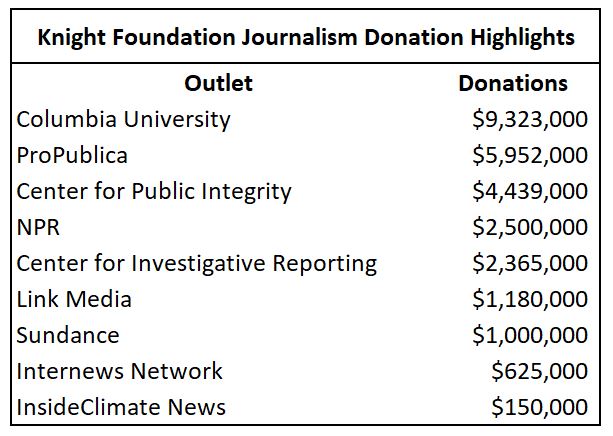 Journalism is one of the Knight Foundation’s core programs. It claims to promote “the full, accurate, contextual search for truth, through both reporting and commentary.” To that end, Knight has given $233 million to journalism groups since 2003, but much of that supported liberal outlets including ProPublica, InsideClimate News (which was behind the Exxonmobil witch hunt), Center for Investigative Reporting and NPR.

Craigslist founder Craig Newmark is much newer to the journalism-funding game.

“Over the past few months, the Craigslist founder has become a significant donor to journalistic causes, committing $1 million to fund an ethics chair at the Florida-based Poynter Institute journalism school, as well as donating money to Wikipedia. He recently said he plans to spend a total of $6 million funding such efforts,” Fortune Magazine reported in April 2017.

But Newmark has made up for his newness by promising large grants to multiple organizations, including fact-checkers. Craig Newmark Philanthropies also gave $1 million to liberal ProPublica as a way to promote so-called “Trustworthy Journalism” in early 2017. 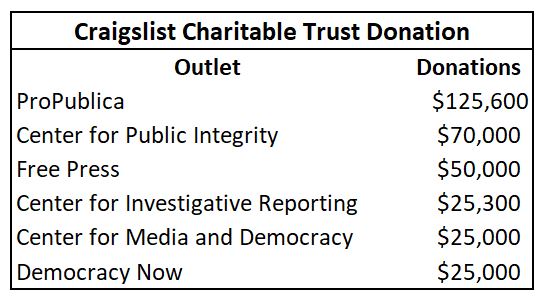 The Craigslist Charitable Fund, meanwhile, has given to multiple liberal media outlets since 2013 including the Center for Investigative Reporting and the Center for Public Integrity. Its website also lists Alternet and Mother Jones as other grant recipients.

The Facebook Journalism Project meanwhile was launched in January, 2017, to “establish stronger ties between Facebook and the news industry.” It came after pressure from the left to combat “fake news” in late 2016.

The project included plans to combat “news hoaxes.” As a result, Facebook invested in fact-checking efforts, including an in-house team that worked in conjunction with PolitiFact. But PolitiFact itself has a poor track record on accurately fact-checking conservative news, Federalist senior editor Mollie Hemingway pointed out in Dec. 2016.

Facebook’s fact-checkers were pessimistic about the success of their efforts a year after the program launched, Vanity Fair found in Nov. 2017.

FactStream’s funders are not the only reason to question the app’s objectivity. According to 2017 data from the Reporters’ Lab itself, all the U.S. based fact-checking organizations lean left. That includes the three providing data for FactStream.

FactCheck.org and PolitiFact, for example, have questioned multiple claims from conservative outlets, but none from liberal outlets.

PolitiFact also found no “false” portions in Hillary Clinton’s book What Happened in Sept. 2017. The truth is Clinton is right depending on how you calculate truth,” PolitiFact questionably concluded.

Meanwhile, PolitiFact routinely declared Trump statements “false,” including his true Feb. 2017 claim that “The media has not reported that the National Debt in my first month went down by $12 billion vs a $200 billion increase in Obama’s first mo.”

Wall Street Journal Opinion Editor James Taranto meanwhile challenged the objectivity of many fact checkers in 2016: “Frequently they accuse politicians of dishonesty because the journalists favor a different interpretation of facts that are not in dispute. Sometimes their 'rulings' are mere opinions on matters about which they do not know the facts, or that are not factual questions at all."

For example, The Post misrepresented Trump’s words on abortion during a 2016 presidential debate to make it appear he had said something false. Another fact-check from 2015 similarly twisted presidential candidate Carly Fiorina’s life story, then gave it three pinocchios.

One Post fact-checker further undermined the outlet’s objectivity in Sept. 2016 by appearing on The Daily Show to claim “Hillary Clinton is like playing chess with a real pro. Fact checking Donald Trump is like playing checkers -- with someone that’s not very good at it.”