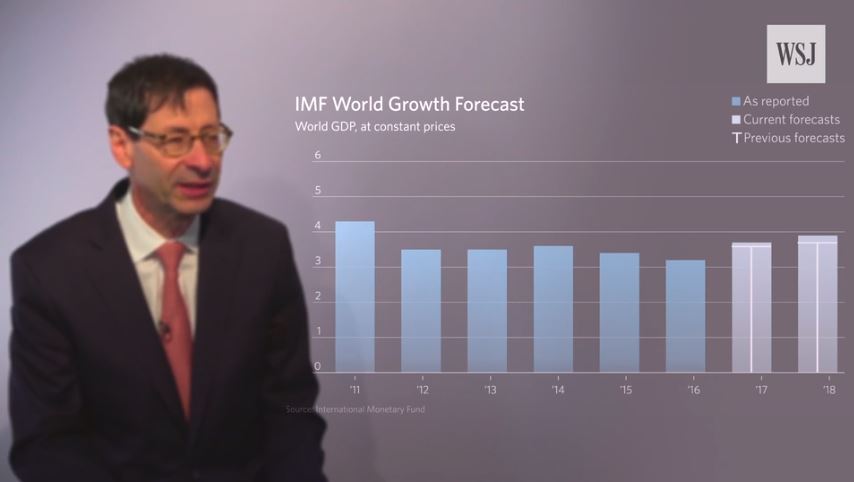 The GOP tax bill has already led to millions of dollars in bonuses for American employees, but the benefits won’t stop there, according to global economic forecasts.

The tax bill is also “expected to be responsible for about half of the upward revision to global economic growth over the next two years,” the International Monetary Fund (IMF) announced Jan. 22. The network evening news shows ignored that prediction.

“World output, adjusted for inflation, will grow 3.9% a year in 2018 and 2019, the strongest since 2011, and an upward revision of 0.2 percentage points from the IMF’s forecasts in October,” The Wall Street Journal reported on Jan. 22. IMF announced the revised forecast at the World Economic Forum in Davos, Switzerland, taking place Jan. 23-26.

ABC, CBS and NBC evening news shows ignored the IMF prediction on Jan. 22, and Jan. 23. While CBS Evening News broadcast mentioned Davos on Jan. 22, it only covered a study reporting that 82 percent of the wealth created in 2017 went to the world’s richest 1 percent. The IMF forecast went unreported.

“Our view is that the current upturn, however welcome, is unlikely to become a ‘new normal’ and faces medium-term downside hazards that likely will grow over time,” he told the Journal, “We see several reasons to doubt the durability of the current momentum.”

Between Jan. 1, and Jan. 12, at least 65 companies announced wage increases, bonuses and greater 401(k) matching contributions for their employees because of the tax bill. Yet CBS and NBC evening news programs only aired one story each, and ABC's World News Tonight ignored it entirely.

The network evening shows also ignored a January NPR/PBS poll which found a dramatic increase in Americans who thought the tax bill would benefit them financially.