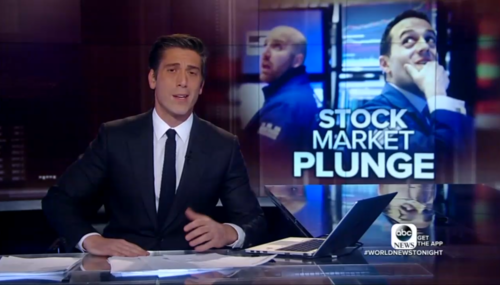 Nicholas Fondacaro
February 8th, 2018 8:54 PM
The Dow Jones Industrial Average dropped by over 1,000 points by Thursday's closing and the folks at ABC News were eager to place the blame on someone during World News Tonight. That someone, of course, was President Trump and the much welcomed GOP tax cuts, which were responsible for generous bonuses and wage increases across the country. 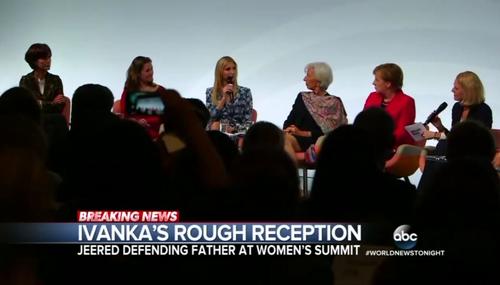 Nets Hype Ivanka Getting Heckled at Women’s Summit in Germany

Nicholas Fondacaro
April 25th, 2017 11:51 PM
Ivanka Trump was embracing her role as adviser to the president on Tuesday when she was representing the United States at a women’s summit in Berlin, Germany. While on stage, she stated that her father has “been a tremendous champion of supporting families.” And with that, the European audience “hissed” and “jeered.” The liberal Big Three networks were… 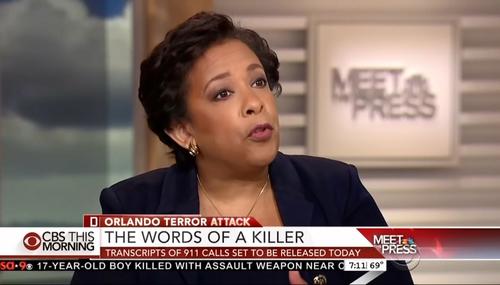 Remso Martinez
June 21st, 2016 4:28 PM
Reports on ABC's World News Tonight on Monday and Good Morning America on Tuesday both downplayed the controversy, with correspondent Linzie Janis briefly remarking: "When asked his name, the gunman responds, 'My name is I pledge allegiance to Abu Bakr Al Baghdadi of the Islamic State.' Authorities initially redacting that pledge, but later… 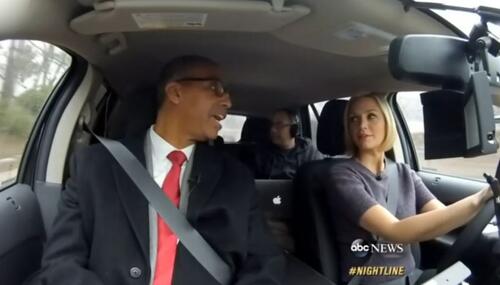 Look Out! While Driving, ABC Reporter Warns Against Distracted Driving

Scott Whitlock
March 26th, 2015 4:41 PM
Watch out for ABC journalists on the road! According to AAA, the most dangerous thing you can do while driving is to talk to another person in the car. Yet, that's exactly what Nightline reporter Linzie Janis did while reporting on the new study. While barreling down the road, Janis talked to Robert Sinclair Jr. of AAA. He was in the passenger seat and the journalist drove. 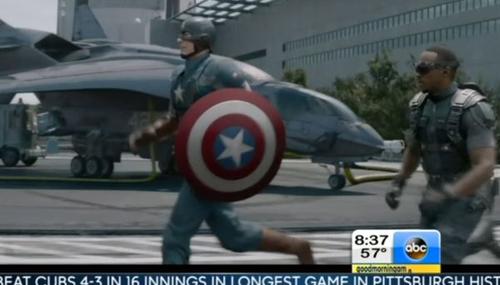 Scott Whitlock
April 4th, 2014 11:05 AM
According to Good Morning America's Linzie Janis, a CEO who made a donation in opposition to gay marriage is the same as the hateful members of the Westboro Baptist Church. On Friday, Janis reported on Brendan Eich, the former head of the tech company Mozilla. Eich was ousted after liberal groups found out that in 2008 he made a $1000 donation to support Proposition 8 in California. As…