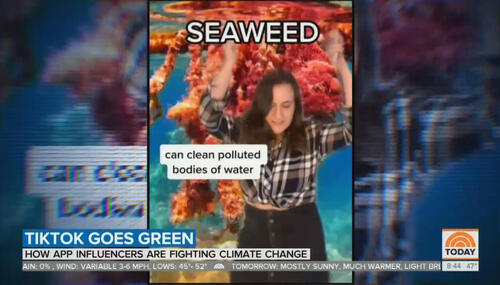 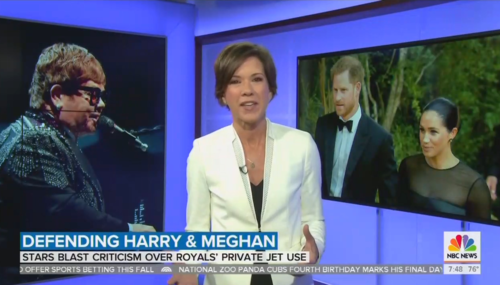 On Tuesday, journalists on all three network morning shows joined liberal celebrities in rushing to defend Prince Harry and Meghan Markle against accusations of hypocrisy after the supposedly environmentally-conscious royal couple took two different trips on private jets within a week. Reporters on CBS, NBC, and ABC touted other wealthy elites like Elton John and Ellen DeGeneres scolding… 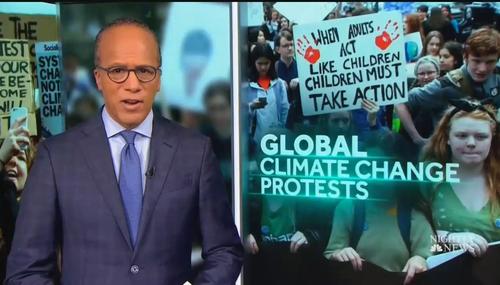 Brad Wilmouth
March 15th, 2019 9:00 PM
On Friday evening, the NBC Nightly News caught up with CNN in highlighting a couple of teenage environmental activists who are promoting an alarmist agenda against global warming while encouraging students to skip school to pressure adults into taking action on the issue. The CBS Evening News also gave the protests a 17-second brief. 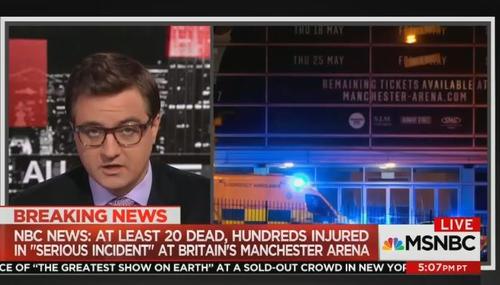 Curtis Houck
May 23rd, 2017 1:13 AM
By and large, the news media remained calm, collected, and hesitant to speculate on Tuesday night following the terrorist attack in Manchester, England at the Ariana Grande concert. That being said, the evening was not without notable comments, including some from MSNBC’s All In host Chris Hayes. 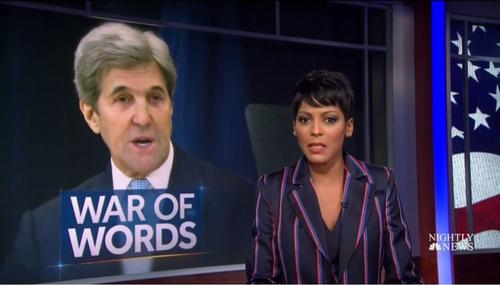 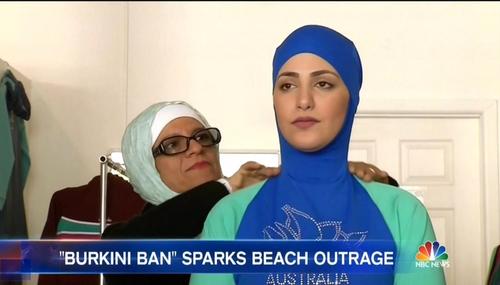 Matthew Balan
August 25th, 2016 9:42 PM
On Thursday, CBS and NBC's evening newscasts played up the "controversy exploding around the world over so-called burkinis," after several French city governments banned the Islamic swimming garment. CBS's James Brown previewed the subject by trumpeting, "Nuns go to the beach in their habits; so why has France banned the burkini?" NBC's Kelly Cobiella spotlighted protests against the ban, and… 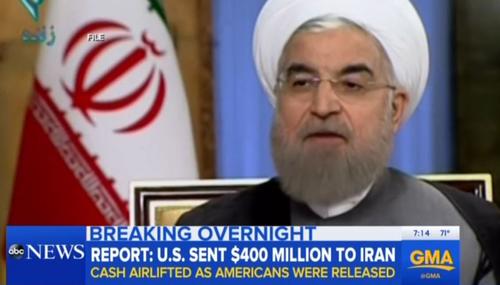 ABC Only Offers Seconds on Obama’s Cash to Ayatollahs Scandal

Kyle Drennen
August 3rd, 2016 12:36 PM
While both NBC’s Today and CBS This Morning devoted full reports to The Wall Street Journal exposing the Obama administration secretly paying a $400 million ransom in cash to Iran to secure the release of American hostages, ABC’s Good Morning America only managed two news briefs on the topic that amounted to less than a minute of air time.

Alex Fitzsimmons
July 26th, 2010 3:41 PM
ABC's "World News" on Sunday caught up to CBS and NBC in fretting about the potential problems caused by illegal immigrants who may be leaving Arizona before the state's new law takes effect on Thursday. Correspondent Barbara Pinto devoted her entire piece to lamenting the possible damage to small businesses whose customers are presumably now leaving the state, but offered less than a sentence to…

Tim Graham
May 6th, 2010 5:06 PM
When political scientists compare populism and elitism, they could certainly find a test case in the new Arizona law on immigration enforcement. While Rasmussen found 70 percent of Arizonans favored the crackdown on illegal aliens, and new national media polls found majority support as well, ABC, CBS, and NBC denounced the popular will as short-sighted and discriminatory. From April 23 to May 3,…

Brent Baker
May 3rd, 2010 11:58 PM
Most support Arizona’s impending immigration enforcement law and a solid 78 percent think the federal government should do more to keep illegal immigrants from getting into the U.S. where, Katie Couric noted in citing the new poll numbers, “hundreds of thousands of them now live in Arizona.” So, how did CBS take these hardly surprising findings? Couric fretted “many” of those illegals “no longer…

Kyle Drennen
November 14th, 2008 3:20 PM
In a report on Thursday’s CBS Evening News on the Republican Governors Association conference, correspondent Kelly Cobiella focused on Alaska Governor Sarah Palin, observing: "A lot of Americans would like to see her stay on the national stage -- 45 percent, according a new Gallup Poll. But even more, 52, percent, would not." Cobiella then added: "The party itself is split on whether to embrace…

Brent Baker
October 14th, 2008 11:47 AM
A night after Sunday's CBS Evening News ended with a feature piece on a 106-year-old nun in Rome who plans to vote for Barack Obama, Monday's newscast concluded with a puff piece on “The Great Schlep,” a Columbus Day weekend effort headlined by left-wing comedian Sarah Silverman to get Jewish grandchildren to travel to Florida to convince their grandparents to vote for Barack Obama. In a video…

Jeff Poor
April 24th, 2008 10:40 AM
The housing crisis strikes again ... sort of. The April 23 "CBS Evening News" found a way to twist the turmoil in the housing markets into something that's stretch even for them - a rise in the homeless population. "The Anticos are leaving their Bradenton, Fla. home because they have to," CBS correspondent Kelly Cobiella said. "The bank foreclosed on it in February after Sharon lost her job…

Jeff Poor
January 24th, 2008 5:05 PM
Worried about finding employment after losing your job because of this gosh-awful recession we're having? Oh, you haven't lost your job yet? Yeah, we aren't actually having a recession yet, but that's just details. But the show must go on, and so goes the January 23 "CBS Evening News." "It's a bumpy ride for the American worker as well. As the economy slows the unemployment rate is rising…