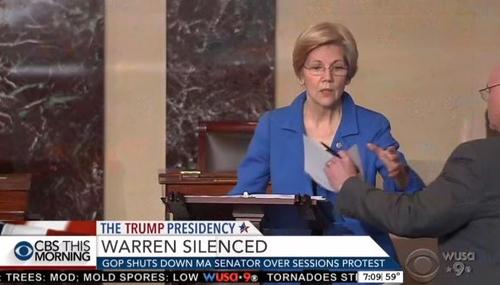 Lachlan Markay
February 9th, 2010 6:41 PM
Bloomberg News managed to pen a full obituary of the late Congressman Jack Murtha today, calling him a "Supporter of Troops" in the headline, without once mentioning his incendiary--and unfounded--claims that a group of Marines had murdered 24 Iraqis in cold blood (h/t Washington Examiner's Mark Hemingway).Murtha, himself a former Marine, said in 2005 after two dozen Iraqis were killed…

Ken Shepherd
February 9th, 2010 10:14 AM
David Rogers glossed over the late Rep. Jack Murtha's (D-Pa.) Haditha Marines smear in an obituary published yesterday and updated this morning at Politico:Rather than lie low, Murtha further made himself a target with public comments in the spring of 2006 pressuring the Marine command to investigate allegations of civilian casualties at Haditha, Iraq. This infuriated many Marines, and critics…

Ken Shepherd
February 8th, 2010 4:29 PM
Updated: Washington Post adds mention about Murtha's Haditha comments, thanks me for me pointing out omission (see bottom of post). Rep. Jack Murtha (D-Pa.) passed away earlier today, and the Washington Post has already published a 26-paragraph obituary. Post staffers Martin Weil and Carol Leonnig don't gloss over some of Murtha's political controversies, such as his penchant as a pork barrel…

Only Blogosphere Currently Reporting on Jack Murtha Cancelling His Deb

Matthew Sheffield
June 5th, 2008 12:35 PM
Another day and another Marine acquitted of charges from the so-called "Haditha massacre" that left-leaning journalists (doing the bidding of Democrat Jack Murtha) insisted actually happened.Bob Owens has the story you won't be seeing on tonight's ABCNNBCBSMSNBC shows: A military jury has acquitted 1st Lt. Andrew Grayson of all charges that he helped cover up the killing of 24 Iraqis in…

Noel Sheppard
April 7th, 2008 10:43 PM
Can you imagine any major television news network doing a report on a Republican Congressman's history of exorbitant earmarks without mentioning his Party affiliation?The words "Republican," "GOP," "right-wing," or "conservative" would likely appear in almost every sentence, correct?Well, as amazing as it might seem, the "CBS Evening News" on…

Chris Matthews Warns People to Be ‘Fearful’ of Hillary Presidency

Geoffrey Dickens
October 3rd, 2007 6:31 PM
Despite the fact that the print media have mostly backed off the "phoney soldiers" smear against Rush Limbaugh, on Wednesday's "Hardball," host Chris Matthews refused to correct the record, instead choosing to toss a softball to anti-war Congressman Jack Murtha as he asked him on Wednesday's "Hardball": "What do you think of Rush Limbaugh's comment the other day…

Mark Finkelstein
August 17th, 2007 4:52 PM
On November 17, 2005, Rep. Jack Murtha (D-Pa.), who had previously supported the Iraq war, announced his call for the withdrawal of U.S. troops. The story led all three broadcast network evening news reports.A mirror-image shift of position was reported today: a previously anti-war Dem has announced, after a visit to Iraq, that he now opposes withdrawal at this time. Will the MSM give anything…