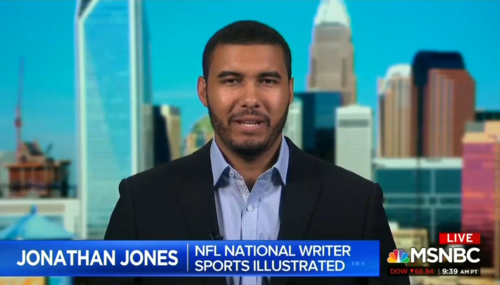 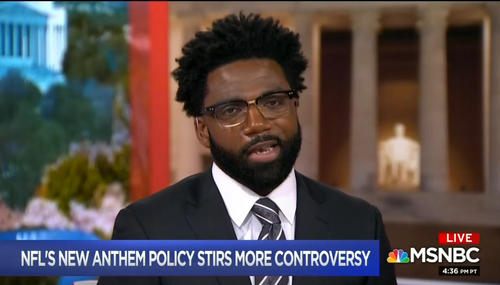 Curtis Houck
May 24th, 2018 9:27 PM
Amid an absolutely insane Thursday night edition of Hardball, MSNBC host Chris Matthews repeatedly condemned the new NFL policy regarding protests of the Star-Spangled Banner and, during one such instance, he relied on help from former NFL player Donte Stallworth, who happens to be a former 9/11 truther. 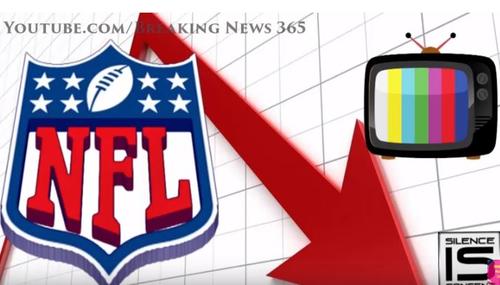 Culture
Jay Maxson
October 17th, 2017 9:39 PM
In a season best described as one of perpetual "fourth-and-long" for the NFL, the league and its broadcast partners today received more bad news about TV ratings and their ever-thinning pocket books. How the NFL is responding to its second successive season of protest-induced slump is an astounding decision to pursue even more fan-alienating social justice activism! 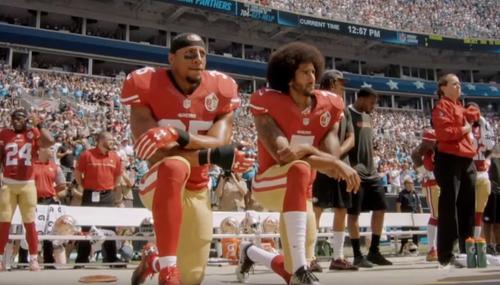 Geoffrey Dickens
August 8th, 2017 5:14 PM
Don Lemon, on Monday’s CNN Tonight, actually wondered if the NFL’s virtual sacking of National Anthem-protesting and pig cop sock-wearing Colin Kaepernick was “really the American way?” In the show’s open Lemon teased a segment on the former San Francisco 49er quarterback still not being on an NFL roster: “A star quarterback who led his team to the Super… Scott Whitlock
September 5th, 2014 5:44 PM
What's a sign that a liberal media outlet has made a disastrous hire? Having fellow Keith Olbermann publicly lambaste you for doing so. The former MSNBC anchor, now on ESPN, assailed Huffington Post for hiring a 9/11 conspiracy theorist to cover national security. An outraged Olbermann quoted the tweets of former football player Donte Stallworth, including this one: "No way 9/11 was… 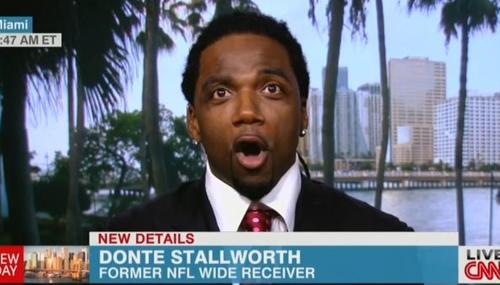 Another 9/11 Truther Hired By the Mainstream Media: Donte Stallworth t

Scott Whitlock
September 4th, 2014 4:20 PM
Liberal journalists are fond of assailing conservatives as a bunch of birthers and conspiracy kooks, but don't seem to have a problem with hiring individuals who embrace the belief that the United States government had something to do with the September 11th, 2001 terror attacks. Huffington Post editor Arianna Huffington announced on Wednesday that 9/11 truther Donte Stallworth has been…