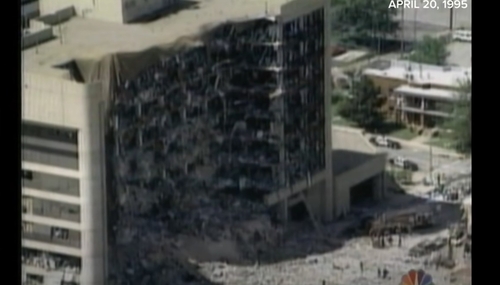 Journalists are always willing to parrot the most vile talking points, whatever it takes to salvage a Democratic president. That’s true with Joe Biden and it was true 27 years ago this week with Bill Clinton. Clinton was facing a newly empowered Republican majority and decided to exploit the Oklahoma city Bombing in order to smear Rush Limbaugh, talk radio and conservatives as somehow… 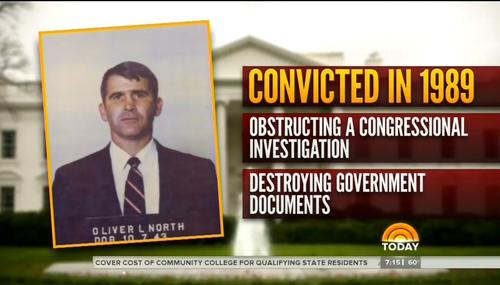 Scott Whitlock
May 8th, 2018 12:21 PM
The news that the National Rifle Association has chosen Oliver North as the organization’s next president left NBC “baffled” on Tuesday. Both the Today show and CBS This Morning focused heavily on the “controversial” figure’s connections to the Iran-Contra scandal from 30 years ago. 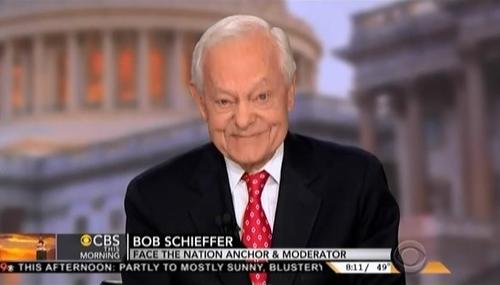 Tim Graham
November 7th, 2014 8:54 AM
CBS Face The Nation host Bob Schieffer granted The Hollywood Reporter an interview to mark the 60th anniversary of that program. Asked about retiring, Schieffer said at 77, he doesn’t think about it: “My wife keeps an eye on me. She says, ‘When you start drooling, then it will be time to go.’” But Schieffer has clearly forgotten the content of his program-length attack on conservative Oliver… 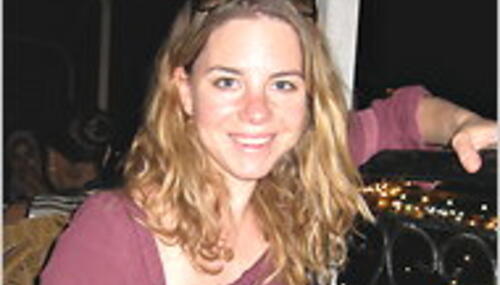 Tom Blumer
July 23rd, 2014 5:19 PM
It has been eight days since Marine Corps Commandant and Joint Chiefs of Staff member General James Amos spoke out against the current lack-of-leadership climate in Washington. Specifically, in a question-and-answer session at the Brookings Institution on July 15 (PDF transcript here), Amos noted how badly the situation in Iraq has deteriorated since U.S. troops' departure in 2010, and… 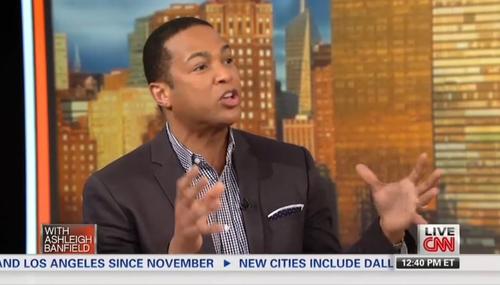 Tom Blumer
May 8th, 2014 2:07 PM
Once again, as it did a month ago in two separate stories, the Associated Press, aka the Administration's Press, left the name of Lois Lerner, the former IRS official who ran its section on tax-exempt organizations, out of its headline and opening paragraph. This time, for good measure, AP reporter Stephen Ohlemacher didn't reveal Lerner's name until Paragraph 3. Before getting to Ohlemacher'…

Ken Shepherd
March 22nd, 2010 10:50 AM
On Friday, NewsBusters editor-at-large Brent Baker noted that the Freedom Alliance was strongly refuting allegations by blogger and radio host Debbie Schlussel that the veterans charity organization founded by Oliver North and actively promoted by radio host Sean Hannity was a "huge scam."Upon an "exhaustive investigation," Tim Mak of FrumForum.com concluded in a March 19 post that there is "…

Alex Fitzsimmons
February 24th, 2010 10:29 AM
Near the end of the Tuesday 3 p.m. EST hour on MSNBC, anchor David Shuster invoked the riveting “Toyota hearings” currently taking place on Capitol Hill as an excuse to compile a grab-bag of liberal gotcha moments – consisting of Joe McCarthy, Iran-Contra, and Watergate – and ignore historical events unfavorable to liberals.He also seized upon the opportunity to chide Fox News in the context of…

Brad Wilmouth
August 5th, 2008 4:35 AM
When Bob Herbert, a columnist for the New York Times since 1993, recently charged in his column that the Republican Party deliberately targets black Democrats using ads featuring attractive white women to exploit racial resentment, and claimed as proof that the GOP does not run such ads against opponents who are white, the liberal columnist could have disproved this thesis by consulting a 1994…

Seton Motley
December 30th, 2007 5:14 PM
On a lazy December 30th Sunday afternoon, I flipped on the television, on which the previous evening I had left the History Channel (they were then doing a military analysis of the Bible, which was at once interesting and uninfuriating).This time the tubes warmed to display a replay of Clear and Present Danger, the film based upon the Tom Clancy novel.  Co-hosting the rerun were the Channel's in-…