It’s hardly a new revelation that the media turn a blind eye towards the annual Washington, DC March for Life, and, according to Live Action President Lila Rose, the bias by omission exists to “cover up” abortion.

Rose described the media bias to the Culture and Media Institute’s Katie Yoder in an interview Friday, saying, "So there should be more media reporting on [the march], absolutely. And sadly, there's a bias in a lot of media to cover this up. To cover up abortion to not talk about it."

Lila Rose the 24-year-old founder and CEO of LiveAction told liberal website Jezebel she would sacrifice her own life to stop abortion. “I’d die to protect another life. I’m all in for this cause,” she stated in an interview with Katie Baker.

Oozing condescension, Baker confessed herself a “little taken aback because this is the first fanatical statement I've heard from Rose since I hopped into her Hyundai an hour before,” and “I was prepared for extremism.”

There is nothing more predictable than networks burying negative news about Planned Parenthood.

Pro-life organization Live Action recently came out with a disturbing video showing a Planned Parenthood staffer in Texas assisting a Live Action actor to obtain a sex-selection abortion. That practice is where a fetus is aborted if the child is discovered to be of a certain gender (usually female). The broadcast outlets have completely ignored the controversy: ABC, CBS, and NBC have not devoted a single second of their May 29 evening broadcasts and May 30 morning broadcasts to coverage of the recent Live Action videos.

De-Fund the Predators of Planned Parenthood

Thanks to the persistent investigative work of young pro-life journalists, Planned Parenthood's ruthless, money-grubbing colors are on full, fresh YouTube display. But as shocking as the illicit new videos from Live Action Films are, the routine, parental authority-sabotaging advice the taxpayer-funded abortion racket gives teens every day deserves more front-page headline news, too.

On Tuesday's CBS Evening News, chief legal correspondent Jan Crawford reported on the video sting operation conducted by the pro-life group Live Action: "The videos are troubling....showing Planned Parenthood staffers all too eager to help reported teenage sex workers get abortions and contraception." ABC and NBC have been silent on the controversy since the video was released on February 1.

Crawford explained: "Planned Parenthood has fired one worker in the videos and said it will retrain its staff. It reported the incidents to Attorney General Eric Holder and CBS News has learned the FBI is now investigating." A sound bite was featured from Planned Parenthood spokesman Stuart Schear, who ranted: "Live Action is a political operation. Its goal is to make abortion illegal in the United States. It's an extreme group."

LiveAction videos released earlier this week (with both edited and unedited versions) exposed personnel at Planned Parenthood clinics in Perth Amboy, New Jersey and Richmond, Virginia as all too willing to help provide abortions, birth control, and other "reproductive health services" to underage hookers in a pimp's employ while getting around laws requiring notification of law enforcement and/or parents. On Friday, the self-described "youth led movement dedicated to building a culture of life and ending abortion, the greatest human rights injustice of our time" released three more videos showing visits to Old Dominion State clinics in Falls Church, Charlottesville, and Roanoke.

Left-wing "bloggers" have swung into frantic action. Not to see how widespread the abuse of underage girls might be at Planned Parenthood clinics nationwide. No-no-no. As Dana Loesch reported yesterday at BigGovernment.com, they are plotting how they can most effectively defend the rogue organization (links are in original):

This should come as no surprise to anyone who knows the political leanings of YouTube and its past of banning controversial conservative videos.

Here are the details from LifeNews:

The popular video sharing web site YouTube is threatening to censor a new video that exposes how a Planned Parenthood center in New jersey aided and assisted actors in an undercover investigation with sexual trafficking of minors.

The video has received national attention and more than 230,000 plays at YouTube but the video site claims a “privacy violation” occurred and is demanding that Live Action, the pro-life group that conducted the sting operation, take it down. The group also released a second videoshowing more sex trafficking coverup at a Virginia Planned Parenthood abortion clinic.

We've also embedded the edited video of the January 13 sting at the Perth Amboy, N.J. Planned Parenthood below:

On the other hand, the Big Three networks' prominent morning and evening news programs have yet to cover the secret videos.

The guest host's two segments on the controversy came just before and after the bottom of the 8 pm Eastern hour. After playing a 30-second video clip from the undercover video, Ingraham turned to Rose and noted Planned Parenthood's claim that the video only showed an "employee gone bad."

The activist replied that Planned Parenthood's complicity was much broader (see the entire interview of Lila Rose here):

CNN's Brooke Baldwin on Wednesday's Newsroom highlighted Lila Rose and Live Action Film's most recent hidden camera video showing Planned Parenthood aiding and abetting the covering up of sex crimes, unlike the morning and evening news shows of ABC, CBS, and NBC. Baldwin interviewed Rose and a spokesman from the abortion-providing organization, asking both fair questions about the controversy [audio clips from interviews available here].

The anchor had the young pro-life activist on first just after the bottom of the 3 pm Eastern hour. Midway through the interview, Baldwin pressed Rose about the motivation for her undercover videos:

[Video embedded below the page break]

The pro-life group Live Action has posted an expose that should be deeply embarrassing to Planned Parenthood. In a visit taped on January 11, an office manager at a Planned Parenthood clinic in Perth Amboy, New Jersey greets a man and woman posing as a pimp and a prostitute by carefully explaining they want "as little information as possible" as they offer their contraceptive and abortion services, even as this pimp described bringing in underage girls as illegal aliens to be his sex workers. At NPR's blog The Two-Way, reporter Eyder Peralta picked this up and promptly mangled the facts.

The headline was "Group Behind ACORN Undercover Videos Sets Up Planned Parenthood 'Sting.'" Yes, "sting" may be what you call it when liberal journalists take a hidden camera to expose malfeasance, but if the videographers are pro-life, the word goes into quotes. Peralta began: "The same group that went undercover at ACORN offices back in 2009 is now going after Planned Parenthood." Wrong.

NPR was forced to correct: "An earlier version of this post stated Live Action was associated with James O'Keefe. They are not, and O'Keefe was not a part of this undercover video."

CNN Documentary on Young Conservative Journalists: James O’Keefe Messed It Up For Everyone

One of the four activists spotlighted on “Right on the Edge” was pro-life activist Lila Rose, who singlehandedly shattered Planned Parenthood’s image with her undercover videos exposing the abortion behemoth as a pedophile protector and disinformation dispenser.

I thought CNN treated all four conservative young guns quite fairly. One complaint about Lila’s segment would be there wasn’t much discussion of her findings at PP.

We can thank James O’Keefe (pictured right) for that, who sucked at least one quarter of the documentary’s hour away from the featured four with his incredibly stupid plan to punk CNN. 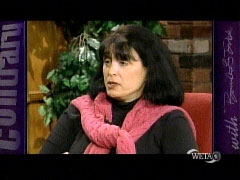