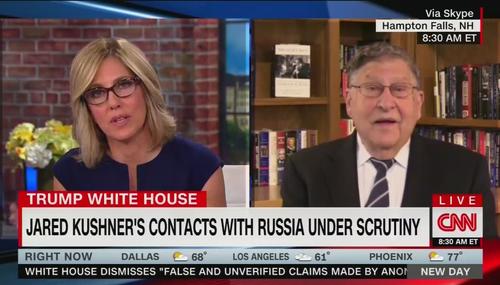 Camerota Denies CNN Has 'Version of Events' on Russia 'Collusion'

Kristine Marsh
May 30th, 2017 12:03 PM
Even though the media has been pushing hard the Russia-Trump collusion narrative for over six months now, CNN is still denying that the media has any agenda on the matter. Despite the investigation turning up no evidence, CNN has been particularly obnoxious in ignoring this fact. On New Day Tuesday morning, host Alisyn Camerota scoffed after former White House Chief of Staff under Bush Senior,… 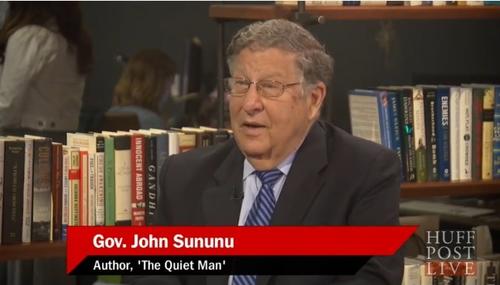 Sununu Hits Back At Climate Change Alarmism on HuffPost Live 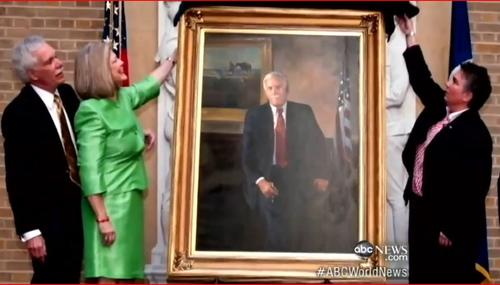 Sean Hannity: 'We Now Have a Lap Dog, Thrill Up Our Leg, A**-Kissing

Noel Sheppard
March 6th, 2013 9:27 AM
"I think that for democracy to survive and thrive, I think we need a vigilant media. You know, we now have a lap dog, thrill up our leg, a**-kissing, suck-up, lapdog media. How do we have a thriving democracy when people can't get accurate, fair information? That seems to be hard to me." So marvelously said Fox News's Sean Hannity on his program Tuesday (video follows with… 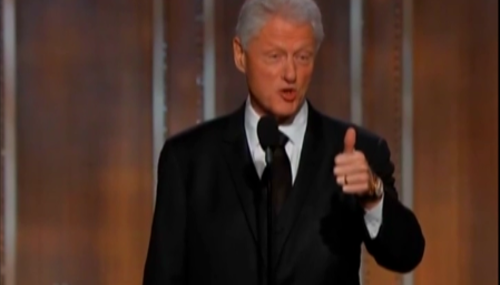 Powell on MTP: GOP Has 'A Dark Vein of Intolerance

Tom Blumer
January 13th, 2013 4:05 PM
President Barack Obama and his administration have been on the receiving end of a great deal of leftist criticism recently for its "lack of diversity" (to be clear, I find that entire discussion tiresome, as it would be more productive to spend time on problems like John Kerry's anti-American history, Jack Lew's bankrupting budgetary intransigence, and Eric Holder's… 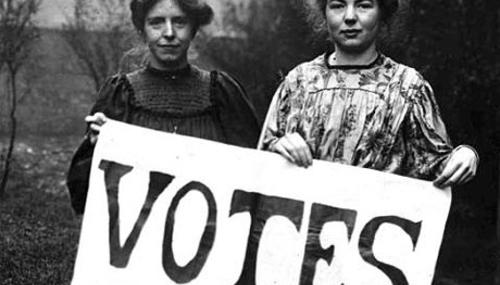 Kyle Drennen
October 26th, 2012 3:40 PM
On Friday's NBC Today, political director Chuck Todd described how "both sides are dealing with some unexpected political speed bumps on the trail" and began by detailing the supposed obstacles for the Romney campaign: ...it's Indiana's Republican Senate candidate Richard Mourdock, who made controversial comments about abortion and rape on Tuesday...another unforced… 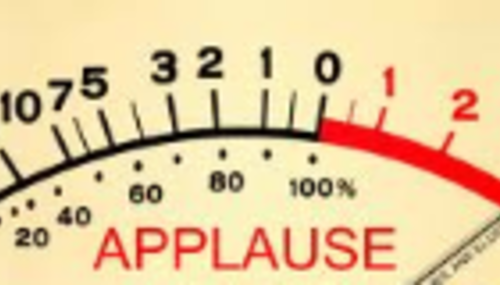 Noel Sheppard
October 17th, 2012 8:31 AM
Mitt Romney senior adviser John Sununu had another contentious encounter with CNN's Soledad O'Brien Wednesday. At the conclusion of their lengthy Starting Point segment about Tuesday's presidential debate, O'Brien thanked her guest for coming with Sununu responding, "It's always good to come on the groupie channel" (video follows with transcribed highlights and… 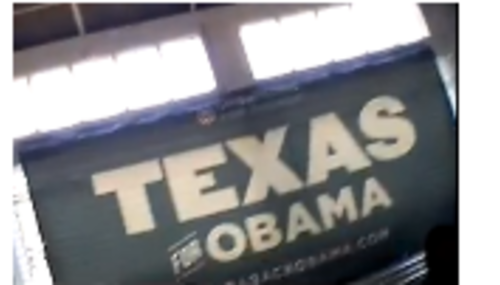 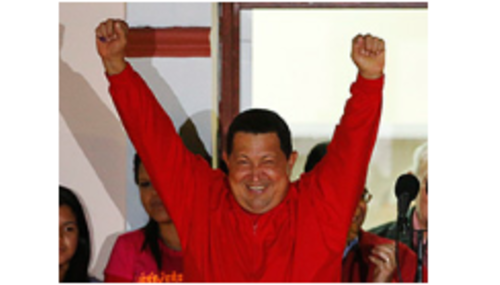 Noel Sheppard
October 8th, 2012 6:15 PM
It's becoming incredibly clear since Barack Obama's horrible performance in last week's debate that his fans in the media are more and more desperate. On Sunday, HBO's Bill Maher said to his followers on Twitter, "John Sununu is a racist fat f--k" (serious vulgarity warning): 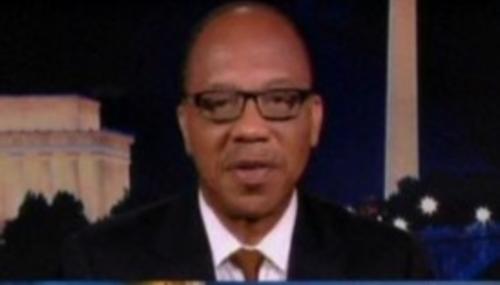 Sununu: 'David Brooks Ought to Be Ashamed of Himself for Recategorizin 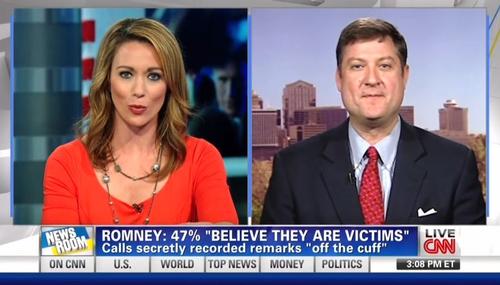 Noel Sheppard
September 18th, 2012 5:36 PM
Former New Hampshire governor John Sununu made a marvelous observation about the current hyperventilation going on in the press concerning Mitt Romney's just revealed remarks concerning the 47 percent of Americans that don't pay federal income taxes. Appearing on Fox News's America Live, Sununu said, "You have a liberal media out there is looking for the tiniest little wart… 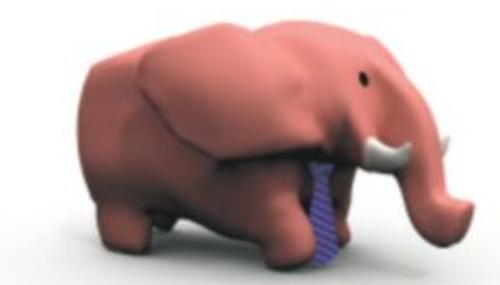 Mark Finkelstein
August 27th, 2012 1:02 PM
When this NewsBuster entered a Spanish-language press conference at the Republican National Convention this morning, he was surprised to find former New Hampshire Governor and Romney surrogate John Sununu at the podium . . . holding forth in fluent Spanish. Interviewed after his remarks, Sununu told NewsBusters that he was born in Havana and that his mother was originally from El Salvador.… 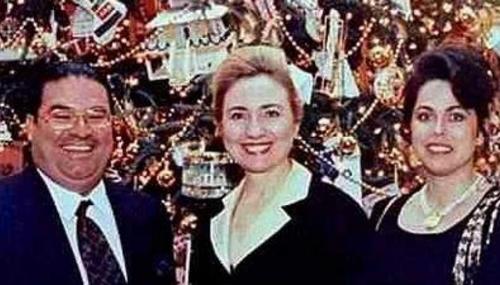 Noel Sheppard
August 14th, 2012 10:33 AM
Less than twelve hours after getting caught reading from a liberal blog during a heated debate with a Romney adviser, CNN's Soledad O'Brien was back on the air Tuesday echoing Democrat talking points. In fact, things got so hot with former New Hampshire Governor John Sununu (R) on CNN's Starting Point that he ended up saying, "Put an Obama bumper sticker on your forehead when… 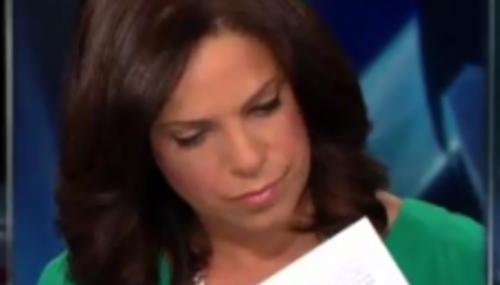 Noel Sheppard
August 13th, 2012 6:48 PM
Former New Hampshire Governor John Sununu on Monday had a heated debate with MSNBC's Chris Matthews. Toward the end of the incursion predictably about Paul Ryan's budget, Sununu accused the Hardball host of being "dumb enough" to think Ryan is "going to call the shots" in this matter instead of Mitt Romney who's "at the top of the ticket" (video… 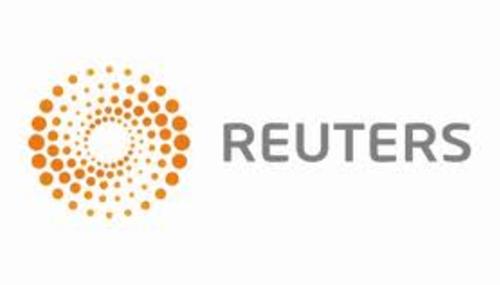 Geoffrey Dickens
July 18th, 2012 4:35 PM
When Barack Obama insulted job creators everywhere, last Friday, by charging: "If you've got a business, you didn't build that, somebody else made that happen," the Big Three (ABC, CBS, NBC) networks didn’t pounce on the politically damaging remark. It took five days and Romney making it the centerpiece of his speech on Tuesday before the first network mention - by…