Randy Hall
The coronavirus pandemic has claimed another victim: the Lights Out With David Spade weeknight program on Comedy Central. Spade's show was a rarity: A late night comedy show not fixated on bashing Donald Trump and Republicans. The show featured host Spade and a revolving panel of guests discussing pop culture news. It stopped production on March 12, joining hundreds of other shows… Tim Graham
On Wednesday's Tonight Show, NBC's Jimmy Fallon interviewed Biden and didn't ask a single tough question -- which no one who watches Fallon would expect. He tends to love-bomb whoever is booked. Fallon gushed to Biden that he was "so eloquent and beautifully spoken" at a TIME 100 gala they attended, and when Biden recited poetry on stage, "it was mind-blowing."… Aiden Jackson
The Democratic candidates can count on a warm and fuzzy interview wherever they venture on the late-night show circuit. Bernie Sanders dropped by The Tonight Show on NBC on Wednesday to discuss a slew of matters, all of which included jabs at President Trump. 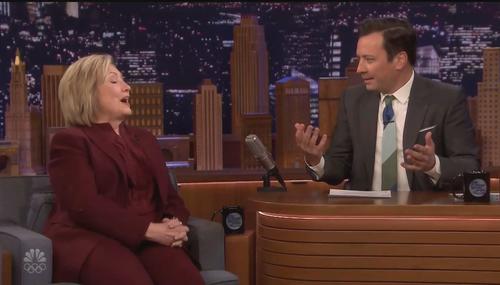 Aiden Jackson
The oozing admiration for Democratic politicians is never so tangible in the press as when Hillary Clinton hits the talk-show circuit. Jimmy Fallon on Wednesday’s Tonight Show shared in the media acclaim for Clinton’s newest Hulu Docu-series, “Hillary.” Aiden Jackson
Senator Elizabeth Warren has learned first-hand that albeit unusual, even members of her leftist cohort, aka late-night hosts, are capable of asking tough questions when it pertains to Medicare for All. The latest to do just that was Jimmy Fallon on Wednesday’s Tonight Show. Aiden Jackson
Liberals in the media the past two years seem to be a living rendition of the movie Groundhog Day. The same routine is repeated every day, always ending with an “explosive new scandal” that will supposedly lead to President Trump being ousted from the White House. Tuesday’s Impeachment Inquiry announcement from Nancy Pelosi led to mass celebrations in the media, especially on… Culture
Alexa Moutevelis
It’s been almost 3 years and yet liberals are still puzzling over how President Trump won the 2016 election. Comedian Anthony Jeselnik has a new answer: he lays blame at the feet of Saturday Night Live head Lorne Michaels. “I think Lorne Michaels helped get Trump elected,” Jeselnik said in an interview with Matt Wilstein on The Daily Beast’s The Last Laugh podcast,… Aiden Jackson
It is par for the course to hear demands of gun control from the media in the aftermath coverage of a mass shooting. The leftist brigade of late night hosts’ stood in solidarity Monday night in their opposition to the Second Amendment and calls for stricter gun laws. Randy Hall
If you gave up watching late-night talk shows because you grew weary of the constant and harsh criticism those programs deliver about President Trump on a regular basis, here is some news that just might bring you back to cable TV. Comedian and sitcom actor David Spade is joining the battle for weeknight viewers with a new program entitled Lights Out beginning Monday night on Comedy Central in… Culture
Jorge Plaza
On June 19, The Hollywood Reporter fashioned a list of the top 40 “most powerful people in comedy” for 2019. It’s a predictable gaggle of reliable lefties and reads more like a Wanted poster for the gang that murdered comedy. The first big-name entry was Sacha Baron Cohen of Borat fame. Though since the 2006 blockbuster hit, the liberal Cohen has struggled to reclaim his…

Culture
Alexa Moutevelis
Tina Fey doesn't think Saturday Night Live can influence people because they're just so darn "fair" and they have their finger on the pulse of how the nation is "already feeling." Kristine Marsh
Even after the prosecution mysteriously dropped all sixteen charges against Jussie Smollett, the actor still hasn’t won approval in the court of public opinion. When even your Hollywood peers are mocking you, it’s a sure sign your career is toast. On Monday’s Tonight Show, Comedian Tracy Morgan (“30 Rock”) took aim at Smollett’s ridiculous story, mocking each… 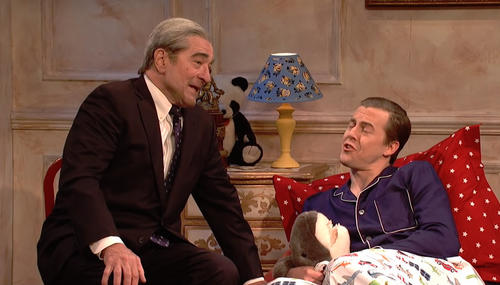 Culture
Gabriel Hays
There’s no two ways about it: Robert Mueller is a heartbreaker. He led the Democrats, the media and Hollywood on for two years, loving them and leaving them with “No Collusion.” To Hollywood lefties, there’s nothing for it but sobbing into a pint of Haagen-Daaz. Hopefully, it’s Chocolate Chip Crow flavored.