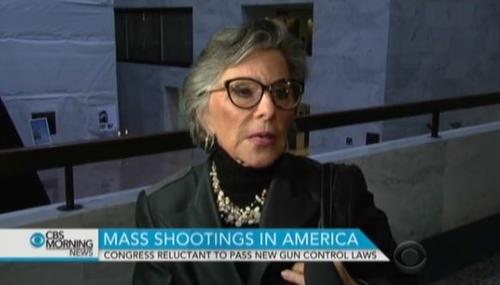 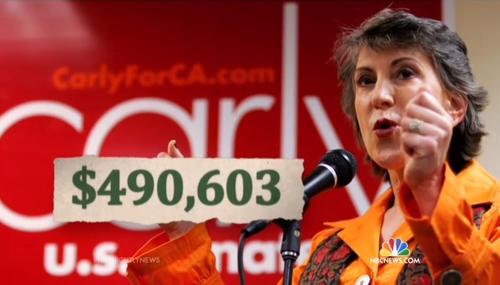 Curtis Houck
October 5th, 2015 10:39 PM
After filing a gooey piece on Hillary Clinton, Monday’s NBC Nightly News also gave airtime to the Republican field, but only in the context of attacking 2016 candidate Carly Fiorina over campaign debt she recently finished paying off from her failed 2010 Senate campaign (despite the fact that she’s far from the first to have debt). 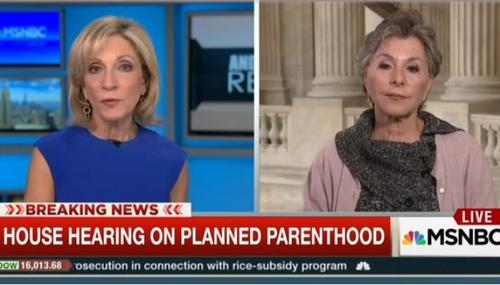 Melissa Mullins
September 30th, 2015 9:23 PM
Ultraliberal Senator Barbara Boxer appeared on MSNBC’s Andrea Mitchell show on Tuesday,  doing her darndest to try and create another fictional case of “the war against women” by defending Planned Parenthood president Cecile Richards and her almost-$600,000 salary and taking pot-shots at presidential hopeful Carly Fiorina.   Mitchell gently asked Boxer “Do you think that that is an… 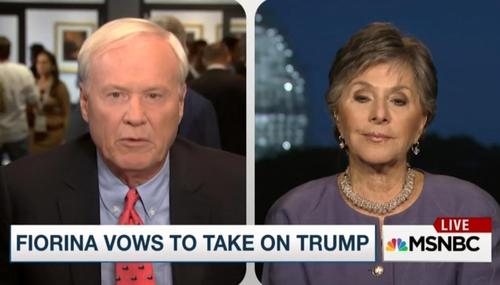 Prior to Debate, Matthews Tag-Teamed with Sen. Boxer to Bash Carly

Ken Shepherd
September 16th, 2015 10:08 PM
A half hour prior to Wednesday's Republican presidential debate on CNN, Chris Matthews over on MSNBC's Hardball tag-teamed with California Democratic Sen. Barbara Boxer to trash Republican candidate Carly Fiorina, who unsuccessfully challenged Boxer in a 2010 Senate race. "Senator, I'm a big fan of yours," Matthews began, "So tell me what you think about tonight. I mean, you beat her, and here… 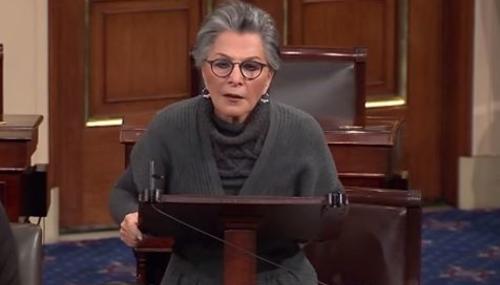 Joseph Rossell
March 20th, 2015 12:40 PM
Global warming alarmists have lost ground lately, but Congressional Democrats have implemented a new strategy: try to “silence” those with other views. In separate instances, three Democratic senators and one Democratic representative have attempted to intimidate more than 100 companies, organizations and academics that diverge from the liberal view that climate change is catastrophic. The… 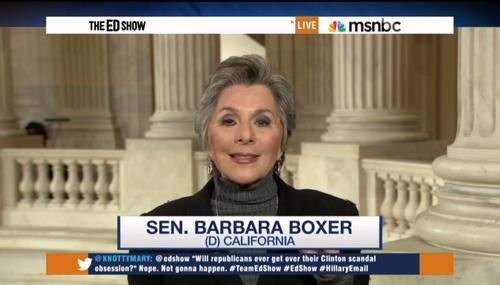 Barbara Boxer: GOP After Hillary Because 'She's Exciting the Public'

Mark Finkelstein
March 11th, 2015 6:41 PM
Could you use some "Hill-arity" after a long day? On the Ed Show,  Barbara Boxer claimed Republicans are going after Hillary "because they know she's exciting the public."  Right.  For good measure, Boxer said that she "unequivocally" trusts Hillary. David Corn of way-left Mother Jones was surprisingly skeptical, saying that "whether Barbara Boxer trusts her or not," Hillary critics have a… 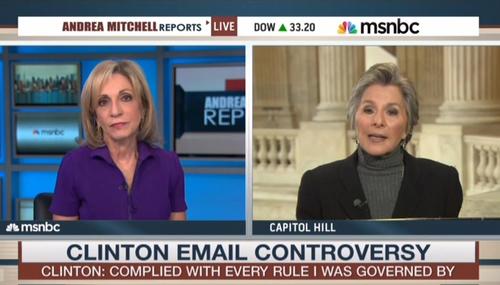 Kyle Drennen
March 11th, 2015 5:01 PM
Appearing on MSNBC's Andrea Mitchell Reports on Wednesday, Democratic Senator Barbara Boxer lectured the liberal journalist for daring to ask about the Hillary Clinton e-mail scandal: "Either you're going to listen to her and believe her that, in fact, she complied with the spirit and the letter of the law or you're not going to trust anything she says....And all of this, I think, is politics. I… 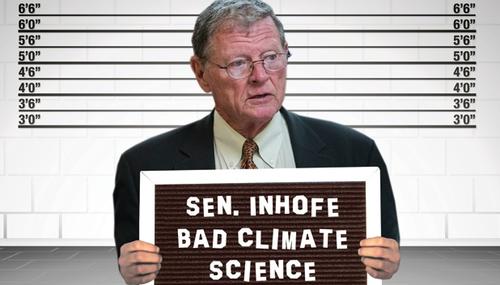 Tim Graham
January 9th, 2015 2:30 PM
About a month ago, The Washington Post reported that kiddie-TV host Bill Nye “the Science Guy” and other leftists put out an open letter demanding the media use the word “climate denier” instead of “climate skeptic” to describe Sen. Jim Inhofe and the conservative side of the global-warming debate. Apparently, the letter worked. Friday’s Washington Post carried a very biased article by Ben… 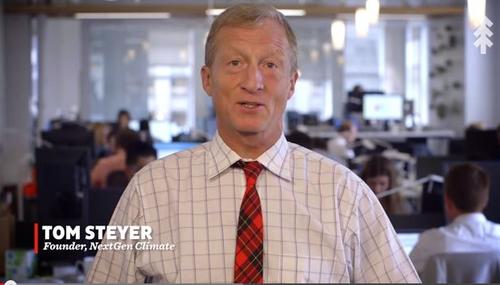 Mike Ciandella
January 9th, 2015 12:01 PM
Liberal billionaire Tom Steyer is considering running for Barbara Boxer’s U.S. Senate seat, according to Politico, and the media are thrilled. The media have pressured liberal billionaire Tom Steyer to run for office before, and as soon as Boxer’s seat opened up they began suggesting him as a viable replacement. According to the Jan. 9 Politico piece, “[a]lmost as soon as Boxer announced that… 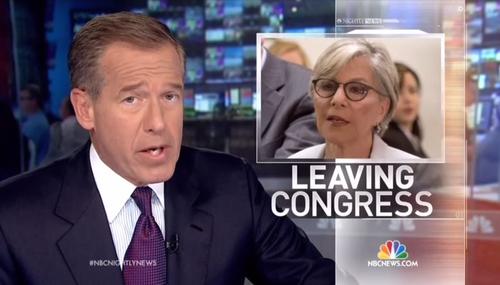 Curtis Houck
January 8th, 2015 9:55 PM
In a news brief on Thursday, NBC Nightly News reported that one of Californi’s two Democratic Senators, Barbara Boxer, would not seek reelection in 2016 and instead retire following “a decade in the House” and her first election to the Senate in 1992. When it came to labeling where she stood politically, however, NBC shied away from labeling her a liberal or progressive.  Instead, anchor Brian… 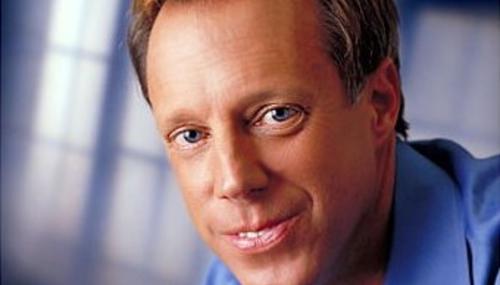 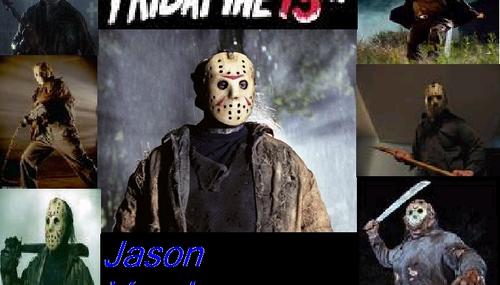 Jack Coleman
December 20th, 2012 8:15 PM
Senator Barbara Boxer is showing how far she will go in her endeavor to do something, anything in the wake of the Sandy Hook massacre. Appearing on Ed Schultz's radio show yesterday, Boxer says she is filing legislation that would allow governors to activate up to 4,000 National Guard soldiers nationwide to provide security at schools. (audio after page break) 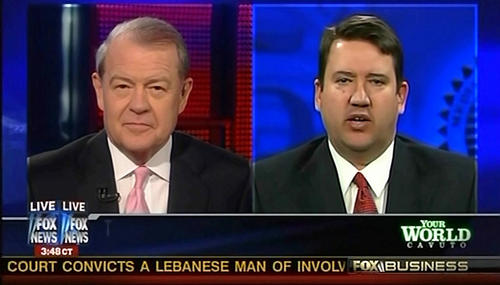 Jeffrey Meyer
February 17th, 2012 4:52 PM
On Friday’s edition of MSNBC’s Andrea Mitchell Reports, host Andrea Mitchell and ultra-liberal Democratic Senator Barbara Boxer actually compared Thursday's House hearing on contraception to the 1991 Anita Hill-Clarence Thomas hearings. Mitchell linked the two, reminding that the Clarence Thomas hearing became "an earth-shattering moment on the Hill because it had been such a male institution…

Ken Shepherd
February 11th, 2012 11:20 PM
When it comes to culturally liberal policy positions, MSNBC has been repeatedly eager to portray conservatives as engaged in a "war on women" with Democrats and the Obama White House being the white knights riding to the defense of damsels in distress everywhere. But when one program dared to deviate a little from the party line earlier this week to voice concerns about the Obama…