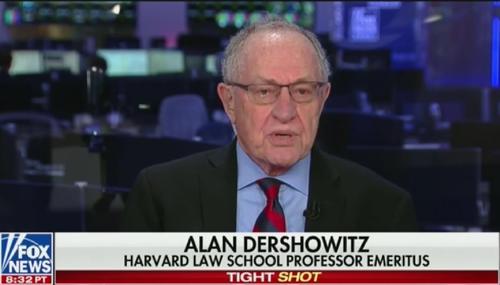 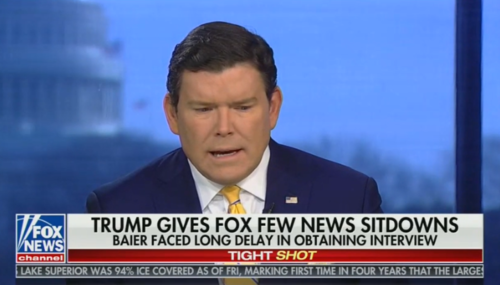 Ryan Foley
March 12th, 2019 6:23 AM
Howie Kurtz, host of Fox News’s Media Buzz, sat down for an interview with Special Report anchor Bret Baier, which aired on Sunday. The two discussed the Democratic National Committee’s decision not to allow Fox News to moderate a Democratic primary debate and the New Yorker article that they used as a justification for making that decision. Baier concluded that “there is a… 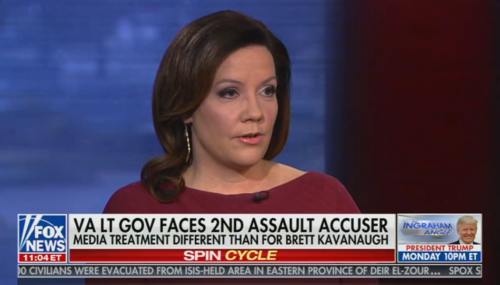 Nicholas Fondacaro
February 10th, 2019 3:40 PM
If you think you noticed a difference in the liberal media’s ferocity, or lack thereof, in pursuing the two sexual assault allegations against Virginia Lieutenant Governor Justice Fairfax (D) and Justice Brett Kavanaugh, you’re not wrong. As The Federalist senior editor Mollie Hemingway called out during an appearance on Fox News Channel’s MediaBuzz on Sunday, The Washington… 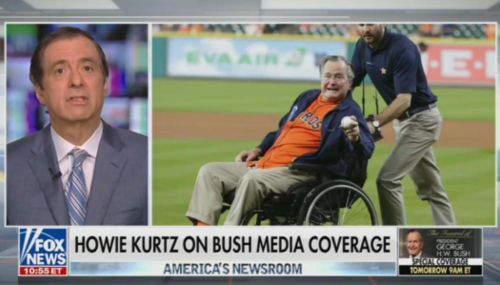 Randy Hall
December 4th, 2018 7:35 PM
Ever since President George H. W. Bush passed away on Friday, the leftist stalwarts in the liberal media have used that news as a springboard for yet another round of attacks against the current GOP occupant of the White House. That tactic didn’t go unnoticed by FNC's MediaBuzz host Howard Kurtz, who on stated on Tuesday morning's America's Newsroom that the past few… 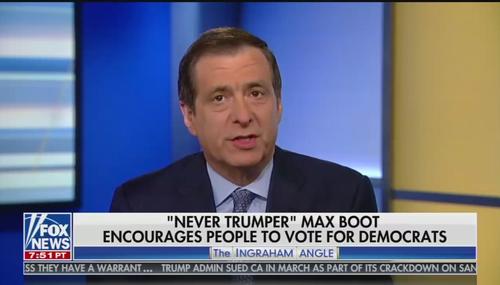 Kristine Marsh
July 6th, 2018 9:06 AM
Fox News Channel’s MediaBuzz host Howard Kurtz appeared on The Ingraham Angle July 5 to talk about the recent bout of #NeverTrump Republicans like Steve Schmidt and Max Boot appearing on cable news, disavowing their party over the president. A longtime media critic, Kurtz expressed amazement at the hysteria over Trump from the right which was almost worse than what is seen on the left.… 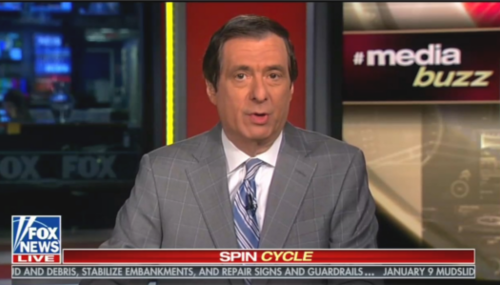 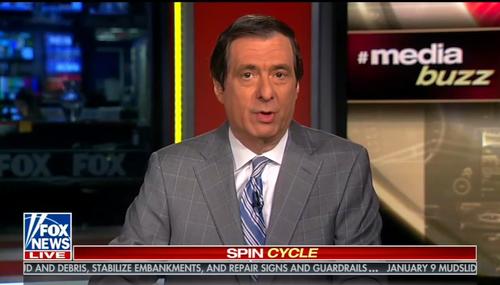 Tim Graham
January 24th, 2018 11:44 AM
Michael Calderone at Politico is reporting on the new book by Fox News Mediabuzz host Howard Kurtz titled Media Madness: Donald Trump, the Press, and the War Over the Truth. "I have always believed in the mission of aggressive reporting and holding politicians accountable," he writes, "But the past two years have radicalized me. I am increasingly troubled by how many of my… 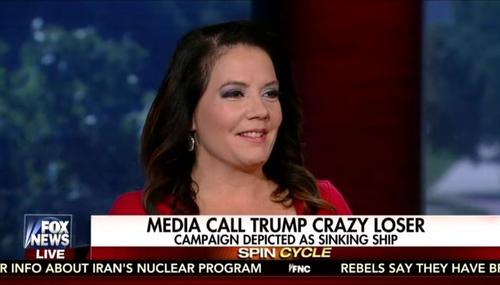 Curtis Houck
August 8th, 2016 1:14 PM
As part of a panel discussion of the media’s election coverage on Sunday’s MediaBuzz, Federalist senior editor Mollie Hemingway chided the media for “going way overboard in just weighing in” on the presidential campaign focusing almost exclusively on Donald Trump’s many stumbles and questioning his mental fitness to be president without looking at Hillary Clinton… 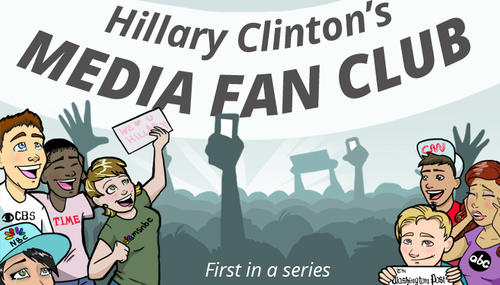 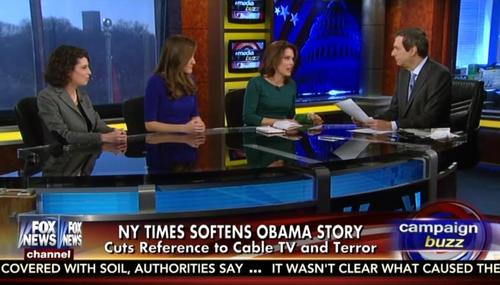 Curtis Houck
December 21st, 2015 4:43 PM
Both of the media-centered programs on CNN and FNC covered on Sunday the move by the New York Times from Friday to delete a line from an article about President Obama not fully realizing “the anxiety” of Americans following terror attacks due to his lack of exposure to cable news. Other than NPR TV critic Eric Geggans rushing to Obama’s defense on CNN’s Reliable… 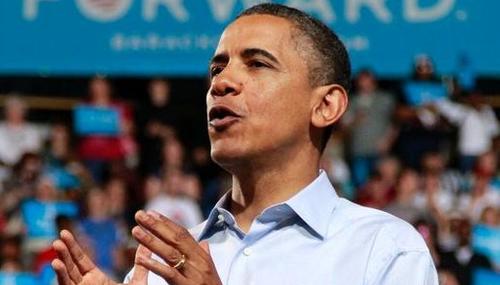 Jeffrey Meyer
July 20th, 2014 1:31 PM
Juan Williams, former National Public Radio reporter and current Fox News contributor, threw some cold water over the liberal media’s obsession with illegal immigration Jose Vargas.  Appearing as a panelist on Fox News’ Media Buzz on Sunday, July 20, Williams noted how the media treat Vargas as a celebrity and insisted that “he is no doubt a hero to the American media… 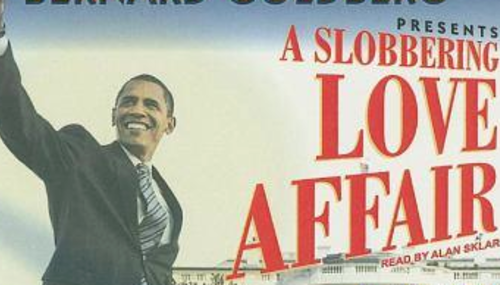 NRO’s Jonah Goldberg: ‘I Am Shocked That The Press Isn’t Protest

Jeffrey Meyer
July 13th, 2014 4:28 PM
National Review contributing editor Jonah Goldberg had some harsh words for the media’s lack of outrage over press restrictions detention facilities for illegal immigrants.  Goldberg appeared on the Fox News show Media Buzz on Sunday and proclaimed to be “shocked that the press isn’t protesting more the rules at these detention centers.” [See video below.]