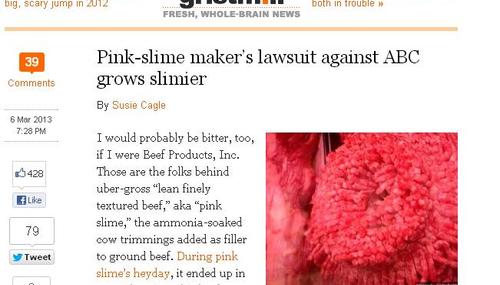 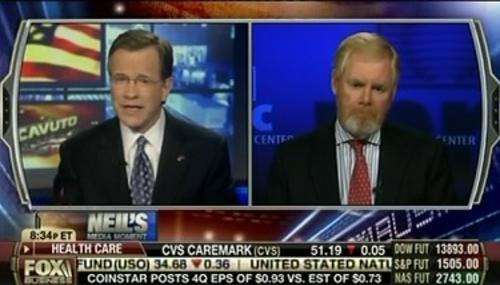 Coulter: 'You Really Wonder If Democrats Would Win Any Elections If We

Noel Sheppard
February 8th, 2013 5:32 PM
"You really wonder if Democrats would win any elections if we had an honest media in this country." So marvelously stated conservative author Ann Coulter on CNBC's Kudlow Report Thursday (video follows with transcript and commentary): 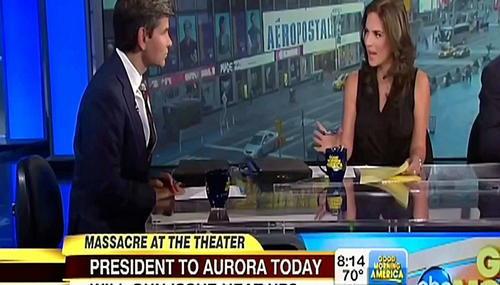 Julia A. Seymour
July 23rd, 2012 10:58 AM
The left, including the Obama administration and some in the media, are making anti-capitalist attacks on opponent Mitt Romney’s business career the latest tactic. And the gloves are off. On July 12, Obama’s deputy campaign manager Stephanie Cutter went on the offensive charging Romney could be a criminal: “Either Mitt Romney, through his own words and his own signature,…

Jeff Poor
October 1st, 2010 3:30 PM
With what appears to be a devastating election looming for his party, is President Obama attempting to follow in the footsteps of one of his predecessors and moderate toward the center? Not if choosing Pete Rouse to replace chief of staff Rahm Emanuel is any indication,  according to CNBC’s Larry Kudlow. On the Oct. 1 broadcast of “The Call,” CNBC Washington correspondent John Harwood…

Jeff Poor
September 26th, 2010 12:46 PM
For the past several years, we’ve heard the doom-and-gloom prognostications coming from perma-bear Peter Schiff: The Federal Reserve is the root of all evil. Inflation will be the United States’ undoing. Invest in gold and overseas because the American stock market is toast. Perhaps that’s a legitimate view, but Schiff argues a more libertarian approach to prevent these supposed calamities.…

Jeff Poor
September 16th, 2010 10:46 AM
The Media Research Center isn't the only ones out there telling folks to be wary of the media and its coverage of the Tea Party movement.  On his Sept. 15 broadcast, Larry Kudlow, host of CNBC's "The Kudlow Report," hit that point. Referring to "Tea Party" primary win in Delaware, New York and New Hampshire, Kudlow explained that this shift to the right was a net-positive…

Jeff Poor
August 16th, 2010 4:01 PM
Paul Krugman and Larry Kudlow - not exactly two guys you would associate with one another. However, they are two media figures Washington Post columnist Frank Ahrens thinks should be candidates for the same job. In his Aug. 15 column, Ahrens wrote about some of the people that should replace outgoing chair of the White House Council of Economic Advisers Christina Romer. He named several…

Jeff Poor
July 28th, 2010 7:27 PM
Gold has been a highly valued commodity going at least as far back as the ancient Egyptian culture in 2600 BC. But now, with economic instability and uncertainty over the health of major global currencies, the demand for gold has risen as a store of value and a hedge against inflation. Over the past 12 months, the price of gold has gone up dramatically - up 25 percent from July 2009 (from $929…

Jeff Poor
June 29th, 2010 10:10 AM
It's hard to imagine an economist being provocative, but Paul Krugman, a Nobel Prize winner, has managed to do so. In his June 28 New York Times op-ed, Krugman argued that since governments around the world aren't willing to double-down on Keynesian policies meant to stimulate the global economy, the United States and the rest of the world are facing a third depression. But on CNBC's June 28…

Jeff Poor
June 15th, 2010 9:28 AM
With the federal government - both on Capitol Hill and in the White House - beginning to take investigative and punitive action against BP (NYSE:BP), the future of the company, at least in the United States, is in peril. On CNBC's June 14 "The Kudlow Report," John Kilduff, a CNBC contributor and the vice president of MF Global was asked by host Larry Kudlow about a potential debarment…

Jeff Poor
March 19th, 2010 8:28 AM
While a vote on health care reform legislation appears to be imminent, should it pass it could have broader economic implications, even if the bill itself won't take effect for some time. As CNBC "Mad Money" host Jim Cramer predicted - if it passes, get ready to see a sell-off on Wall Street. Cramer appeared on CNBC's March 18 "The Kudlow Report," with his former broadcast…

Matt Philbin
January 19th, 2010 7:44 PM
We don’t yet know the outcome of the Jan. 19 Massachusetts Senate special election. But the very fact that the Democrats could lose the seat formerly held by Sen. Ted Kennedy to a conservative who’s made blocking healthcare reform a centerpiece of his campaign, has liberals sputtering implausible explanations.On Jan. 19, former Vermont Gov. Howard Dean and liberal radio host Nancy Skinner…

Jeff Poor
January 12th, 2010 11:36 AM
It hasn't been in the limelight recently, but it is coming. According to CNBC contributor John Kilduff of Round Earth Capital, we will soon see the price of reach $100 per barrel. On CNBC's Jan. 11 "The Kudlow Report," host Larry Kudlow asked Kilduff what it would take for the Obama's administration to change its energy policy to allow for more oil exploration and drilling. "Oil…

Jeff Poor
January 7th, 2010 12:22 PM
Given the well documented "revolving door" between the media and the Democratic Party (particularly the Obama administration), it's hardly surprising that MSNBC "The Ed Show" host Ed Schultz has been approached about a run for the Senate from North Dakota. But it's still hard to swallow the left's hypocrisy concerning who can make the jump from journalism to politics. On his…