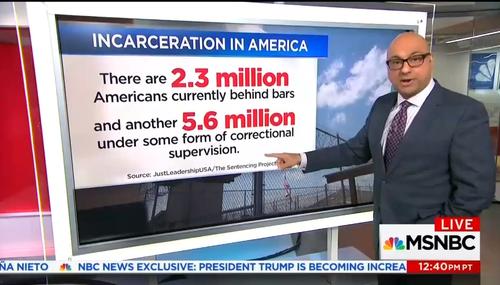 MSNBC Panel: 'Shameful' Sessions Putting Too Many Criminals in Prison

Brad Wilmouth
August 4th, 2017 2:25 PM
When you hear the words "mass incarceration," you know you're about to see a group of liberals complaining that there are too many criminals in prison, and that more should be released back into society. Such was the case on Thursday's MSNBC Live as host Ali Velshi presided over and voiced agreement with an all-liberal panel with Roland Martin of News One Now and Glenn Martin of Just Leadership… 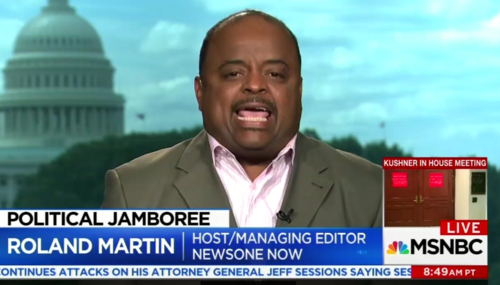 Roland Martin: Trump a ‘Crackhead When it Comes to Large Crowds'

Kyle Drennen
July 25th, 2017 1:33 PM
Appearing on MSNBC’s 11 a.m. ET hour on Tuesday, NewsOne Now host Roland Martin said something so offensive about President Trump that even liberal anchor Stephanie Ruhle had to object. Discussing the President giving an unusually political speech to the Boy Scouts on Monday, Martin launched into a tirade: “Here’s the deal, large rallies for Donald Trump – that’s his crack. He is addicted to it.… 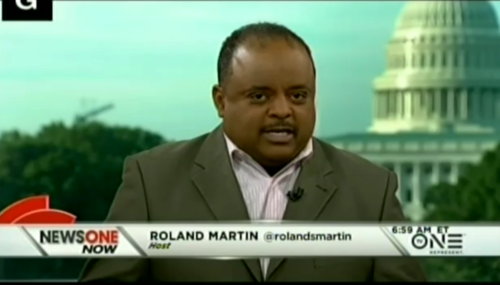 Brad Wilmouth
July 24th, 2017 10:42 PM
On Monday's News One Now, far-left host Roland Martin began his show by complaining because last week NewsBusters accurately reported that he ignored the high-profile shooting death of a white woman by police officers in Minneapolis, even while updating his viewers on cases involving blacks who were also killed by police officers. As he finally got to the case of Justine Damond, he gloated about… 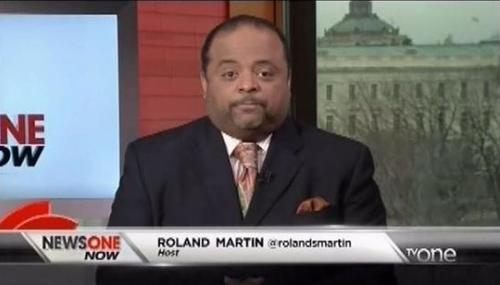 Brad Wilmouth
July 21st, 2017 5:17 PM
On Friday morning's News One Now, host Roland Martin repeatedly ranted over the 33-year sentence that O.J. Simpson received almost a decade ago, even as the far-left commentator admitted he believes Simpson was indeed guilty of the prior offense of murder that he was acquitted of in 1995. After complaining that the judge in the 2008 armed robbery case had been "shameful" and "despicable," he… 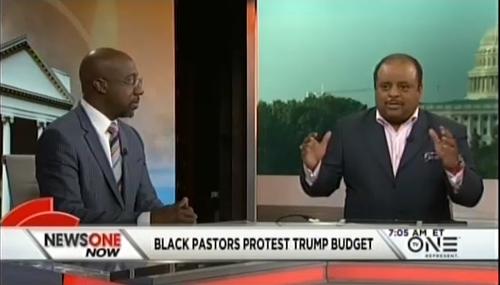 As all the major news networks this week have highlighted the tragic case of Minnesota bride-to-be Justine Damond being shot to death by a police officer, far-left News One Now host Roland Martin -- who sometimes appears on MSNBC -- has conspicuously given no attention to the story even while continuing to update viewers on high-profile cases of blacks being killed by the police. 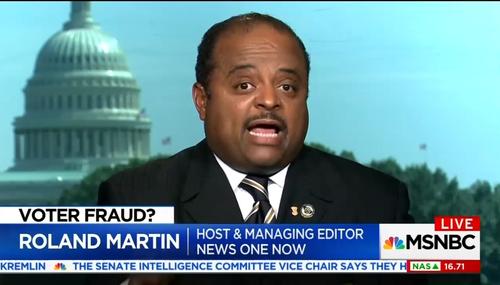 Brad Wilmouth
July 11th, 2017 5:52 PM
On Tuesday's MSNBC Live, News One Now managing editor Roland Martin -- a former CNN contributor who is now a recurring MSNBC guest -- charged that the Republican party is the "greatest threat to democracy" in America and even invoked Civil Rights Movement-era racism as he likened Virginia Republican Rep. Bob Goodlatte to a Virginia "segregationist" from the past. 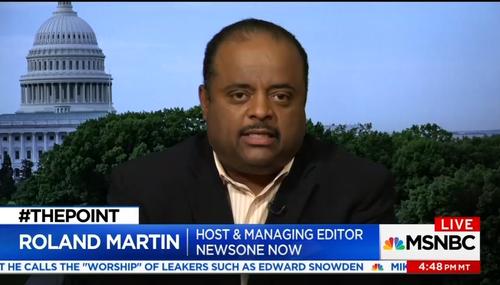 Brad Wilmouth
June 26th, 2017 11:10 PM
As News One Now managing editor and former CNN contributor Roland Martin appeared as a guest on Sunday's The Point with Ari Melber on MSNBC, during a discussion of black suspects being shot and killed by police officers, the liberal commentator seemed unaware that more whites than blacks are killed by police as he declared that "it's going to have to take a series of white Americans shot and… 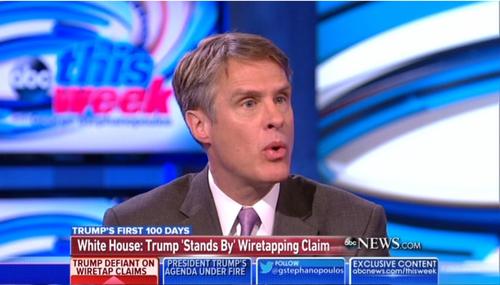 ABC Reporter: Adolescent White House Is a 'Laughingstock' in Europe

Nicholas Fondacaro
March 19th, 2017 1:33 PM
Following a recent foreign policy dust-up between the White House and Britain over unfounded allegations of spying, the liberal media took it upon themselves to speculate the future of the long standing relationship. And during ABC’s This Week the network’s chief foreign correspondent, Terry Moran mocked the Trump administration and argued that all of Europe was laughing at the expense of the…

The Messy Truth About Van Jones

Michelle Malkin
December 7th, 2016 1:42 PM
They never learn. The grand journalism pooh-bahs at CNN were humiliated this election cycle when WikiLeaks revealed that former CNN contributor and interim DNC chair Donna Brazile had shared a question with the Hillary Clinton campaign in advance of a March Democratic primary town hall debate. According to CNN, "activist anchor" Roland Martin and his production team at CNN's debate partner and… 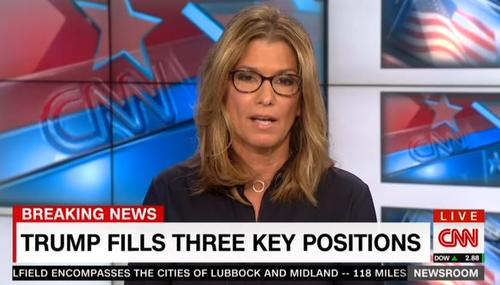 Curtis Houck
November 18th, 2016 12:56 PM
The latest liberal media freak-out about the Trump transition commenced on Friday morning upon the announcement of Republican Senator Jeff Sessions (Ala.) as President-elect Donald Trump’s pick for Attorney General and were led by CNN’s Carol Costello lashing out at the “controversial” Sessions who should “concern” Americans and linked him to hate crimes since the election. 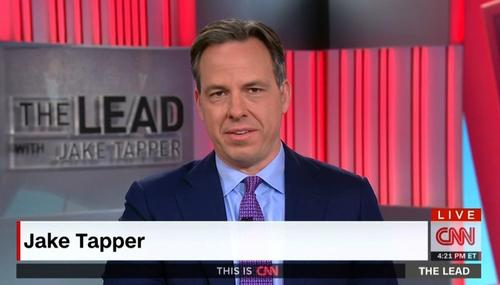 Matthew Balan
October 13th, 2016 4:46 PM
On WMAL's Mornings on the Mall on Thursday, CNN's Jake Tapper revealed his "understanding" about what happened surrounding the leaked town hall question to the Hillary Clinton campaign: "This was a Roland Martin follow-up. So, my understanding is that he, or...somebody on his team got that question to Donna Brazile." Brazile apparently then sent question to Hillary Clinton's campaign, as revealed… 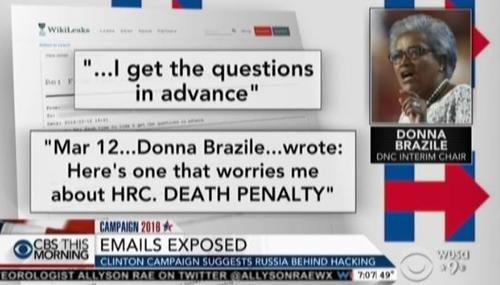 P.J. Gladnick
October 12th, 2016 11:42 AM
It must be nice getting debate questions in advance. Such is one of the many Wikileaks revelations contained in John Podesta's emails. As you can see dramatically illustrated in the video below, current Democratic National Committee Chair Donna Brazile is boasting in an email that "From time to time I get the questions in advance." The question by News One Now host Roland Martin to Hillary…

Nicholas Fondacaro
August 7th, 2016 12:15 PM
The panel featured during ABC’s This Week’s “Powerhouse Roundtable!” seemed have been picking up some radio interference Sunday, because they kept insisting they were hearing sexist “code” coming from Donald Trump. “The emphasis on unhinged and she doesn’t look presidential is totally code for “we shouldn’t elect a woman,”” spat commentator Cokie Roberts, “That is exactly what that is.” Sexist… 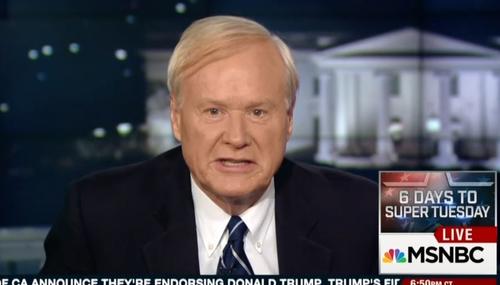 Scott Whitlock and Rich Noyes
March 7th, 2016 8:57 AM
This issue: MSNBC host Chris Matthews says the GOP's "number one goal is to keep blacks from voting," while journalists debate whether Donald Trump more resembles an American Adolf Hitler or a "right-wing" talk radio host. Meanwhile, NBC anchor Lester Holt is already getting tingles up his leg about the prospect of "the first female President;" Disney boss Robert Iger insists that George…