Info for Your Pledge Drive: NPR Morning Host Makes a Half-Million for Hosting on Saturdays

On Tuesday morning, syndicated talk-radio host Chris Plante mocked "National Panhandler Radio" for having some seriously high salaries for a taxpayer-subsidized network that begs for listener donations in pledge drives. Plante cited tweets by Washington Post media reporter Paul Farhi from the latest IRS 990 form for nonprofits revealing the high salaries of NPR stars. Plante marveled first at Weekend Edition Saturday host Scott Simon, who is a one-day-a-week anchor and yet made $479,578 -- a 16 percent pay hike.

Everyone knows when the liberal comedians are joking, they're just making up Fake News, right? Or does the audience suspect there's a lot of truth behind the humor? Fans of the weekend NPR news quiz Wait! Wait! Don't Tell Me! heard the notion that President Trump's new budget "slashed" spending on everything, including Medicare and Medicaid.

On Saturday’s Wait Wait...Don’t Tell Me!, NPR’s Peter Sagal mocked the presidential prospects of Senator Bernie Sanders (I-Vt.) and joked that during the Democratic primary Hillary might play “for the middle by walking over during a debate and punching the hippie.”

The Catholic Church’s Diocese of Brooklyn is marketing its Christmas celebrations to millennial “hipsters” with an ad campaign focusing on concepts like nightclubs and selfies. One shows a church door with the slogan “Everyone’s on the list,” in contrast to an exclusive nightclub. Another shows an attractive brunette in glasses taking a selfie with the slogan “It’s Never Just a  Selfie,” and behind the woman is an image of Jesus Christ.

This marketing campaign became grist for secular-progressive mockery on Saturday on National Public Radio. The host of their game show “”Wait! Wait! Don’t Tell Me” suggested Jesus couldn’t take the selfie with the young lady because “his hands were occupied.”

The PBS Series on Constitution Surprises with Unbiased Debates, Including Gay Marriage

The new four-part series Constitution USA embodied the conglomeration of Peter Sagal, one of the more left-leaning NPR hosts, and PBS, which has been scrutinized for its abundance of liberal programming, so one might have expected this series to just be another partisan broadcast espousing solely liberal viewpoints.

However, in a rather pleasant surprise, the show covered most issues in an unbiased, nonpartisan manner. For example, when discussing the issue of homosexual marriage, Sagal interviewed proponents from both sides of the debate on this matter of contention. [Link to the audio here]

On your bike! New York Times's roaming critic Neil Genzlinger reviewed Constitution USA with Peter Sagal, airing Tuesday night on PBS. Judging by the headline, "The Philosophical Rumble Of That Living Document," Genzlinger's editor didn't know what to do with his puzzling, cranky review of the documentary (starring Sagal, liberal host of the NPR game show Wait Wait ... Don’t Tell Me!).

NPR's Peter Sagal: U.S. Constitution Like 'Tinkerbell'; It's 'Only As Alive As We Collectively Have Decided'

Promoting his new PBS special "Constitution USA with Peter Sagal," the NPR "Wait, Wait... Don't Tell Me" host went a step further than the typical liberal explanation that the nation's governing charter was a "living document." No, "[w]hat makes the Constitution a successful document... is less the document itself than the people's willingness to believe in it," Politico's Patrick Gavin informed readers of his April 23 profile on Sagal, which summarizes a 13-minute interview (embedded below page break).

"The Constitution is only as alive as we collectively have decided it is today," Sagal told Gavin, adding, "I've been calling it the Tinkerbell of national charters because Tinkerbell only lives if you clap, right? Or if you say, 'I do believe in fairies, I do!'"

Like ABC, The Snobs at NPR Laugh At Shutdown of Hostess, the Snack-Food 'Supervillains'

On Friday, Scott Whitlock reported ABC's Good Morning America reported the morning show milked the 18,000 jobs lost in the shutdown of Hostess for laughs. The same laughing at pink slips occurred Saturday on National Public Radio's game show Wait Wait Don't Tell Me. Players were given a question after NPR newscaster Karl Kasell asked in a low growl "Where are you, you spongy yellow delicious bastards?"

Host Peter Sagal explained Kasell was delivering a Woody Harrelson line about Twinkies from the movie Zombieland. After a contestant answered that it was Hostess that shut down this week, Sagal started the wise cracks. "Hostess Incorporated, they make Twinkies, Ding-Dongs, Wonder Bread, Fudge Puppies, Fat Crammers, and Lard Bursts [laughter]...said they would liquidate the company if striking workers didn’t come back to work." Of course, there was also a Chris Christie joke:

By contrast, a review of the last four shows finds there have been zero Barack Obama jokes. However, on March 10, they made fun of Rick Santorum saying if elected, he would not recite the names of former presidents to make excuses for himself. This prompted a "caliphate" joke at the Catholic candidate's expense.

"When will you ever hear the word 'liberal' attached to a Republican?" Bozell asked, noting that Murkowski is in fact a liberal Republican.

"In eight years, she was on [CBS] one time. In the last week, she's been on there twice," the Media Research Center president noted after viewing a clip of CBS "Evening News" Katie Couric's November 15 interview with the Alaska senator.

Since National Public Radio somehow missed out on an author interview with George W. Bush -- they did portray his presidency as a horror film -- NPR's Chicago-based weekend game show Wait! Wait! Don't Tell Me!   mocked the former president by "interviewing" clips from his audio book, or as they called it, "A Fake Interview with a Real President." Bush's decision to tell about how he gave up drinking after his 40th birthday in 1986 is apparently a lie, if you're a public-radio comedian. Game-show host Peter Sagal mocked Bush as a drunk in the White House (MP3 AUDIO)

SAGAL: Thank you, everybody. With President George W. Bush's memoir, "Decision Points," coming out this week, naturally we reached out to invite the president on for an interview. Now this was the response we got, for real, from his former press secretary Dana Perino, quote, "That's hysterical. You guys are so funny," and then a smiling emoticon. So instead, we'll be interviewing George W. Bush's audio book. So welcome to WAIT WAIT, this is a big honor for us. Now, you tell some great stories in the book. Tell us about your first week as president.

BUSH: I had a few beers with the guys on Monday night. On Tuesday, I’d fix my favorite after dinner drink, Benedictine and brandy. I had a couple of bourbon-and-Sevens after I put Barbara and Jenna to bed on Wednesday. 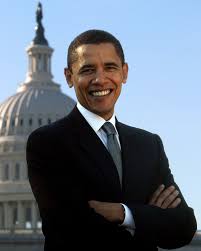 Talk about your inconvenient truths.

Potentially even more shocking, Simon exposed how absurd it is that folks have attacked Prejean while giving Obama a pass: "If you point out, as I have to a couple of e-mailers, that the president's opinion on gay marriage is more or less identical, the same people dismiss it as a painful insincerity he is forced to adopt because of people like Miss California."

The audio of this marvelous segment is available here with transcript below the fold (h/t JohnK):