Info for Your Pledge Drive: NPR Morning Host Makes a Half-Million for Hosting on Saturdays 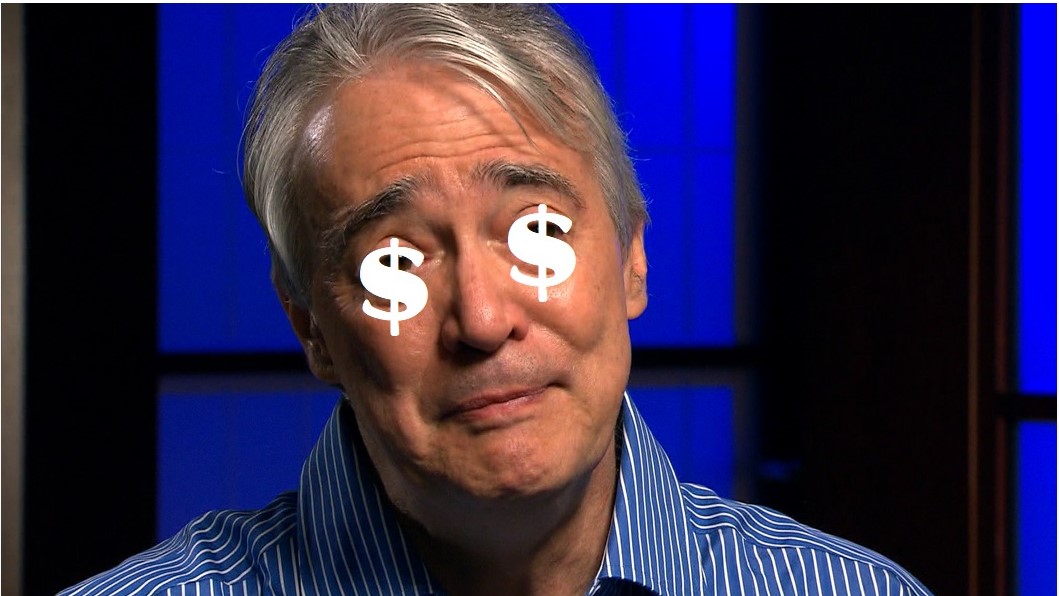 Plante marveled first at Weekend Edition Saturday host Scott Simon, who is a one-day-a-week anchor and yet made $479,578. Farhi reported this was a 16 percent pay increase. Plante underlined "That is more than the President of the United States" for one day's work, and insisted he would love to get a job with that much pay for that little on-air time.

Now recall that last year, Farhi reported that according to union representatives, 20 to 22 percent of NPR’s 483 union-covered newsroom workforce, or one in five employees, were temp workers making $21 an hour. Former health reporter Julie Rovner recalled she spent the first seven years of her 16 years at NPR as a temp.

When it came out in 2009 that Simon was making just over $300,000, he told then-NPR ombudsman Alicia Shepard "I am grateful for the salary that I earn and feel that it is merited by the popularity of our program, the audience our show generates, the number of interviews, essays, and reported pieces that I do, and whatever value I have to NPR that may contribute to our relationship with the public." Shepard noted his salary was much lower than private-sector anchors like Katie Couric.

Farhi began by focusing his tweets on Michael Oreskes, who was forced out for sexually harassing female employees:

-- Thread: @NPR gave its former news director,@MichaelOreskes, a 25 percent raise, including an $80,000 bonus, in the same year it fired him over allegations of sexual harassment, according to an IRS filing by NPR last week. https://www.npr.org/documents/2018/feb/npr-independent-harassment-report.pdf

-- Oreskes received the big bump in pay despite internal questions raised by top managers about his interactions with young women at NPR and outside. These concerns began in October, 2015, according to an internal review after his firing in Nov. 2017

-- Managers also reviewed his expense accounts, concerned about a pattern of expensing dinners with young women. This review lasted through much of 2016.

-- However, Oreskes was paid for only 10 mos in 2017 before his firing. NPR said he received NO compensation for the final two months or thereafter. If he had, he would have earned an additional two mos of salary, bringing his total annual pay to around $489,500, or +25 percent.…

-- Background of all this: NPR and the union for newsroom employees, SAG-AFTRA, engaged in tense contract negotiations during '17 during which employees authorized a strike. The negotiations led to a 3-year contract with annual raises of 2.5 percent.

NPR CEO Jarl Mohn, who oversaw the Oreskes scandal and its repercussions, was listed at $646,129.