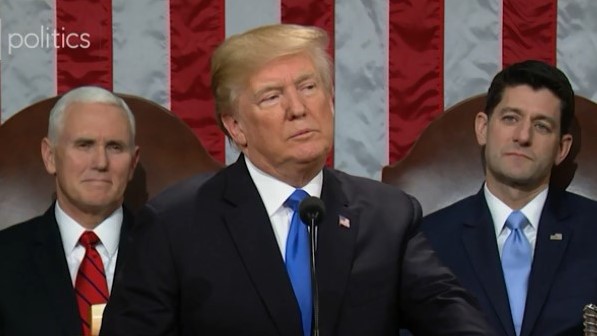 Everyone knows when the liberal comedians are joking, they're just making up Fake News, right? Or does the audience suspect there's a lot of truth behind the humor? Fans of the weekend NPR news quiz Wait! Wait! Don't Tell Me! heard the notion that President Trump's new budget "slashed" spending on everything, including Medicare and Medicaid.

Spending on those enormous health programs is never "slashed" -- they grow by leaps and bounds, even if some spending formulas inside the program get adjusted, or the Republicans propose a lower trajectory of skyrocketing growth than Democrats -- which is not "cuts." Reporters (and comedians) never look at actual overall Medicare/Medicaid spending on a chart.

The moderate-to-liberal Committee for a Responsible Federal Budget reports that under the Trump budget proposal, "Between 2018 and 2028, nominal Medicare spending would grow by 120 percent instead of 134 percent."

The game here is "Who's Bill This Time?", in which announcer Bill Curtis reads a quote. Well, they told the contestant on the phone who the person was, but you had to sort of fill in the blank:

PETER SAGAL, host: Your next quote, Michelle, is from Mick Mulvaney. He is the White House director of the Office of Management and Budget. He was speaking in testimony this week.

BILL KURTIS, announcer: I probably could have made it balance by using funny numbers.

SAGAL: Mulvaney was saying he could have - no problem - balanced what if he wanted to? But he just chose not to. What is it?

SAGAL: You'd be right…. (APPLAUSE)  We missed this in a lot of things going on, but the Trump administration actually laid out their official budget this week, and it's basically - it's just money for guns and tanks and just enough new highway for them to have a parade on. (LAUGHTER)

Everything else is slashed - the NEA, the CDC, NEH, CPB, TBS, T.J. Maxx, science programs and Medicare and Medicaid. Don't worry, though - don't worry, though. If you're worried how you're going to live without these important programs, don't worry. President Trump's lawyer is willing to pay a hundred and thirty thousand bucks out of his own pocket to people who need help for no reason at all.

Throwing in TBS and T.J. Maxx is a way to suggest there's some serious fakery going on in this joke. But people might actually think this argument as a whole is true -- that Trump is wildly slashing the social programs to buy "guns and tanks."