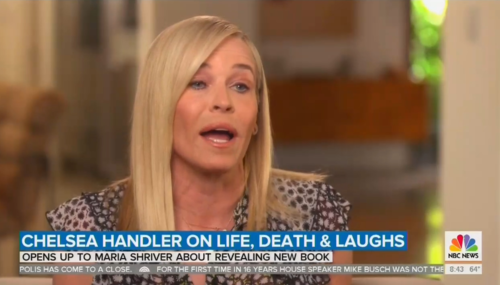 Kyle Drennen
April 9th, 2019 12:22 PM
During an interview with NBC’s Maria Shriver aired on Tuesday’s Today show, left-wing comedian Chelsea Handler promoted her new book about undergoing a year of therapy following the election of Donald Trump in 2016. Doubling down on her remarks to HBO’s Bill Maher over the weekend, Handler described the “mid-life crisis” she suffered after the President defeated… 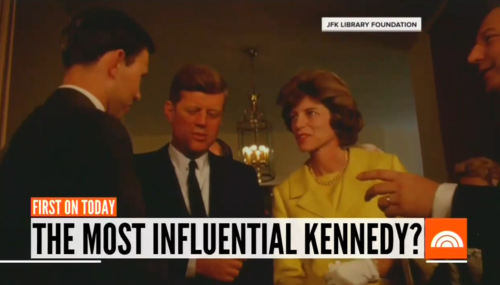 Kyle Drennen
April 13th, 2018 4:22 PM
One week after the release of the movie Chappaquiddick, a film shining a light on Ted Kennedy causing a woman’s death, NBC’s Today show decided it was time to change the subject with a glowing profile of the late Democratic senator’s sibling, Eunice Kennedy Shriver. Offering the usual gushing over the Kennedy clan being “America’s royal family,” the morning… 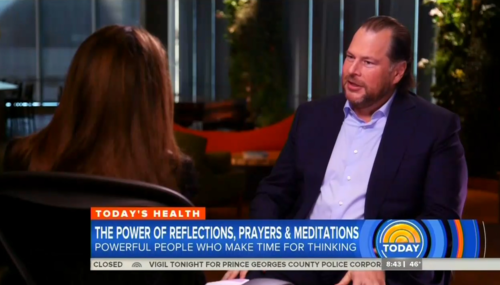 Kyle Drennen
February 28th, 2018 11:24 AM
In a report for Wednesday’s NBC Today, Special Anchor Maria Shriver praised Salesforce CEO Marc Benioff as an “amazing leader” who was “changing the world for the better.” As evidence of his supposed “inspiring” and “groundbreaking” leadership, she touted his left-wing intimidation tactics against states that enacted religious freedom laws. 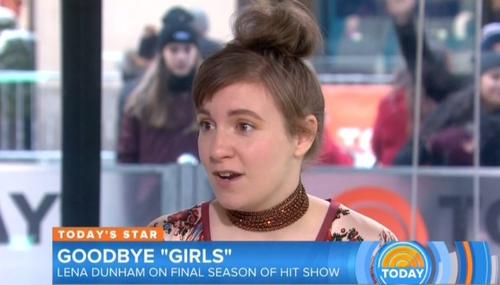 Kyle Drennen
February 10th, 2017 12:56 PM
In a friendly chat with actress and left-wing activist Lena Dunham on Friday’s NBC Today, substitute co-host Maria Shriver lobbed one softball after another while promoting the final season of HBO’s Girls. Dunham, in turn, praised liberal young women for practicing “identity politics” and denounced the “xenophobia” of the Trump administration. 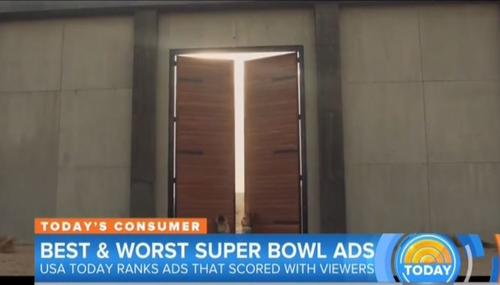 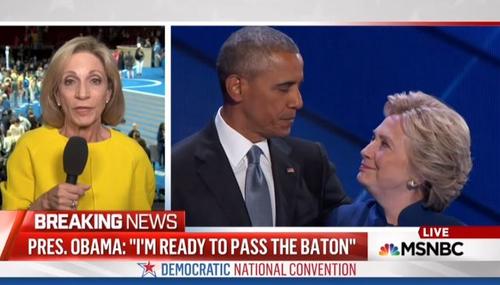 NB Year-in-Review: The Most Outrageous Quotes of 2016, Part I

Rich Noyes
December 27th, 2016 10:02 AM
As 2016 comes to a close, this week NewsBusters will be recounting the most obnoxious liberal bias of the year. Today’s installment: the most outrageous examples of journalists fawning over liberal or left-wing icons, including Barack Obama’s “keen intelligence,” the “fundamentally honest” Hillary Clinton, and the “tremendous sense of pride” Cubans… 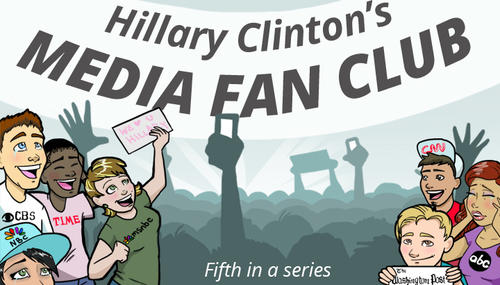 Rich Noyes
July 8th, 2016 8:56 AM
NewsBusters is continuing to document the news media’s role in enabling Hillary Clinton’s political career, showing how reporters showered were with positive news coverage while they savaged her opponents. Today, ten examples representing the softball treatment Hillary has received in TV interviews over the years. 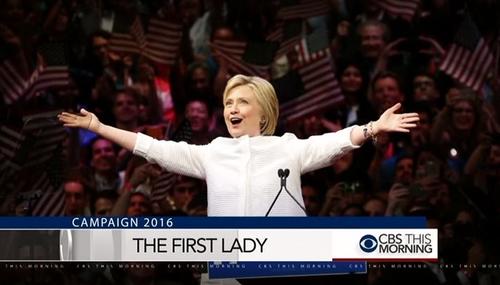 Rich Noyes
June 13th, 2016 8:56 AM
The June 13 issue of Notable Quotables: journalists erupt with glee after Hillary Clinton becomes the first woman to clinch the Democratic nomination, as one New York Times reporter tells Bernie Sanders that it's "sexist" for him to "get in the way of what could be the first female president." Meanwhile, some journalists blame Trump for violent riots that erupted in… 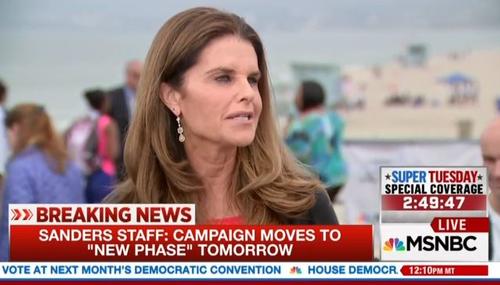 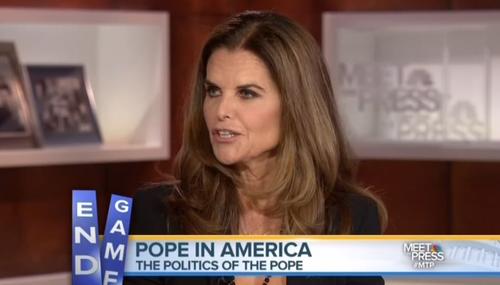 Kyle Drennen
September 21st, 2015 1:22 PM
On Sunday’s NBC Meet the Press, moderator Chuck Todd hyped Pope Francis taking on liberal agenda items: “The incredibly popular pope has been outspoken on his views about inequality and climate change....[in the] Shriver Report snapshot poll of American Catholics, a full 86% think it's a good thing that this pope has emphasized income inequality and environmental issues over… 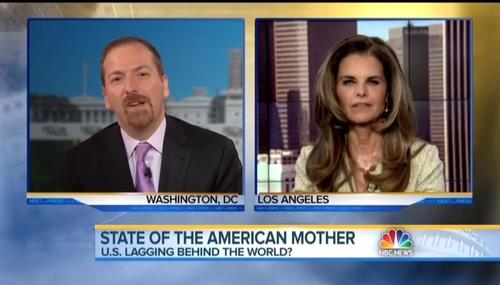 Jeffrey Meyer
May 11th, 2015 12:59 PM
On Mother’s Day, Meet the Press moderator Chuck Todd and NBC contributor Maria Shriver, former First Lady of California, bemoaned that the United States ranked far behind Norway in government mandated services, such as paid maternity leave, for all women. Todd: "Among 193 member states of the United Nations, the United States and seven other countries have no paid maternity leave. Five… 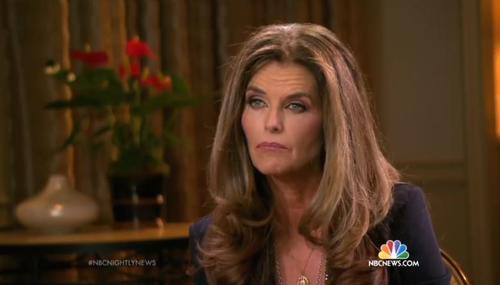 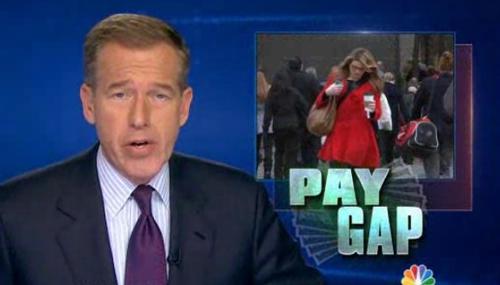 Julia A. Seymour
October 21st, 2014 10:39 AM
Obama has been a champion of equal pay for women, at least according to his administration and the network news media. The broadcast networks boosted his image on the subject throughout his presidency, from the first bill he signed into law in 2009 to a September 2014 speech mentioning “equal pay.” ABC said Obama waged an “assault” on the pay gap with an executive order…