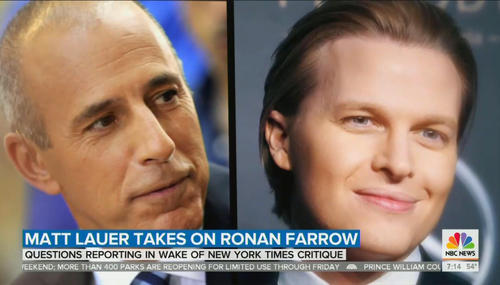 Kyle Drennen
May 20th, 2020 12:19 PM
It’s funny how liberal journalists suddenly warn of media bias when they are the ones facing press scrutiny. That hypocrisy was on full display Tuesday, when Mediaite decided to publish an op/ed from disgraced former Today show host Matt Lauer, who portrayed himself as a victim of “shoddy journalism.” On Wednesday, both NBC’s Today and ABC’s Good Morning America… 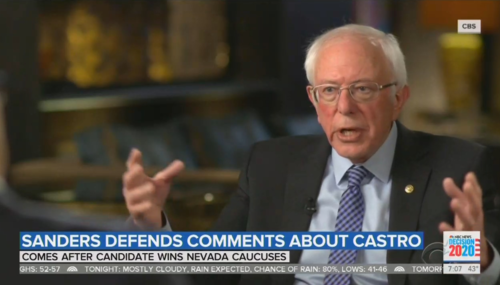 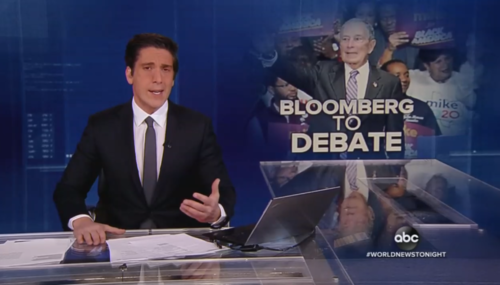 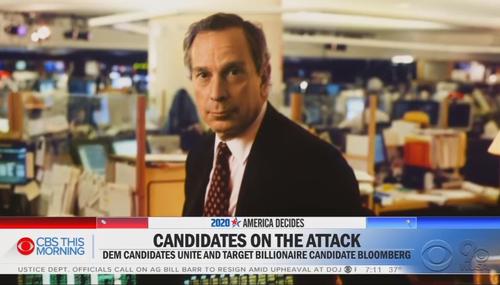 Scott Whitlock
February 17th, 2020 12:35 PM
Allegations of sexism and inappropriate remarks are swirling around the rising 2020 campaign of Michael Bloomberg. But CBS is skimping on the details — including how the businessman allegedly made gross insinuations about women and oral sex and may have told a pregnant employee to “kill it,” in regard to her unborn child. On CBS This Morning, Monday, the show allowed a… 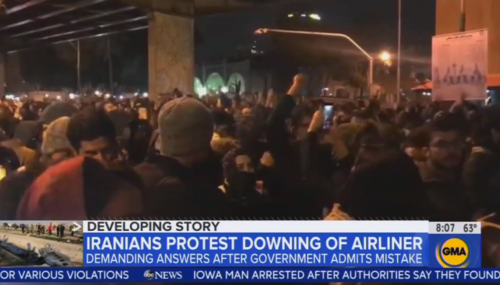 Overnight, students of Iran’s polytechnic university in Tehran put their lives on the line by taking to the streets to call for an end to the radical regime ruling the country. It was a massive blow to the liberal media’s false narrative that the U.S. killing of General Qasem Soleimani somehow “united” Iranians. To further prove their initials stood for Ayatollah Broadcasting Company, the… 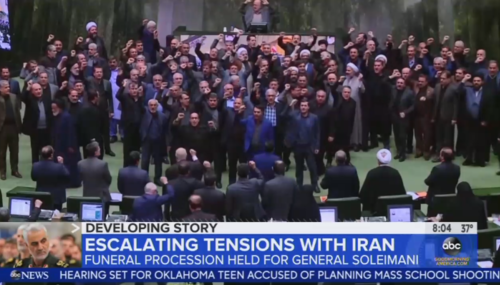 ABC News kicked off Sunday’s Good Morning America by marveling at the sea of mourners in the streets of Iran and hyping the Iranian politicians who gathered on the floor of their legislature to chant “death to America;” in the wake of the U.S. airstrike that killed Iranian general, Qasem Soleimani on Thursday. 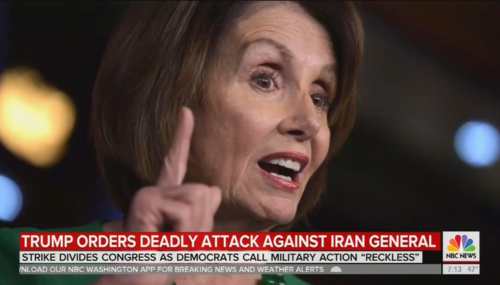 Kyle Drennen
January 3rd, 2020 4:53 PM
On Friday, all three network morning shows were quick to seize on Democratic talking points slamming the U.S. killing of Iranian terrorist leader Qasem Soleimani as “reckless” and even “illegal.” It all came amid media hand-wringing over the air strike in which journalists labeled the brutal murderer “iconic” and “inspirational.” 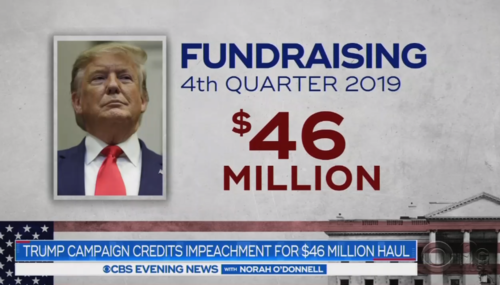 ABC Touts 2020 Dem Fundraising, Skips How Trump Beat Them All

In their Thursday report on the state of the Democratic primary at the start of the election year, ABC’s World News Tonight took the opportunity to boast about how well their candidates were doing terms of fundraising. But, they were the only broadcast network to omit how President Trump’s fundraising numbers were blowing them out of the water, $46 million for the fourth quarter of 2019 alone… 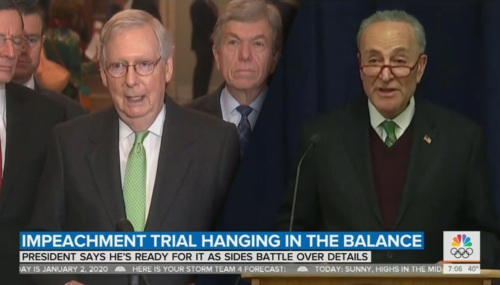 On Thursday, the NBC and ABC morning shows rang in the new year by hyping only Republican senators being politically “vulnerable” on impeachment and “potential breaks in the GOP ranks.” There was no discussion of Democratic lawmakers paying a political price for supporting the radical action against President Trump and the coverage even seemed to place them in the driver’s seat of the… 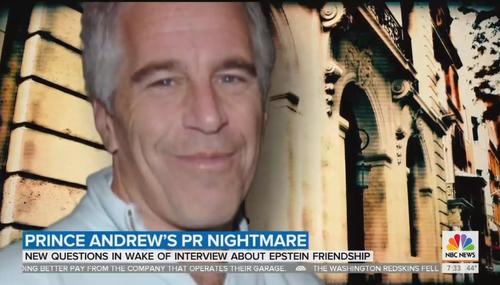 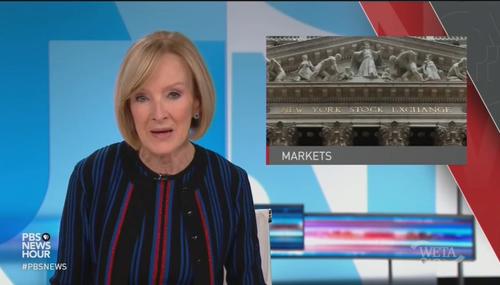 Tim Graham
November 16th, 2019 4:04 PM
The PBS NewsHour managed to find 23 seconds that ABC, CBS, and NBC couldn't find on Friday night...Another record high on Wall Street. They couldn't manage to add any context for Trump in their 11-minute-long Week in Review segment, as "conservative" David Brooks wisecracked the Democrats were killing it on impeachment: "If this were a football game, it would be 42 to 3.… 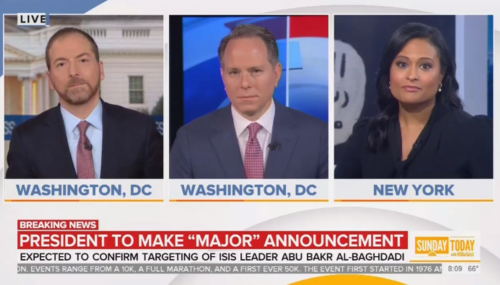 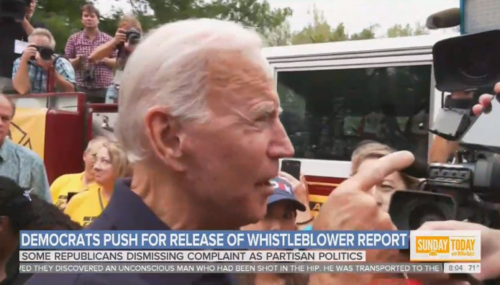 Despite that there were still few facts known and a whole lot of speculation about the allegations made by the anonymous and so-called “Trump whistleblower,” ABC and NBC were more than willing to throw their weight behind the effort. Their Sunday coverage seemed to come at the behest of former Vice President Joe Biden, who on Saturday yelled at Fox News reporter Peter Doocy and demanded the… 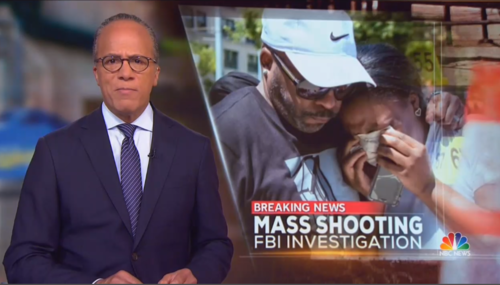 Nicholas Fondacaro
August 6th, 2019 9:20 PM
As NewsBusters research analyst Bill D’Agostino exposed Tuesday afternoon, the liberal broadcast networks were doing their best to avoid telling their viewers that the gunman behind the Dayton mass shooting was an admitted ‘leftist’. But ABC’s World News Tonight was the first flagship network news program to break that trend Tuesday evening when they footnoted that fact.