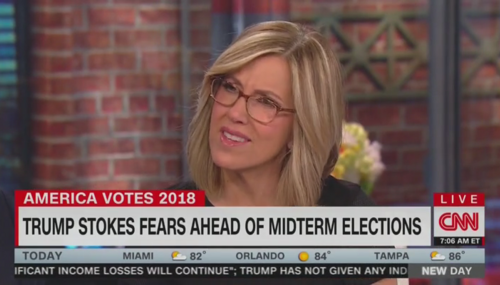 Mark Finkelstein
October 31st, 2018 8:14 AM
On CNN, Alisyn Camerota lumps President Trump with the accused Pittsburgh mass murderer. Regarding migrants, Camerota says Trump is, "frankly, I have to say it, using some of the same language that the mass murderer at the synagogue used . . . It's hard for him to celebrate his narrative of vilifying migrants when, again, the alleged mass murderer did the same thing." 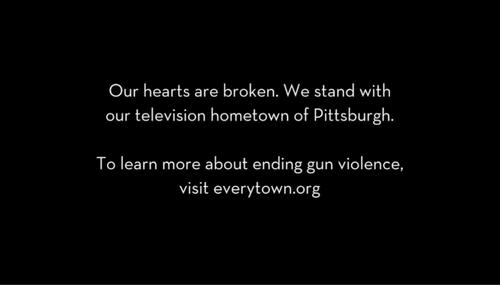 'This Is Us' Ends with Plug for Bloomberg's Pro-Dem, Anti-Gun Group

Culture
Annie Piper
October 31st, 2018 12:15 AM
Many fans tuned into the latest installment of This Is Us, titled "Kamsahamnida," on Tuesday night. The episode was packed with drama, as usual. Kate was helping Toby fight depression, Kevin decided to go to Vietnam to follow his dad’s story and Randall was running for office in a local election. Randall wasn’t the only person trying to solicit votes in this episode,… 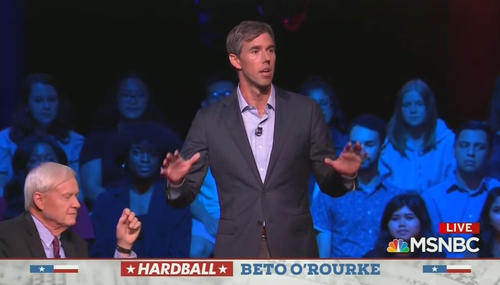 Curtis Houck
October 30th, 2018 10:04 PM
Imagine your worst expectations for MSNBC’s Hardball giving Democratic Texas Senate candidate Beto O’Rourke his own town hall Tuesday at the University of Houston. Sadly, whatever came to mind probably couldn’t match reality. All told, the hour-long event featured comparisons between O’Rourke and Bobby Kennedy, questions about supporting the liberal media, and even his… 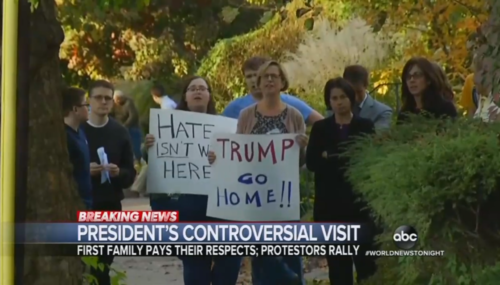 Nicholas Fondacaro
October 30th, 2018 9:26 PM
President Trump and his family visited the Tree of Life synagogue on Tuesday to pay their respects to the victims of Saturday’s attack. While there, protesters took to the streets to denounce his visit much to the delight of the liberal media. So much so, that ABC spent more time during World News Tonight focused on the protesters than the actual funerals going on that day. 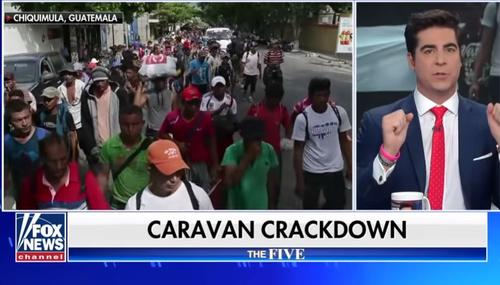 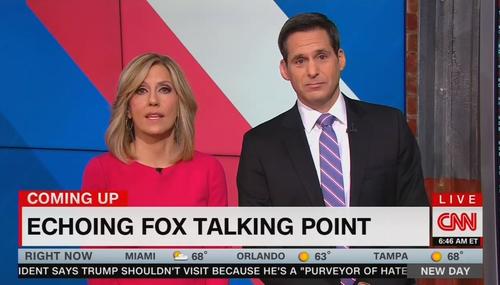 Bill D'Agostino
October 30th, 2018 5:22 PM
In the aftermath of Saturday’s synagogue shooting in Pittsburgh, liberal cable hosts hurried to place blame for the shooter’s actions at the feet of conservative media outlets, on the grounds that they had recklessly “radicalized” the American right. Whether unwittingly or otherwise, the left-wing pundit class have crafted their own “enemy of the people”… 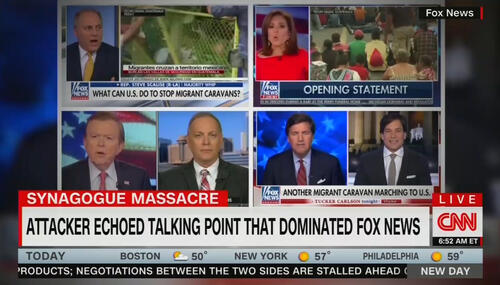 Ryan Foley
October 30th, 2018 3:19 PM
During Tuesday’s edition of CNN's New Day, media critic Brian Stelter compiled a report suggesting that Fox News bears responsibility for the massacre at the Tree of Life Synagogue in Pittsburgh over the weekend. It looks like this has become the new normal on CNN; Stelter and his panel made the exact same point on Reliable Sources just 48 hours earlier. 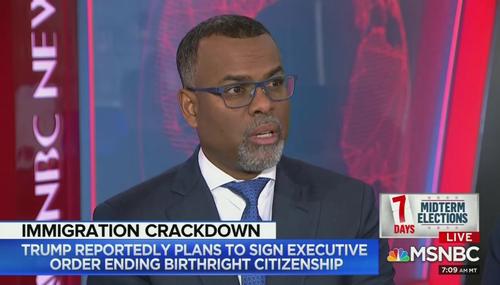 Kristine Marsh
October 30th, 2018 10:59 AM
Tuesday on MSNBC, contributor Eddie Glaude ranted that President Trump was appealing to racism and “whiteness” by talking about the migrant caravan as “invaders” this close to the midterms and feared that “white children” would learn to be racists from the President. The MSNBC panel even tied in the immigration talk to the recent violent hate crimes at a… 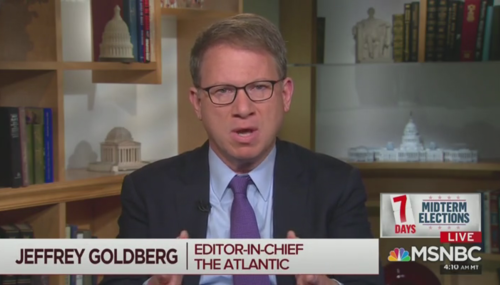 Mark Finkelstein
October 30th, 2018 7:19 AM
On Morning Joe, Jeffrey Goldberg of The Atlantic says "I note for the record that they're [Fox News] talking about leprosy. Which I think is interesting, because leprosy, of course, is the most famous disease in the Bible. And I think they are trying to actually trigger people who are Bible-readers, who are religious people." 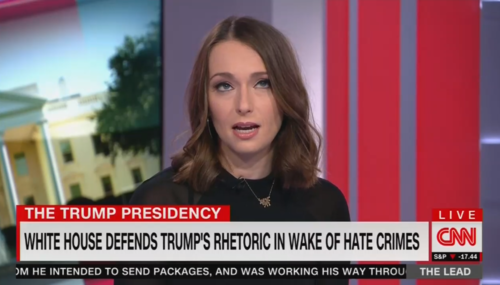 Nicholas Fondacaro
October 30th, 2018 1:02 AM
CNN host Jake Tapper has a pretty bad habit of sitting back and letting leftist guests get away with saying some really radical stuff. Earlier this year, Tapper let Parkland student Cameron Kasky attack Senator Marco Rubio (R-FL) by equating him to the kid that shot up his school. Now, during Monday’s edition of The Lead, Tapper took the same approach as GQ magazine correspondent Julia… 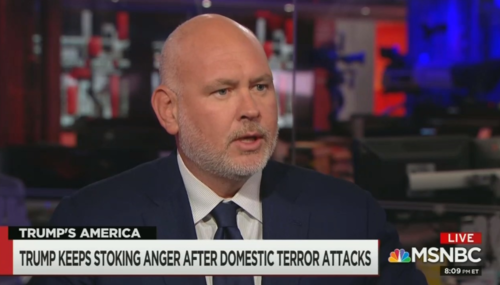 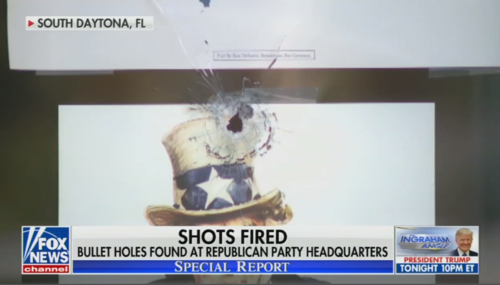 Nicholas Fondacaro
October 29th, 2018 9:36 PM
It's hypocrisy of a very dangerous variety. For a week, the liberal media have been railing against President Trump, claiming he was the one responsible for the violence and death in recent days. Yet when the Volusia County Florida Republican Party headquarters was sprayed with bullets Sunday night, none of the broadcast networks (ABC, CBS, and NBC) cared enough to mention it during… 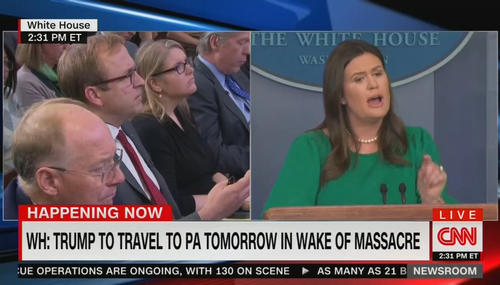 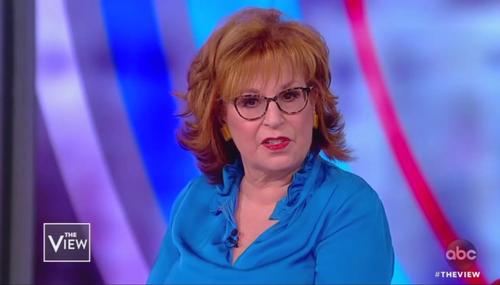 'I Jump Wherever I Damn Please!' Behar Snaps at McCain on 'View'

Kristine Marsh
October 29th, 2018 3:43 PM
Monday on The View, co-host Joy Behar snapped at her fellow co-host Meghan McCain after she was called out for changing the topic twice to make a liberal point. The second time, Behar lost it, spouting, “I jump to wherever I damn please!” as the audience loudly applauded her for standing up to her right-leaning co-host.