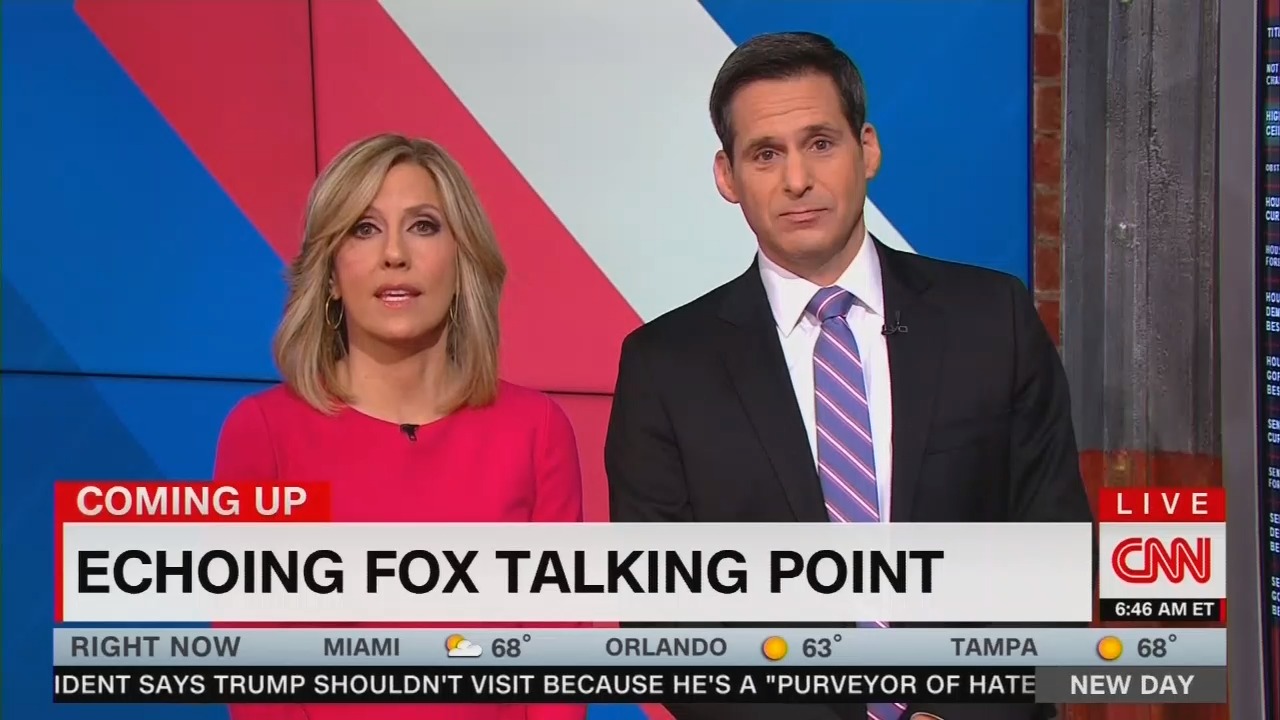 In the aftermath of Saturday’s synagogue shooting in Pittsburgh, liberal cable hosts hurried to place blame for the shooter’s actions at the feet of conservative media outlets, on the grounds that they had recklessly “radicalized” the American right.

CNN and MSNBC analysts, commentators, and hosts noted the shooter’s intimate familiarity with issues often raised by right-leaning news organizations — in particular, the encroaching Honduran migrant caravan, and the political activity of left-wing billionaire George Soros. Panel discussions on these networks were peppered with guilt-by-association-style insinuations that any news organization which had dared to cover these topics must be morally culpable for the October 27 tragedy.

Fox News was the most frequent target of this narrative. On Monday, afternoon MSNBC Live host Ali Velshi remarked: “This caravan that Fox News and the President keep talking about, this guy [the shooter] had memes of it...”

On CNN the following morning, New Day co-host (and former Fox News host) Alisyn Camerota was more direct: “So is the Fox channel to blame for any of the violence and the heated rhetoric that we have seen this past week?” Camerota’s question led into a news segment narrated by Reliable Sources host Brian Stelter, who anxiously remarked that the shooting had “coincided with a rise in hateful language from the Infowars fringe to Fox's prime time lineup.”

Others, such as CNN global affairs analyst and former Republican Max Boot, argued that guilt for the shooting spanned the entire conservative political spectrum. On Sunday night’s CNN Newsroom, Boot disingenuously claimed that those on the American right who opposed George Soros did so “basically because George Soros is a rich Jew”:

Fox News and that crowd, Breitbart, and Infowars, and the Daily Caller, and Republican Congressmen, they have been vilifying George Soros for years. And basically because George Soros is a rich Jew. And so when they talk about Soros, they're talking about a rich Jew who's in control of everything or when they talk about globalist, which is the term that Trump prefers.

Former McCain staffer Steve Schmidt (another former Republican) shared Boot’s big-tent view of culpability. During an October 29 guest appearance on MSNBC’s All In, Schmidt railed against all manner of right-leaning news organizations (including this one):

The propaganda industry that [Kellyanne Conway] commands, with the vile President that she serves, abetted by Mark Levine, and Rush Limbaugh, and Breitbart, and NewsBusters, and Judicial Watch, and all the rest of them, have blood on their hands for the incitements that they have made that have triggered and radicalized these crazy people. It is deliberate in intent.

Of course, this line of thinking would necessarily entail that any reservations one might have about the Honduran caravan, or about George Soros’s political activity, are rooted in dangerous and potentially violent antisemitism. Whether unwittingly or otherwise, the left-wing pundit class have crafted their own “enemy of the people” narrative — one which endeavors to hold purveyors of right-wing views responsible for the senseless slaughter of eleven civilians.