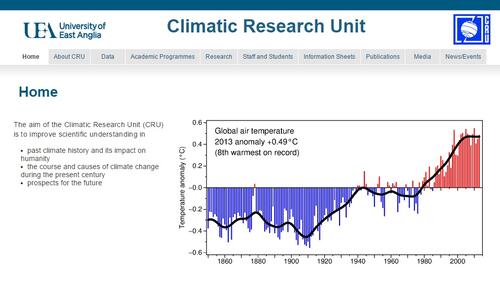 Joseph Rossell
November 17th, 2014 9:36 AM
President Barack Obama and Chinese President Xi Jinping’s deal to dramatically reduce greenhouse gas emissions in both countries couldn’t have come at a more ironic time. Their Nov. 11, announcement came just days before the fifth anniversary of ClimateGate, which cast a pall over the credibility of major climate research institutions. On Nov. 17, 2009, it was discovered… 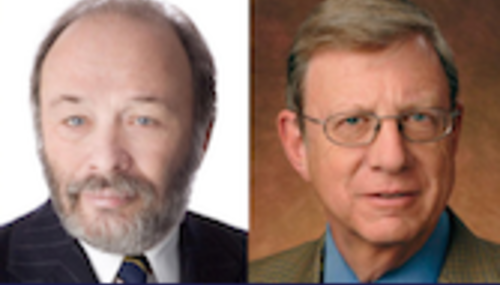 Tom Blumer
April 28th, 2014 5:38 PM
Professor Robert N. Stavins at Harvard's Kennedy School hardly seems like a major climate change/global warming boat-rocker. At his blog last year, he described climate change as "the ultimate global commons problem," where "international, if not global, cooperation is essential." Commenting on climate talks in Doha, Qatar in December 2012, he saw the role of the Harvard… 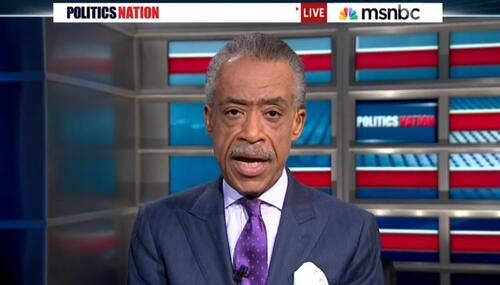 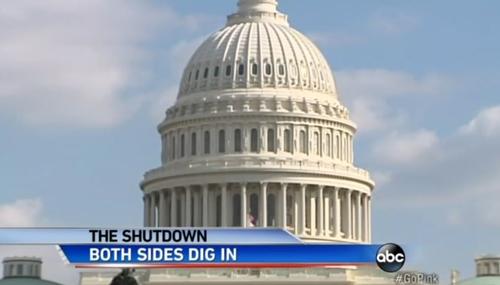 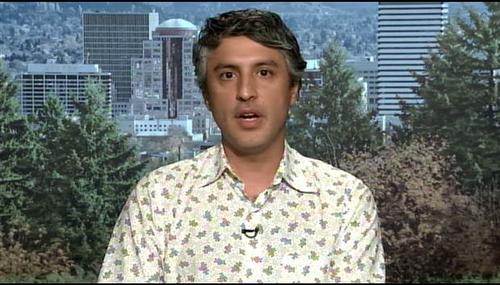 Tom Blumer
September 29th, 2013 11:44 AM
Whether the ice caps are melting and by how much may be debatable, but the debate is over as to whether former Wall Street Journal weatherman Eric Holthaus, who now works at Quartz (qz.com), has had a meltdown.In a series of tweets on Friday afternoon (scroll down at link; HT Twitchy), Holthaus told the world of his reaction to the latest wave of hot air emanating from the Intergovernmental… 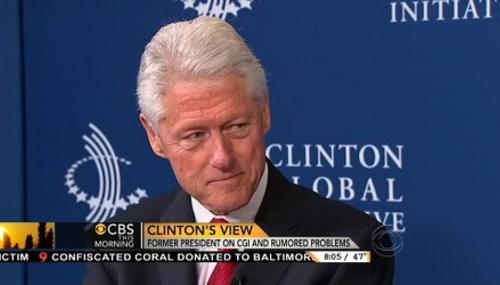 Tom Blumer
September 24th, 2013 5:01 PM
It's amusing to see how the left reacts when things don't work out as predicted. Earlier today (at NewsBusters; at BizzyBlog), I noted how USA Today's Kelly Kennedy described a major malfunction in Obamacare which will cause hundreds of thousands of children to go without health insurance next year as a "glitch." On the "climate change" front, those darned… 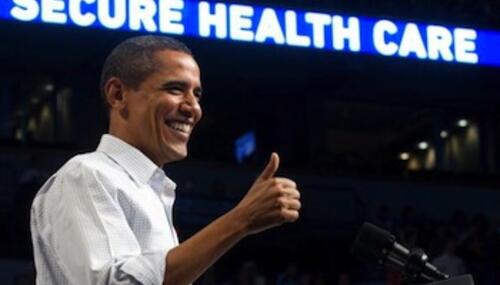 Tom Blumer
September 8th, 2013 6:19 PM
As is all too often the case, in certain matters affecting things here in the United States, if we didn't have news from Britain, we wouldn't have any real news at all. Take "climate change" aka "global warming." At the Associated Press, Seth Borenstein on Thursday hyped the idea that man-made global warming increased the likelihood of about half," or six of… 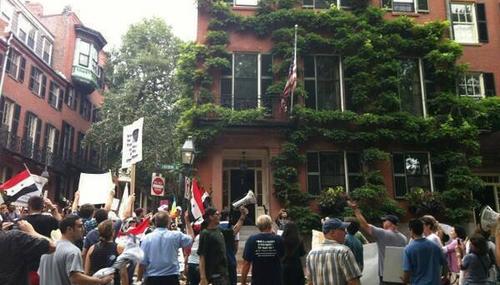 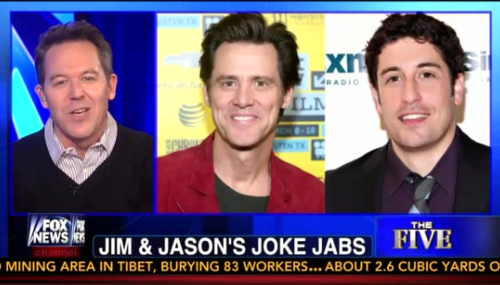 Tom Blumer
March 30th, 2013 8:29 AM
A quick review of recent dispateches from the Associated Press, aka the Administration's Press, finds four items which unskeptically take claims of "global warming" at face value -- and that's just from Thursday and Friday. Too bad for AP, and the public at large being brainwashed by the incessant repetition of what is proving to be patently false, that we're nearing the… 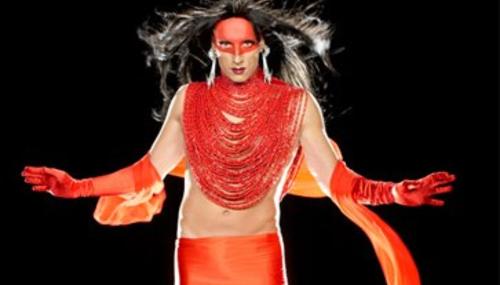 Richard Who? AP, NYT, Others Ignore MIT's Lindzen As He 'Pwns' Global

Tom Blumer
February 28th, 2012 11:19 PM
As is the case with so much that is being reported in other countries about how much of the rest of the world is walking itself back from the extreme statist agenda supposedly necessitated by "climate change," a presentation at the British House of Commons made by MIT Professor Richard Lindzen, whom James Delingpole at the UK Telegraph describes as "one of the world's… 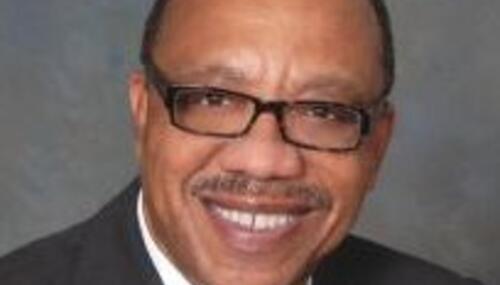 Tom Blumer
September 30th, 2011 2:31 PM
On Wednesday, the Environmental Protection Agency's Inspector General issued a report on the agency's "compliance with established policy and procedures" in connection with its "Greenhouse Gases Endangerment Finding." This was the finding that "greenhouse gas," or "GHG" emissions, including carbon dioxide, are in essence forms of air pollution,… 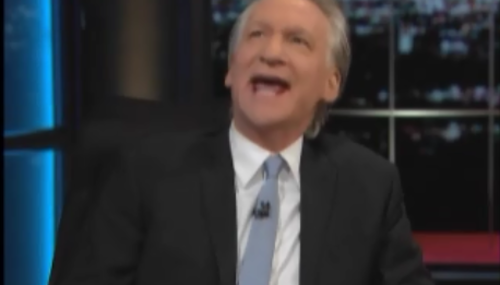 Noel Sheppard
April 16th, 2011 1:58 PM
As NewsBusters reported Tuesday, the United Nations in 2005 wrongly predicted there would be 50 million environmental refugees by the end of the previous decade as a result of global warming. Aaron Worthing noticed Friday that the 'handy map" the U.N. had created to identify places most at risk for such population migrations has been removed: 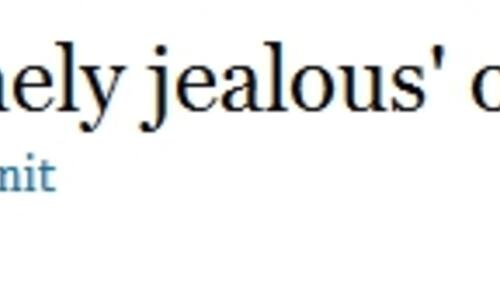 Tom Blumer
November 29th, 2010 10:18 AM
This would be really funny if it weren't for the fact that so many supposedly informed people, including our president and those who surround him, may actually buy into ideas being proposed at the United Nations-sponsored Cancun climate conference, and will relish the means by which they could be put into place. At the UK Telegraph today, environment correspondent Louise Gray feeds us the…