CBS Fawns Over Pay Czar Feinberg: He Speaks With 'Moral Authority' and Knows the Value of Human Life 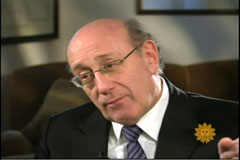 On the June 20th edition of Sunday Morning, CBS reporter Richard Schlesinger conducted a glowing interview with pay czar Kenneth Feinberg, lauding him as someone who speaks with "moral authority" and who has "become an expert assessor of the value of life itself."

Feinberg, who will now be in charge of distributing the $20 billion BP has pledged for the oil spill, previously worked with President Obama to control salaries and bonuses of Wall Street CEOs. Schlesinger could barely contain his disgust for the executives.

He scolded, "How do you avoid looking at these guys on the other side of the table and say, You're just a bunch of greedy so-and-sos?"

Managing Editor's Note: I saw this earlier today on RedState and asked the artist for permission to republish here. You can check out more of Toby Dials's work at TobyToons.com and follow him on Twitter here. 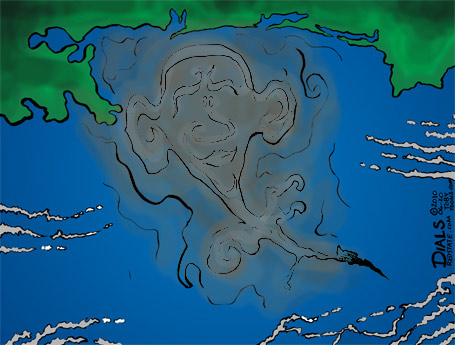 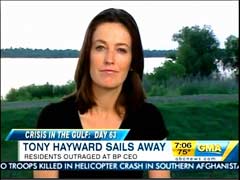 All three morning shows on Monday railed against BP CEO Tony Hayward for attending a yachting race in England on Saturday, but they found no such anger for Barack Obama's golf outing on the same day, ignoring the story. The pattern was nearly identical on Sunday, with only Good Morning America briefly mentioning the President's recreational activities.

On Monday's Early Show, Katie Couric appeared and derided, "But that image of Tony Hayward participating in that yacht race over the weekend probably hurt his image even more, as if that's possible." Good Morning America's Sharyn Alfonsi indignantly reported, "...Tony Hayward goes sailing, but residents weren't the only ones wondering what was he thinking?"

Give her high marks for candor: on today's show, Mika Brzezinski admitted that she has been "working with the White House" on oil spill talking points.  But that still leaves the issue of the journalistic propriety of someone in Brzezinski's position serving as such a blatant shill for the president.  H/t tip NB reader Ray R.

Mika could be seen reading from her notes during exchanges with former GE CEO Jack Welch, who was critical of the PBO's handling of the spill.  After repeated ribbing from Welch and Joe Scarborough over her use of White House talking points, Mika came clean . . .

A Friday report by reporters Matthew Lee and Eileen Sullivan indicates that there is a serious shortage of critical thinking skills over at the Associated Press, or a serious desire to run interference for the Obama administration no matter how ignorant doing so makes the wire service's reporters appear.

Lee and Sullivan try to excuse the State Department's inaction on the vast majority of roughly 60 specific offers of assistance from over twenty nations, many of which go back to late April and early May (detailed in a 4-page State Dept. PDF here), because almost all of the offers are being made with an expectation that the costs of such assistance will be reimbursed. By my count:

The reason Lee and Sullivan cast these offers as proof of a "double standard" is -- wait for it -- because the U.S. doesn't get reimbursed when it provides aid in natural disasters like earthquakes, and because many of the countries involved, several of which are dirt poor, receive American foreign aid.

By Noel Sheppard | June 20, 2010 9:51 PM EDT
As NewsBusters previously reported, America's media on Saturday had a collective hissy fit over BP CEO Tony Hayward having the nerve to participate in a yacht race on his day off.

At the same time, no such outrage was expressed concerning President Obama and Vice President Biden going golfing.

This double standard continued Sunday as the three broadcast network political talk shows all began with Hayward's yacht outing while ignoring the President's R&R on the links.

What follows are videos and transcripts of the opening segments of ABC's "This Week," CBS's "Face the Nation," and NBC's "Meet the Press":

Cynthia Tucker: Americans Are The Enemy Due To Oil 'Addiction' 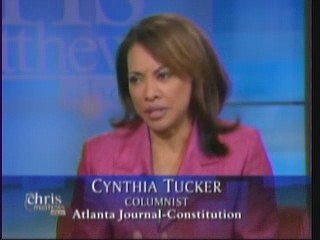 Pulitzer Prize-winning columnist Cynthia Tucker believes Americans are the enemy of the nation moving in a new energy direction because of what she called our addiction to oil.

As the discussion on this weekend's "The Chris Matthews Show" moved to why President Obama hasn't attacked energy policy much like Eisenhower did the space program, Tucker said, "One of the differences between the '50's when Sputnik was launched and now, that was a battle against Communism."

She continued, "It's always much easier to rally Americans against an external threat, an external enemy."

And sadly continued, "In this case, the enemy is us. Americans are addicted to petroleum. We use way too much oil" (video follows with transcript and commentary):

NYT Defends Obama From Critics: Nobody Listens To Pundits Anymore 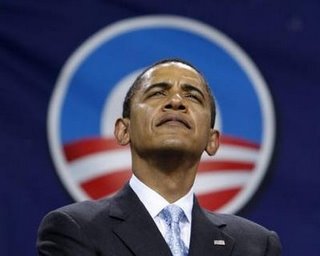 The question was precipitated by the President's abysmal performance in his Tuesday Gulf Coast oil spill address and, in particular, how media members on both sides of the aisle gave him pretty poor grades.

Finding this obviously inconvenient, Nagourney set out to defend Obama from his critics by surprisingly making the case that nobody cares what pundits say anymore:

In the Best of Hands (Not): Even AP's Borenstein Sees Problems With Obama's Oil Spill Commission

The presidential commission tasked with investigating the BP oil spill is so short on technical expertise and packed with left-leaning politicians and knee-jerk environmentalists that even the Associated Press's resident ClimateGate apologist Seth Borenstein is concerned.

On December 12, 2009, over two weeks after the ClimateGate e-mails first appeared, Borenstein wrote that "the exchanges don't undercut the vast body of evidence showing the world is warming because of man-made greenhouse gas emissions." What part of Kevin Trenberth's famous October 12, 2009 assertion that "The fact is that we can’t account for the lack of warming at the moment and it is a travesty that we can’t" did Seth not understand?

Nonetheless, non-skeptical Seth is somewhat taken aback at the lack of expertise in the spill commission's membership:

The panel appointed by President Barack Obama to investigate the Gulf of Mexico oil spill is short on technical expertise but long on talking publicly about "America's addiction to oil." One member has blogged about it regularly.

Evening OT: If Bush Was Handling Oil Spill Like Obama He'd Be Impeached

Former New York City mayor Rudy Giuliani on MSNBC's "Morning Joe" Thursday: "If Bush were the President, and handled [the Gulf Coast oil spill] this way, there'd be like a movement to throw him out of office and replace him with somebody."

Saturday demonstrated a staggering disparity in how media view those involved in the Gulf Coast oil spill cleanup.

While news outlets heaped scorn upon beleaguered BP CEO Tony Hayward for attending a yacht race in England Saturday, there was no such anger shown towards President Obama and Vice President Biden for going golfing.

In fact, as this Reuters piece illustrated, despite what our Commander-in-Chief was doing, it was perfectly acceptable for his administration to criticize Hayward's recreational exploits on his day off (h/t Hot Air headlines):

MSNBC.com Highlights N.Y. Times Story: BP Spill Is Not Yet 'Granddaddy of All Gushers'

The top headline on MSNBC.com on Saturday morning declared "The granddaddy of all gushers? Not this spill." They touted a New York Times story:

President Obama called the leak in the Gulf of Mexico "the worst environmental disaster America has ever faced." But scholars are debating that description.

It's a good idea for reporters to question politicians' bluster about history. But it certainly sounds to Obama critics like an "It's not so bad quite yet" spin. The Times story goes off the spill question and into other disasters. It's certainly true that the Johnstown flood (with 2,200 deaths) trumps an oil spill in its human toll. Reporter Justin Gillis grew more conceptual: