The left's "screw up, move up" principle for career advancement appears to be at play again. Of course, the press is playing up the move-up, and ignoring the screw-ups.

Baltimore Mayor Stephanie Rawlings-Blake, whose statements and strategies inarguably led to more property destruction and civil disorder than would have occurred if someone more responsible had been in charge during that city's April riots, has been named the next national president of the U.S. Conference of Mayors. This means that the person who on the first night of rioting in that city publicly admitted that she "gave those who wished to destroy space to do that," and who a couple of nights later, according to a Maryland county sheriff, "gave an order for police to stand down as riots broke out," will now presume to speak for the Democrat-dominated group.

Rawlings-Blake is apparently so confident that she will not get called out by the press or anyone else for her failure to protect her residents' property and businesses that she's using her new visibility to inject herself into the 2016 presidential campaign. Beginning in September, she intends to demand that candidates sign a to-be-developed document she's calling "the Baltimore Compact."

There are no specifics yet, but she is saying things about it and her situation in Baltimore she wouldn't dare if the Baltimore Sun or others in the establishment press were making any effort to hold her accountable for extent of the April riots' damage.

Rawlings-Blake to call for America's mayors to create 'Baltimore Compact' 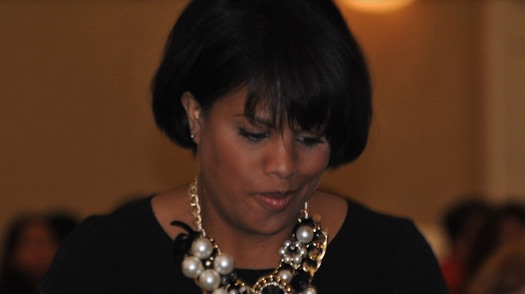 In her inaugural address as the new president of the U.S. Conference of Mayors, Stephanie Rawlings-Blake on Monday plans to discuss the Freddie Gray case and the subsequent unrest in Baltimore.

Rawlings-Blake said she will call on mayors across the country to develop a bi-partisan agenda at a September meeting in Baltimore to address systemic issues, including poverty, that were highlighted by April's unrest. She said the agenda will be called the “Baltimore Compact,” and the mayor’s group will press both Republican and Democratic presidential candidates to agree to it.

“I’ve heard from so many mayors who are struggling with the same underlying issues that we’re facing,” Rawlings-Blake said. “The issues of unemployment and poverty. Even with the reforms we put in place, the unrest still happened in Baltimore. They know it could happen anywhere. We’re having conversations about what else can we do as mayors to confront these underlying issues. It has to be a national conversation.”

Don't you just love it? The unrest "stil happened," like a strong snowstorm of something.

No it didn't. Rawlings-Blake let it happen.

Rawlings-Blake will be sworn in Monday as the first African-American woman to hold the influential leadership position. She's also the first Baltimorean to hold the post as "America's Mayor."

Ms. "Space to Destroy" and "Stand Down" as America's mayor?

As Instapundit's Glenn Reynolds so often sarcastically writes: "The country is in the best of hands."

This wouldn't be happening if the press had reported what Rawlings-Blake said and did (and didn't do) during the riots, or if she had the least bit of concern that they might bring up those things now. But they didn't, and now she doesn't.