WashPost Gay Advice: The Christian Right Needs to Surrender, Like the Confederates 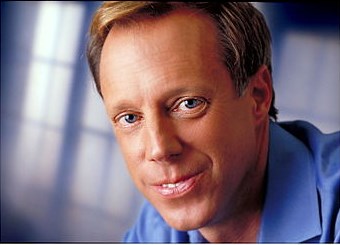 The original conceit was that this gay Mr. Manners was going to explain to the readers how to negotiate the Brave New World of mangled pronouns and how to address gay newlyweds on your Christmas cards and so on. Instead, Petrow often just pounds the table complaining about the slow pace of the “revolution.” On Saturday, he wrote a trash-talking column about “The Supreme Court’s Sore Losers.”

The subheadline was “Roberts, Scalia abandon decorum and lash out.” The dissents were somewhat fierce. But we all should know Petrow favors Dan "Google Santorum" Savage, so he’s just upset about the conservatism. He began with the Post’s ultimate American super-villain, Richard Nixon, and how he lost to JFK in 1960:

In 1962....he told Life magazine: “You must never be satisfied with losing. You must get angry, terribly angry, about losing.” So far, that was the Nixon we knew, not yet our president or a Watergate criminal but famously rageful. He continued on, however, with uncharacteristic generosity and civility: “But the mark of the good loser is that he takes his anger out on himself and on not his victorious opponents or on his teammates.”

I couldn’t help but think of Nixon’s words when I read the vehement — even venomous — dissent to Friday’s Supreme Court ruling on same-sex marriage.

Petrow found it rude for Justice Scalia to suggest the majority’s opinion was “incoherent” and  “lacking even a thin veneer of law.”

How many times have I dispensed advice about the art of civil disagreement, especially to young people who need role models: Don’t make it personal. Avoid put-downs. And, above all, stay calm.

He also lectured Justice Roberts for suggesting this wasn’t constitutional, since anything that favors Petrow’s side must be constitutional:

This bears repeating: “Do not celebrate the Constitution. It had nothing to do with it.” When a sore loser loses a game, he calls foul on the game itself.

Petrow and the Post no doubt found it amusing to compare Scalia and Roberts unfavorably to Dick Nixon. The headline inside Style was “A lesson on gracious losing from ....Nixon?” Then Petrow compared the Justice unfavorably to the losing side of the Civil War over slavery.

Roberts and Scalia are sore losers. Just ask Nixon or Trump. Or the Confederate Gen. Robert E. Lee, commenting on the South’s defeat in the Civil War:

“We have fought this fight as long and as well as we know how. We have been defeated. For us as a Christian people, there is now but one course to pursue. We must accept the situation.”

Don’t miss that sneer: a Christian people must accept the gay agenda. Because that’s how the Post defines “civility.” It apparently means “unanimity.”