NPR Reporter: 'Pugilistic, Mean-Spirited' Fox News May Be Watered Down by Murdoch Sons

When it came to assessing Rupert Murdoch’s decision to cede more control of his empire to his sons James and Lachlan, PBS and NPR turned to David Folkenflik, who as NPR’s media reporter is a Murdoch obsessive and author of the book Murdoch’s World: The Last of the Old Media Empires.

On Thursday’s PBS NewsHour, Folkenflik surely pleased liberals by floating the idea that eventually Fox News would move to the center and be “a little more measured” in its point of view once Rupert and Roger Ailes fade from the scene. 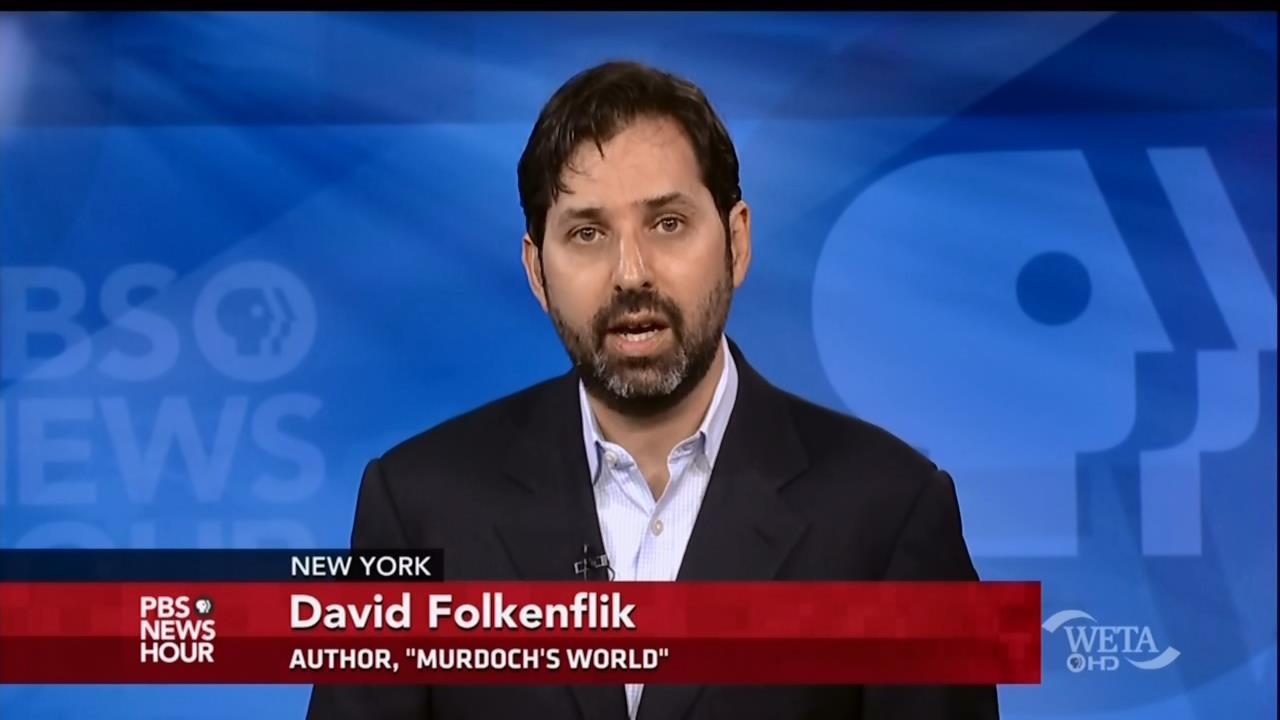 James Murdoch was said to be significantly involved in the decision by 21st Century Fox to invest a decent chunk of change in VICE, the multi-platform, multi-outlet entity that it’s own kind of pirate, renegade media outfit run by Shane Smith in Brooklyn here in New York. [Renegade? Or Obama-Kool-aid?] And that’s not something you would have thought of Fox News as investing in kind of outfit.

There has been a significant distrust and ill will between the Murdoch sons and Roger Ailes, of course, the chairman and CEO and guiding creative spirit at Fox News. I don’t think you are going to see Ailes sidelined immediately. But he is in his mid-70s. He’s not in particularly good health. And the actuarial tables favors the boys.

The question is, how can they shift it to be a little bit more measured, a little bit more like Sky News in the U.K., Australia, and elsewhere that is lively, peppy, sometimes strong voices on the air, but not itself taking a strong point of view, in the way that Fox seems to by its selection of stories and guests. So, those are some real significant indications of where things could go.

When PBS anchor Judy Woodruff asked for the legacy of Rupert, Folkenflik suggested he was creative – but he was also “destructive,” with his media properties projecting a “pugilistic, often mean-spirited character.”

I would say that Rupert Murdoch has shown innovation by circumvention, going around conventional wisdom, sometimes going around regulations and laws, refusing many times to take no for an answer, being a creative force in many ways, a fourth network in Fox, Fox News as a challenge and reinvention of what we think of as cable news, and the tabloid spirit, of course, animating so much of what he does, but, as well as being creative, very much a destructive one too, a pugilistic, often mean-spirited character that would flare up on his front pages here in the U.S. sometimes, in the opinion voices on Fox News in particular.

He was, in summation, “a more crusading, not always particularly fair figure.” Unlike NPR and PBS?

This isn't new for Folkenflik. When his Murdoch book came out, he proclaimed on NPR that "there's a cruelty to his journalism. There is a desire to be punitive at times to people who are critics or people who are political opponents."

They always forget about NPR's cruel moments, like savaging Blessed Mother Teresa when she died. When I suggested this to Folkenflik on Twitter back then, he answered “Surely you jest.”