Last July, we reported that NPR talk-show host Diane Rehm helped her husband John commit suicide by choosing not to eat or drink, then agitated for “right to die” laws in an NBC News story, where she suggested we euthanize “little animals,” so why not our family members?

Rehm’s crusade made the front page of Sunday’s Washington Post, under the headline “Rehm’s topic: Death with self-determination.” Online it was “NPR host Diane Rehm emerges as a key force in the right-to-die debate.” The words “assisted suicide” were missing on purpose. As the Post explained:

Public opinion on the issue depends on how it is described, according to Gallup, which has found strong support for doctors helping patients end their lives “by some painless means,” but a far slimmer majority in favor “assisting the patient to commit suicide.” Not surprisingly, groups such as Compassion & Choices studiously avoid using the word suicide.

Rehm is now becoming a fundraiser for “Compassion & Choices,” formerly known as the Hemlock Society.

Now 78 and pondering how to manage her own death, Rehm is working with Compassion & Choices, an end-of-life organization run by Barbara Coombs Lee, a key figure in Oregon’s passage of an assisted-suicide law and a previous guest on the show. Rehm will appear on the cover of the group’s magazine this month, and she is telling John’s story at a series of small fundraising dinners with wealthy donors financing the right-to-die campaign.

If asked, she said she would testify before Congress.

How many hosts on taxpayer-funded talk shows will be testifying on a hot-button issue like euthanasia before Congress? How can anyone expect her to offer fairness when this issue comes to her own program? No one can imagine an NPR star testifying against abortion or against assisted suicide. They're far too "progressive" for that.

Rehm told the Post she knows that as a journalist, she must be careful. “As strongly as I feel, I don’t want to use the program to proselytize my feelings,” she said. “But I do want to have more and more discussion about it because I feel it’s so important.”

The Post story by Michael Rosenwald was dominated by Rehm and her viewpoint, with just a couple of paragraphs of opposition:

In Massachusetts and other states where legislation has failed, proponents faced well organized public campaigns from the Catholic church, whose American bishops call suicide a “grave offense against love of self, one that also breaks the bonds of love and solidarity with family, friends, and God.”

Pushback from the American Medical Association has been equally fierce, with the organization saying that “physician-assisted suicide is fundamentally incompatible with the physician’s role as healer, would be difficult or impossible to control, and would pose serious societal risks.”

Both sides of the debate see Rehm’s entry into the debate as an important development.

“She brings gravitas, she brings her experience and she brings a level of reason and sanity to this discussion that is severely lacking when you look at the opponents of death with dignity,” said Howard Ball, a University of Vermont political scientist and author of “At Liberty to Die: The Battle for Death with Dignity in America.”

Ira Byock, a palliative care physician and vehement opponent of assisted death, has argued against the movement on Rehm’s show. Though he credits her for having him on, he said her story and influence distracts from the conversation the country should be having about improving end-of-life care.

“It sucks all of the oxygen out of the room,” he said.

Notice how "vehement" and "fierce" are reserved for opponents of assisted suicide? Apparently, the NPR host can't be described by these adjectives. Of course both sides see her "entry into the debate" as significant: she has an estimated 2.6 million listeners on taxpayer-funded radio stations across America. 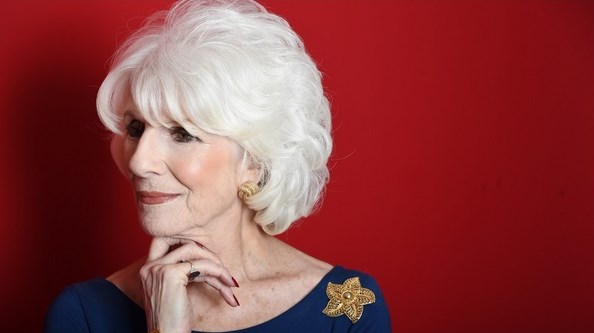 Rehm is mad her husband died when she was not present. It was not then just his right to die, but her preference that he die exactly when she wanted it.

She spent the night with him, and in the morning she went home for a quick shower. Then she received a call — come fast, he’s slipping away. She missed his death by 20 minutes. She is still angry about that. If he could have planned his death, she and his family would have been there.

“That’s all I keep thinking about,” she said. “Why can’t we make this more peaceful and humane?”

In “a long interview in her office,” Rehm asserted “I feel the way that John had to die was just totally inexcusable...It was not right.” She also said “Kevorkian was before his time...He was too early. The country wasn’t ready.”

Unsurprisingly, Rehm also thinks God is perfectly all right with her viewpoint:

Like his wife, John was Episcopalian, a church that has passed a resolution against assisted suicide and active euthanasia. She didn’t think God minded very much.

“I believe,” she said, “there is total acceptance in heaven for John’s decision to leave behind this earthly life.”

The Post didn't find space for the viewpoint that Compassion & Choices isn't just for suicide for the terminally ill. They favor suicide for anyone, cheering a broad "right to die" ruling in Canada. Wesley J. Smith calls them "mendacious suicide pushers." That's who Diane Rehm is supporting now.