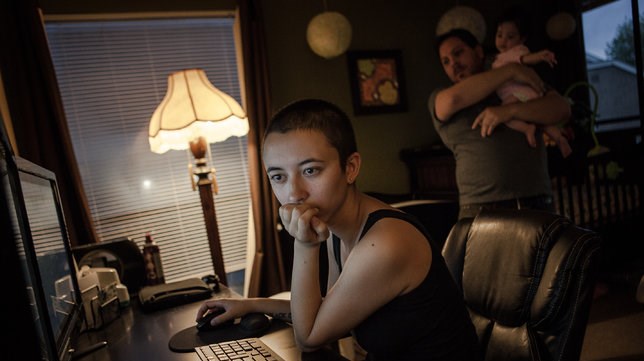 For The New York Times, Black Friday’s just another great day to promote “abortion entrepreneurs” like 20-year-old Lenzi Sheible, who helps troubled women get around Texas abortion laws by paying for hotels and transportation bills to other abortion clinics. The headline was “Activists Help Pay for Patients’ Travel to Shrinking Number of Abortion Clinics.”

For the liberal media, abortion is a precious procedure which must always be provided with maximum convenience (for the baby-expelling “mother”). Texas has become an “abortion clinic desert” that desperately needs more "choice." Reporter Jackie Calmes lamented the increasing difficulties:

Like an entrepreneur meeting a new market demand, Ms. Sheible, among others, has stepped up as women are finding it increasingly difficult to get abortions across large areas of the United States. In just over three years, according to the Guttmacher Institute, states have passed 231 laws restricting abortion, more than any time in the four decades since the Supreme Court established a constitutional right to abortion in Roe v. Wade.

Although longtime groups like Planned Parenthood remain active, and other organizations subsidize poor women’s costs for abortion procedures, Ms. Sheible is filling what she calls a new need in Texas for help with lodging and transportation — bus or plane tickets, gas money, taxi fare.

“The entire western half of Texas is an abortion clinic desert,” Ms. Sheible wrote on the website of the nonprofit organization, Fund Texas Choice, that she started 15 months ago.

The only pro-life viewpoint Calmes quoted came in a form the Times clearly felt was hyperbolic hate speech:

Ms. Sheible, now pregnant with her second child, quickly drew the attention of the anti-abortion movement in the state. Texas Right to Life published an article in April that compared her fund “to trains that brought Jews to Auschwitz.” She occasionally gets voice mail messages like one last month: “You’re really not about helping women; you’re about killing children.”

That pro-life group aptly noted their organizing efforts aren't noticed by the pro-abortion media. The Times may have picked up this story line from the liberal Texas Tribune, with which it had a partnership (until recently). But the Tribune story in March allowed more pro-life argument, like questioning the funding of abortion for teenagers:

"We are troubled that this organization may be encouraging doctors to perform abortions on minors without parental consent, which would be in violation Texas’ long-standing parental consent law,” the group's executive director, Joe Pojman, said in a written statement.

Fund Texas Women provides funding for minors seeking abortions and often works with parents who call the hotline seeking financial assistance for travel for their daughters. But Sheible said her organization always speaks to the young women directly to make sure it’s what they want.

By contrast, the Times concentrates its energy at describing the anti-abortion horrors of Republican rule and casting Sheible as a pregnant cool kid with five tattoos and a compassionate streak:

“Lenzi is one of the most brilliant kids I’ve ever taught,” said Erik Ostergren, her dean at Westside High School. “We’d always say, ‘Lenzi could go in one of two directions: She could do something amazing and be fantastic, or really go off the rails.’ ”

In summer 2013, Ms. Sheible, then pregnant with her first child, Cora, started her fund immediately after Texas enacted some of the toughest abortion restrictions in the nation. The laws, both in Texas and in other Republican-dominated states, commonly impose at least a 24-hour wait between a woman’s first clinic visit and an abortion, forcing many out-of-towners to book hotels. They require abortion providers to have admitting privileges at nearby hospitals, and mandate that clinics meet the same costly equipment, building and staffing standards as an ambulatory surgical center. Clinics that cannot comply must close.

Calmes barely mentions Lenzi's husband Warren Sheible, besides noting he's on the board of her group. It clashes with this biographical info on the blog RH Reality Check: "Lenzi Sheible is a young, queer, poor mother of color who has experienced and sometimes experiences disabilities."

The Times also avoided Sheible's liberal-on-liberal battle with a "Stop Patriarchy" group that she felt was ruining the face of the "reproductive justice movement." That's because the Times is also trying to paint the best face on abortion funders.