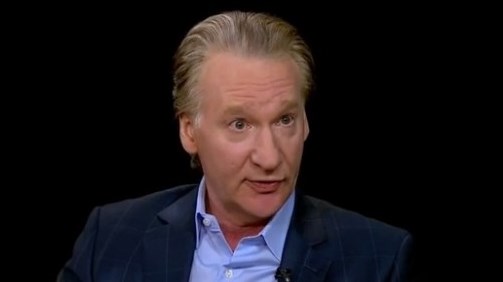 HBO “Real Time” host Bill Maher is hopping mad at Clay Aiken for distancing himself from Barack Obama in a New York Times interview (as we reported). Aiken’s Republican opponent, Rep. Renee Ellmers, had been a finalist in Maher’s conservative-bashing “Flip A District” contest.

The Times has an “insider” feature called “Reading the Times With,” and they asked Maher about “what story incited the most fury” in the Sunday edition:

Clay Aiken unable to make himself say anything positive about Obama, and saying he didn’t want Obama to come campaign for him. Really, Clay? You’re going to lose. How much worse could it be if the president of the United States came to campaign for you?

This is what’s so frustrating about the Democrats: always trying to get votes that are never there, while not exciting their own base. Obama gave people health care, not herpes. Own it. You’re gay in North Carolina. I think the redneck vote has sailed. This could wind up as the beginning of a show-ending monologue on “Real Time.”

PS: Maher also buttered up the Times by showing enthusiasm for its liberal columnists.

What’s your favorite part of the Sunday paper?

Sunday is always great because of MoDo and TF (Maureen Dowd and Thomas Friedman) — they never disappoint, and today was no exception. And the puzzle. Truth be told, if a gust of wind came up in my backyard, and I had to save one thing from the paper: the puzzle.