Rising conservative star to Sen. Josh Hawley (R-Missouri) scorched social media as a waste of time as well as an “addictive drug.”

Hawley blasted social media as a blight on American society in a May 22 opinion piece for USA Today. He accused Big Tech companies of creating a business model based on addiction, saying that they develop “new schemes to hijack their users’ neural circuitry.”

He hammered the point that “this is a digital drug. And the addiction is the point. Addiction is what [Facebook CEO] Mark Zuckerberg is selling.”

The senator has made a name for himself as a member of the Judiciary Committee's Subcommittee on Antitrust, Competition Policy and Consumer Rights, but truly caught the American spotlight by grilling American tech companies on privacy and bias concerns. 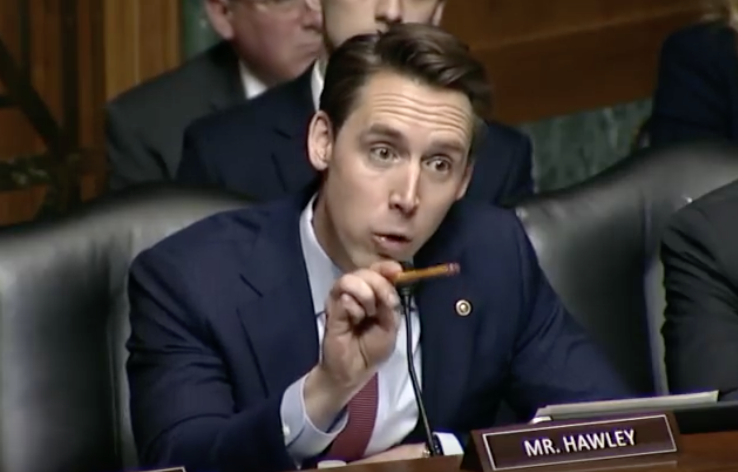 Hawley opened his piece by stating that Americans are realizing that social media, like everything else, comes with a price: their privacy. “Social media consumers are getting wise to the joke that when the product is free, they’re the ones being sold.” He roasted Washington DC elites for shrinking from “confronting our social media giants,” despite what he calls “the growing threat of consumer exploitation.”

He drove home his point that “advertising” is “what the social giants truly care about.” Hawley explained that these platforms “extract massive amounts of personal data without telling consumers, then sell that data without consumers’ permission.”

He mused that “maybe social media’s innovations do our country more harm than good.” He wondered if it may be better understood as a “parasite” on “productive investment, on meaningful relationships, on a healthy society.”

Suicide was one of the threats he discussed, suggesting that social media may be boosting suicide attempts, particularly for teenage girls. “The Journal of Pediatrics recently noted a surge in attempted suicide: more than double the attempts over the last decade for those under 19, with a tripling among girls and young women 10 to 24.”  Hawley couched this by saying that while “the study’s authors can’t prove social media is to blame,” he says they “strongly suspect it plays a critical role.”

He made his intentions clear that this will not stand, by saying “Congress has a duty to investigate that potential link further.”

Hawley has made a name for himself as a crusader against Big Tech corruption.

He cut down Google’s senior privacy counsel Will DeVries over user privacy related concerns in a mid-March hearing. DeVries defended his employer saying that without tracking technology, many of their services would not be able to function.  Hawley condemned this appeal when he responded by saying “I think when somebody turns off their user information, their location history, they expect their location tracking to be off, but it is not.”

Hawley has also blasted Google for being far more willing to work with the Chinese government than with the U.S.

His hawkish approach to social media in high profile hearings has made him popular with the right  on tech policy. He has called for a specifically third-party audit of Twitter for political bias in an open letter to Twitter CEO Jack Dorsey.