Hawley Hammers Big Tech: ‘Americans Have Not Signed Up For This’

Hawley sparred with Google’s senior privacy counsel Will DeVries over user privacy concerns. Hawley condemned the company, asking if they imagine a user would be surprised if he found that Google was “tracking his location” even when location services are deactivated. 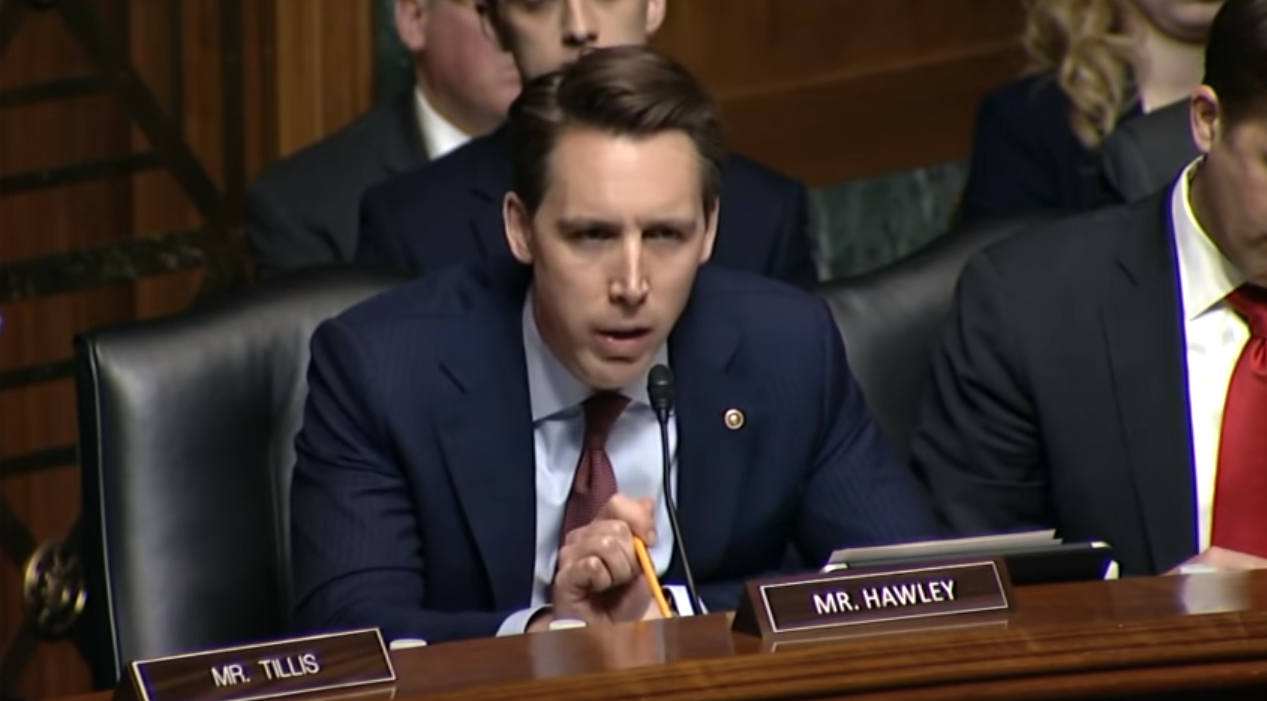 DeVries’ defense was that that big tech supposedly needs to collect information on users  even when they try to opt out of being tracked. Hawley scoffed at the defense, saying that users would not consent to such an invasive system. He compared it to the iconic lyrics from “Hotel California,” quipping “It’s like that old Eagles song, ‘You can check out any time you want, but you can never leave.”

He drilled his point home by proclaiming “the idea that your company and others like it are sweeping up information to build a user profile on them that will track every step every move and monetizing that, and they cant do anything about it — that’s a big problem.”

Hawley expressed concern over the “implicit bargain” which consumers are expected to agree with, in order to receive services which are portrayed as “free” but deeply invade (and supposedly “monetize”) their privacy. Here’s more of that grilling:

HAWLEY: “Google collects geolocation history and information even if location history is turned off. Do you think that an average consumer, let’s say a teenager with an android phone would be surprised to learn that Google is tracking his location even when location services are turned off, by scanning wifi networks around him throughout the day, you think he’d be surprised by that?

DEVRIES: “Senator I know that this data is used to provide value back to the user to make their phone work.”

DeVries’ defense was that the technologies and services being discussed would not be possible without comprehensive tracking of user locations.

Hawley was not impressed: “I think when somebody turns off their user information, their location history, they expect their location tracking to be off, but it is not,” he then added “In fact, they don’t have a way, apparently, to turn it off.”

He underscored that “Americans have not signed up for this,” claiming that these circumstances were “like that old Eagles song” referring to the line from Hotel California saying “‘You can check out any time you want, but you can never leave.’”

He closed his time by driving home his main concerns as a father, “for somebody who has two small kids at home, the idea that your company and others like it are sweeping up information to build a user profile on them that will track every step every move and monetizing that, and they cant do anything about it — that’s a big problem.”

On March 12, he tweeted footage from the hearing with the caption “Memo to Google: Just be HONEST about what you’re actually doing. You’re tracking consumers’ every move, every search, every click & turning that info into $$ for you.”