Senator Hawley: Why is Google Helping China, Spurning the US? 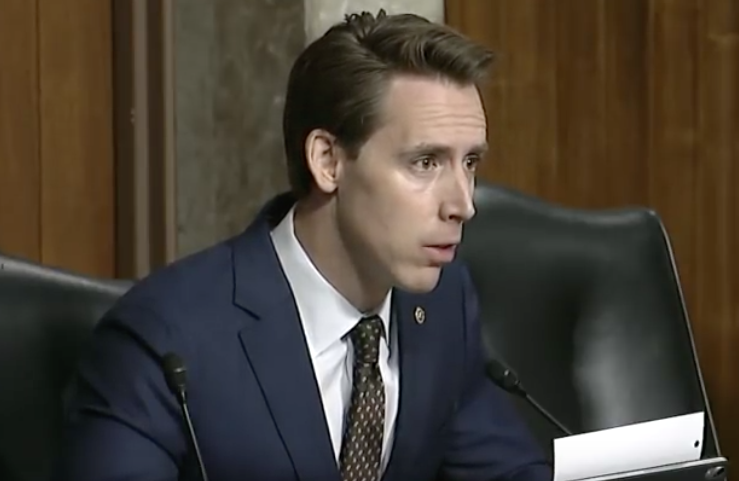 Republican Senator Josh Hawley of Missouri and his allies are putting Big Tech companies on notice for collaborating with a foreign power.

Hawley’s own website features video and transcript of his exchange with Chairman of the Joint Chiefs of Staff, General Joseph Dunford over the troubling collaboration between American tech companies and foreign countries.

“Google, an American company based in this country, again supposedly an American company, is doing work in China that directly or indirectly benefits the Chinese government at a time of increased peer competition with this country,” he observed. He stressed that China’s rise to power is nothing to take lightly, “whether or not they are going to become a regional and maybe global hegemon with values very different from ours, certainly values that do not favor freedom in the world.”

He specifically hammered Google for the fact it has a problematic record of cooperating with American government while seeming happy to collaborate with an authoritarian foreign regime “we have an American company that does not want to do work with our defense department, which is one thing, but they’re happy to help the Chinese, at least the Chinese government that is, the Chinese military at least indirectly. I think that’s just extraordinary.”

The President recently met with Google CEO Sundar Pichai, who at least provided verbal homage to America. Trump tweeted that the president of Google is “doing quite well” and “stated strongly that he is totally committed to the U.S. Military, not the Chinese Military....” President Trump also claimed they “discussed political fairness and various things that @Google can do for our Country. Meeting ended very well!”

Hawley seems unconvinced of Google’s sincerity, demanding via letter that action needs to back up these protestations by stating them on legally recognized record.

Yahoo Finance reported that he asked “Why have they been prioritizing work and investments in China that we know at least indirectly benefit the Chinese regime and the Chinese military? Why has he been prioritizing those over working with our own Department of Defense? I mean, I'd like some answers. I think the American people deserve some answers, so let's have him. He should make the statements publicly,”

A Google spokesperson responded with a statement claiming: “We were pleased to have productive conversations with the president about investing in the future of the American workforce, the growth of emerging technologies and our ongoing commitment to working with the U.S. government.”