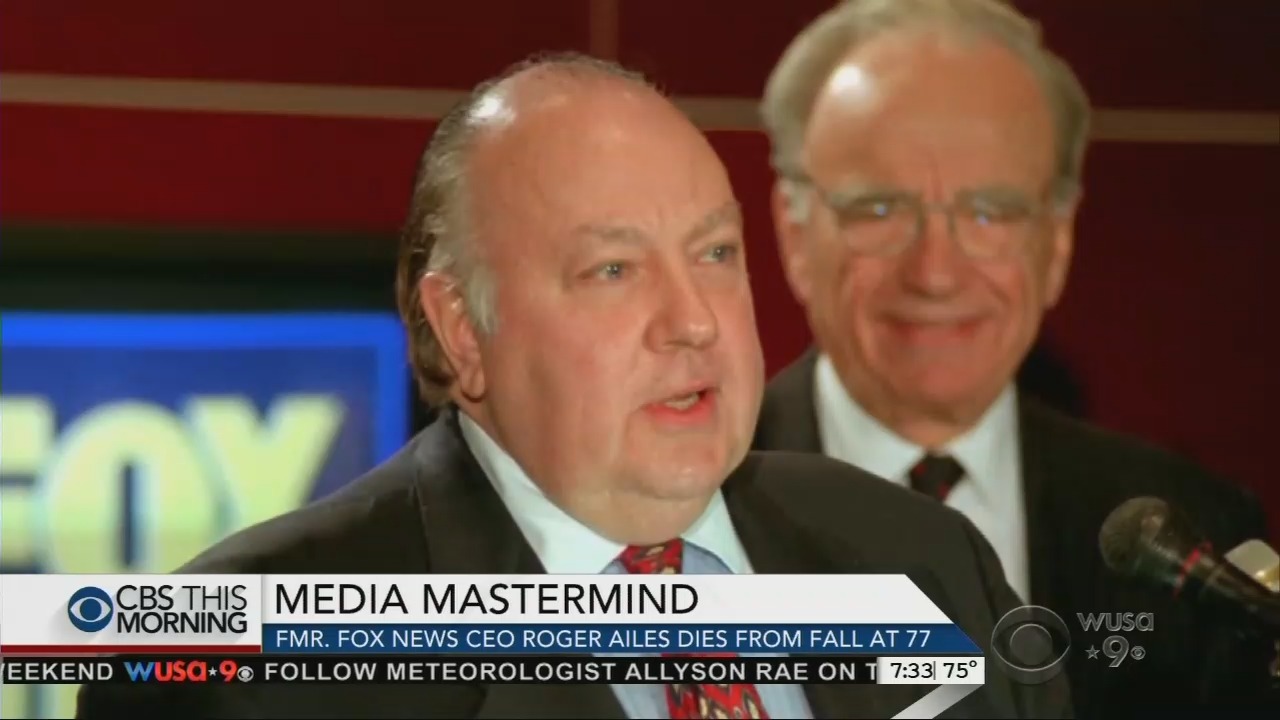 A 77-year-old man died the other day, and, according to The Nation’s Joan Walsh, it should have been a major learning moment for the Republican Party. In a Thursday piece about the career and legacy of former Fox News Channel boss Roger Ailes, Walsh mused that the passing of the GOP’s “intellectual patron” might “serve as a warning to the party” that “anger, arrogance and seething resentment of a rapidly changing country can be fatal.”

Walsh called Ailes “the most darkly influential man in American politics over the last 50 years” but argued that his successes were coming back to bite him: “The Republican Party Ailes helped build, as an advisor to GOP presidents from Richard Nixon to Donald Trump, and most importantly at alternative-reality network Fox News, is now paying for its reliance on the white cultural backlash Ailes stoked, which led the party to hitch its wagon to the narcissistic rageaholic now Tweeting incoherently in the White House.”

Much of Walsh’s story discusses her one encounter with Ailes, which took place early in her time at the lefty Web magazine Salon, where she worked from 1998 to 2015. It was “an off-the-record meeting where Salon’s editor-in-chief and CEO were pitching a Salon-branded show to Fox.” But now it's somehow okay for Walsh to talk about? As for the ethics of writing for publication about an off-the-record event, Walsh lamely asserts that “with Ailes’s death, our promise to keep the meeting off the record passes, too,” though many believe that such promises, like diamonds, are forever.

Walsh acknowledges that the idea of a Salon program on FNC was “crazy,” given that Ailes had “created a world where women were blonde and wore short tight skirts, men were in charge, and articulate, principled, complicated liberals -- especially women -- didn’t exist.” She relates that Ailes “ended our meeting saying he was tired, complaining/boasting about not getting enough sleep lately, because his third wife Elizabeth had just given him his first child, Zachary. At the time, he was ‘only’ 60, but he looked older.” Walsh adds that “it was a little creepy to think [Ailes] had an infant son,” since, besides his advanced age, he was “obese and arthritic.”

It’s become a cliché that after the end of a long marriage…the surviving spouse often dies…I don’t know much about Ailes’s inner life, but it seems obvious that once he lost the love of his life -- his powerful perch at Fox News, where the world revolved around him -- he passed away quickly. But the Fox he left behind hasn’t yet learned the right lessons. All this week, as the Trump administration fell apart, the network’s attention has been elsewhere. On Wednesday Tucker Carlson’s show was spotted sitting shiva for the cancellation of a Tim Allen show I’d never heard of. Ailes is gone, but Fox is still protecting its viewers from tough truths. This is unlikely to end well for anybody.