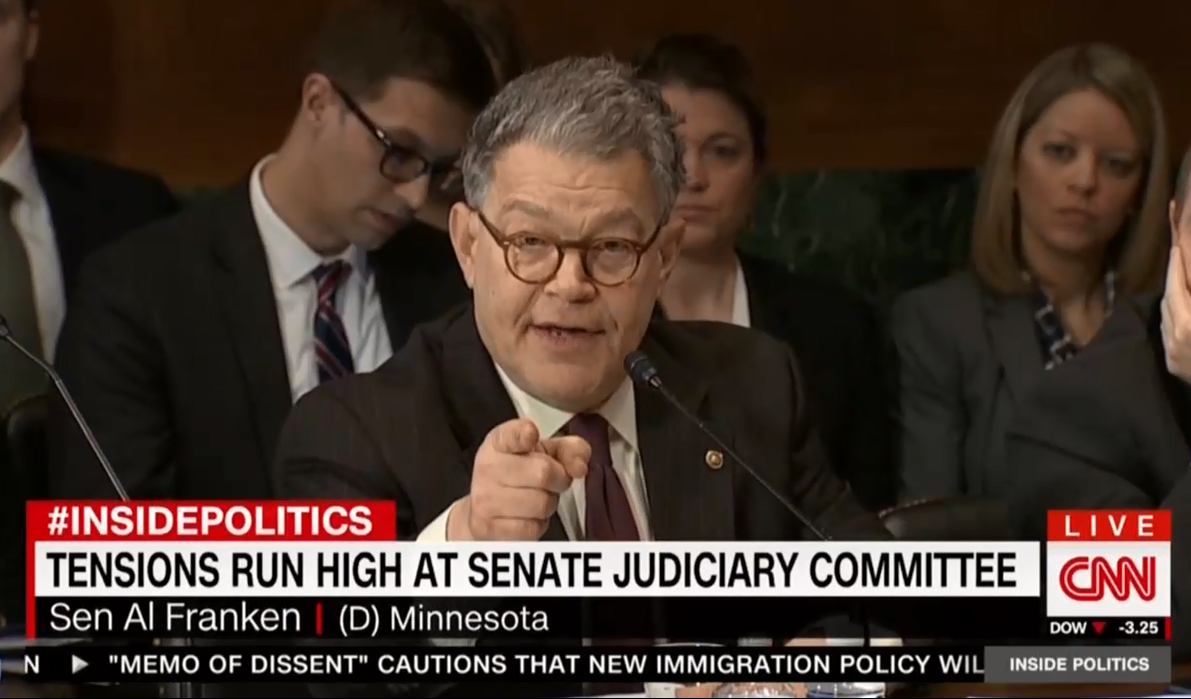 Chuck Schumer is the leader of Senate Democrats and, arguably, the current face of his party. For a narrower role -- congressional Dems’ chief Trump-mocker -- Graham Vyse of The New Republic nominates another senator, Al Franken. Vyse remarked in a Thursday piece that Franken “has largely shunned the spotlight” on Capitol Hill, but now he needs to “harness his talent as a public entertainer and take on Trump as only he could: with devastating wit.”

“Franken was a brilliant, innovative political satirist,” opined Vyse. “He married rigorous, almost academic analysis with the comedic timing of a stand-up act, resulting in what could best be described as funny fact-checking.” At recent confirmation hearings for Trump cabinet nominees including Betsy DeVos and Jeff Sessions, Franken stuck with his senatorial persona of “(mostly) avoid[ing] jokes.” Nevertheless, Vyse enthused, “he hasn’t lost his taste for debunking conservative misinformation -- or exposing right-wing ignorance…Used to skewer Trump and the Republicans, his humor could be politically effective.”

Vyse noted that quite a few pundits “blamed liberal comedians like Stephen Colbert and Jon Stewart for the rise of Trump. Some claimed these comedians contributed to the very ‘fake news’ and ‘truthiness’ they’d set out to satirize.” That criticism, Vyse claimed, doesn’t apply to Franken (bolding added):

The model for Franken wouldn’t be Stewart or Colbert. His humor has always been drier than theirs, his style more subtle. He has always attacked the right’s arguments with near-fanatical detail and depth -- meticulously, and sometimes hilariously, dissecting their factual inaccuracies and other flaws. That’s exactly what Franken has been doing on the Hill these past few weeks, and it packs more punch than his books ever did because he has the gravitas and pulpit of a U.S. senator.

Franken’s gravitas aside, you may remember that liberals often refused to take Ronald Reagan seriously, even when he was president, because he’d had a long career in showbiz. For what it’s worth, Franken and Reagan were first elected to public office at similar ages: Franken was 57 when elected to the Senate and Reagan was 55 when the voters of California chose him as their governor in 1966.