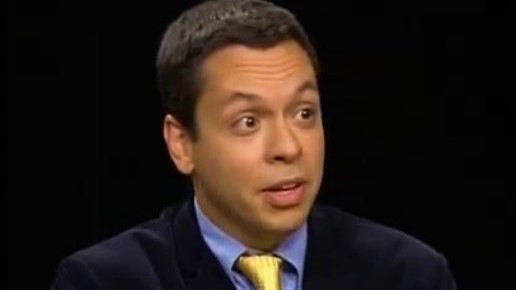 Daily Kos founder and publisher Markos Moulitsas is pleased that “several media operations have decided to join reality [by] calling the Trump regime’s lies what they are -- lies.” Still stuck in unreality, according to Kos, is NPR, which, he alleged on Wednesday, “remains steadfastly committed to enabling the ruling regime’s propaganda efforts.”

The pegs for Kos’s post were two recent statements from NPR personnel. Reporter Mary Louise Kelly explained that she didn’t say President Trump lied in his remarks at CIA headquarters because his “false statement[s]” there may not have been “made with intent to deceive.” Michael Oreskes, NPR’s senior vice president for news, endorsed Kelly’s stance: “Our job as journalists is to report, to find facts, and establish their authenticity and share them with everybody. It's really important that people understand that these aren't our opinions…I think the minute you start branding things with a word like ‘lie,’ you push people away from you.”

All that made Kos fulminate (bolding added):

What a load of horseshit, rendering the entire concept of truth moot. If Trump says the sky is purple, how could we know if his little brain actually intended to utter such a stupid falsehood? Why, it’s probably all just a misunderstanding!

You know, conservatives rally around conservative media, unified in message and purpose, while liberals consider themselves all superior because they listen to the soothing blather of NPR.

Never forget—supposedly “liberal” news outlets like CNN, the New York Times, and NPR were some of the biggest purveyors of bullshit stories on Clinton’s emails (remember that non-story?) and the Clinton Foundation (remember that other non-story?) -- stories that were of critical importance to the nation, until they suddenly, overnight, were not. (What changed? I wonder…)